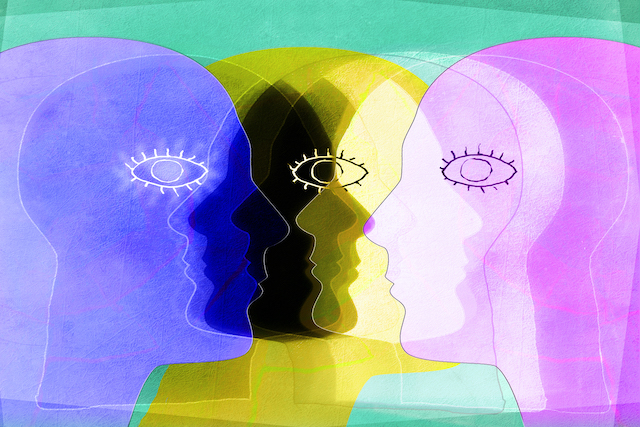 “I’ve discovered that you can’t change people. They can change themselves.” ~Jim Rohn

This is indeed a fact—a fact I took a long time to learn.

You may argue that we help each other change, and it’s true. But the deepest truth is that only we are responsible for our own growth.

The most difficult work is the seemingly minuscule shift from resistance to willingness, which allows us to face the difficult things we’ve been hiding from, and only we can do this for ourselves.

I had boyfriends who had issues. One of them lacked ambition; he was already lost when we met around age sixteen. I, on the other hand, was born with sparks at my heels. It took me two years to have the courage to break up with him.

I dated another sweet guy who also happened to be lost. His mouth said a lot of things about what he wanted to do with his life, but his body seemed to be paralyzed. I figured this out pretty early on and broke things off.

Then his cousin called to tell me he was okay but that he’d been shot (wrong place, wrong time they say), and I dropped everything to take care of him. I convinced myself this was the catalyst for his change. It wasn’t. Almost a year later we broke up.

Then there were other guys with other issues. Some of them frozen in fear from traumatic circumstances and others with kinks they were unwilling to iron out.

Then I was twenty-nine, and I met this guy I told my roommate was “really great, but not gonna be my boyfriend.” He kept asking me out and he kept having nothing but positive qualities, so I found myself in love.

And he loved every ounce of me. Suddenly I was wrapped up in a man who thought I was spectacular just as I was, and couldn’t help but tell me every chance he got.

His unconditional acceptance allowed me to see that I had been busy trying to save men instead of saving myself.

Only through the cloak of genuine love can we have the courage to face the darkest things about ourselves, things we’ve been hiding from our whole lives. And I was ready for it, so it all spilled right out.

I saw that my whole life I had been trying to be someone instead of simply allowing myself to be.

I realized that part of the reason I had been drawn to the men from my past was because helping them gave me a sense of control. I didn’t trust them to figure it out on their own; I didn’t trust myself to be with a man who was genuinely strong because I wasn’t yet.

I was afraid of losing them and the feeling of worthiness they provided me, so I tried to control their lives and my own.

I believed I could manipulate circumstances to create my happiness. And one day I woke up to the recognition that trying to control everything in my life hadn’t worked out very well for me, and, frankly, it was exhausting.

It was simply much easier to accept things as they were; the burden was gone, the trying, the effort, the need for things to be different.

I wasn’t nudged or asked to work on these things. I did it for myself. Because I needed to.

So I think we need to stop asking each other to change. We need to embrace who it is we see in the moment and accept them as they are. If they can’t be in our lives in the way we’d like because of who they are in that moment, then we get to make the choice to move on.

But we can’t force each other to change.

Sticking around because we see potential, in turn, stifles ourselves.

I had to walk away from the man who changed my life. Because I had loved and been loved so deeply, the loss of that relationship left me in a deep depression. For the first time in my life I didn’t really care about anything. But it turns out that letting go is one of the gorgeous gifts of life.

I embraced love and truth and difficult feelings and no feelings at all. On the other side of letting go I was left in the residue of the truth of my humanity; I am always left with myself, and it’s myself that I must remain true to.

When we desperately try to make something work that just isn’t working, we waste an immense amount of energy and create a lot of suffering.

So, when we finally walk away we feel light (eventually). We realize we are full as we are and so we attract fullness. When we do this we’re allowing the highest love to come into our lives.

Each relationship I’ve had has become a part of me. The love still exists, and the pain transforms into love when we allow it. The difficult truth is that when someone is hiding in fear or suffering in pain or rejecting our love, we have to allow them to do that.

We’re not here to fix each other or change each other. Sometimes the best choice is to let go and trust each of us to handle our own journey.

30 Self-Care Tips: How to Avoid Sickness, Burnout, and Exhaustion