When You Dance with Discomfort, Surprising Things Can Happen
By Denise McKen 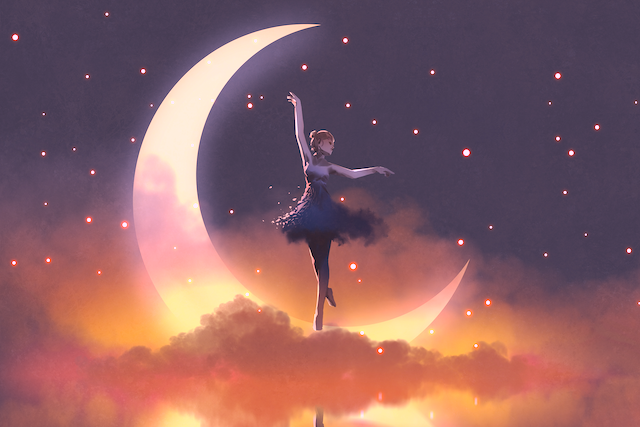 “I wish for a world where everyone understands that discomfort is the price of legendary. And fear is just growth coming to get you.” ~Robin S. Sharma

For years, I felt like the most incredible dancer. Whenever I heard music, no matter where I was, I would start moving, at first slowly and then, as the music started to infuse my soul, with increasing abandon. In that moment, I was filled with passion, and I completely let go. It was me and the music—no-one and nothing else. I was in another world.

When I danced in front of others, I would take great delight and bask in all the applause showered upon me for sharing such a passionate performance. I couldn’t imagine doing anything else. Why would I? Dancing brought so much happiness into my life, and I felt free every time. That’s all I wanted: joy and freedom.

But, no matter how many times I danced, it always ended in the same way: I would come crashing back down to earth with an almighty thud. You see, it wasn’t real. The dancing, the applause, the joy and freedom I felt; it was all a figment of my imagination. It had been going on for over five long years.

The truth is, I wanted to dance not just in my head but for real. I wanted to take classes and learn to dance to the best of my ability, but I was too scared. I was scared of being ‘past it.’

I believed that no-one my age took dance classes, or at the very least, only a few. And I didn’t like the idea of being the oldest in the class trying to keep up with the younger ones and only managing to look like some fool.

But my desire to dance eventually overtook any fears I had. It’s as if the desire took on a life of its own, and the more I dreamt about dancing, the stronger my desire burned, until the point where it burned so strongly that it finally set my fear alight.

And with my fear going up in flames, the ongoing thoughts that had such a hold on me weakened, and I found myself scanning websites for classes in my area. Finally, after all those years of being held back by fear, I booked myself onto a course. I was finally going to dance for real.

I never expected to step into the studio and dance in the same way I danced in my head. I was a complete beginner after all. I certainly harbored a secret desire to pick up my chosen dance style effortlessly and without making barely any mistakes but of course, that didn’t happen.

My perfectionist side reared its head often. I knew I had a long way to go and that I would make many mistakes but still, I wanted to dance properly, and I wanted instant gratification. My understanding that it would take time and my inner ‘Ms Perfection’ clashed greatly, but I kept going.

Watching the other students in my class and falling into the comparison trap didn’t help. Even though it was a complete beginners’ class, everyone had different abilities. Some stumbled a lot, others seemed to pick everything up without having to think about it, or so it seemed, and still others looked as though they may have had some previous dance experience, perhaps in a different style.

I would look at them and often wish I could be like them, but that was usually when I believed I wasn’t progressing quickly enough. That would lead to me becoming increasingly angry with myself and spoiling my own enjoyment of the very thing I had been wanting to do for years.

The one thing I was relieved about the most, however, was not being the oldest, which happened only once and even then, it didn’t bother me as much as I thought it would.

So there I was, fully immersed in my weekly dance class and loving every moment, when I wasn’t getting frustrated with myself, and all I could think about was other classes I could join. I never for one second imagined that there would be a bonus to following my heart’s desire, and I never expected to want to push myself further.

As for the final surprise before the year’s end, I never would have thought it could have been possible. I thought that was it; I busted through my dancing fear—or rather, my desire engulfed my fears on my behalf—and I was happy.

The bonus came in the form of a clearer mind, which makes sense, considering that I no longer spent hours stuck in my head dancing and then constantly thinking and worrying about why I couldn’t do it for real.

And then, because I felt the need to stretch myself a little further, a few months down the line, I found myself enrolled on a drama course. Me, taking drama classes. It was, in fact, a course for the more quiet person, so although it was a slightly adapted version of what you might consider a traditional drama class, I did it, and it was a big deal for me.

But the biggest surprise was quitting refined sugar. I always had a slight sweet tooth, but after thirty days of being on a wheat-, grain-, dairy- and sugar-free program, I didn’t want to go back.

I was proud of the fact that I managed thirty days without sugar and wanted to continue, even if it were simply to see how long I could keep going. And to this day, nearly four years later, I’m still added-sugar-free and don’t feel the need to change anything. All this, I believe, came from honoring my soul’s calling.

Would I have taken a drama class if I had never initially taken dance classes? I don’t think so. Would I have started a thirty-day wheat-, grain-, dairy- and sugar-free programme and continued with my added-sugar-free life? I don’t believe so. Why? Because dancing led to me wanting to grow in other areas. I was already expressing myself through dance, so wanting to improve how I expressed myself verbally followed.

Because I was feeling good about the exercise I was getting each week through dance, I wanted to focus on my health even more. It now scares me to think what would have happened had I not ‘got over myself.’ I would have remained stuck in my head, pretending.

I would never have given drama classes a second thought, and I probably would have kept on eating more refined, sugary foods than I had wanted, experiencing the uncomfortable sugar highs and lows. I’m overjoyed that I allowed my desire to take over and help me to ignore my fears of taking dance classes. So here’s to following our soul’s calling and allowing it to enrich our lives.