Where My Social Awkwardness Came From and How I’m Getting Past It
By Dr. Eric Tan 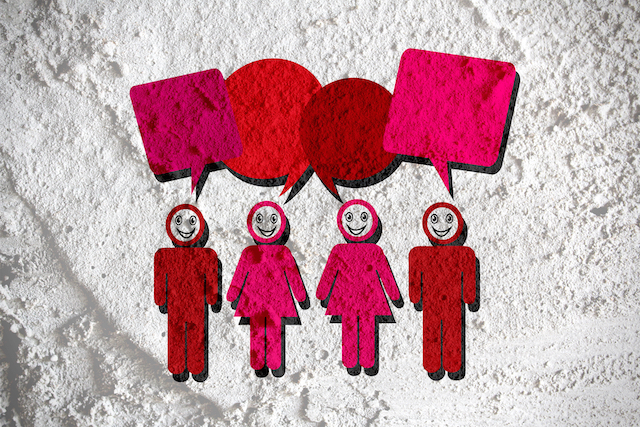 I’ve recently become increasingly aware of my social awkwardness. In fact, my awareness of it sharpened quite suddenly one day as I was innocently talking to a colleague about work-related matters. When I managed to provide a possible solution to her dilemma, she was full of praise for me.

To make matters worse, she looked me in the eye and told me, “You’re simply wonderful!” Then she remembered a previous comment I’d made about feeling that I did not quite fit in to my workplace, and she added, “I just want to let you know that we all value you in our team. We love you.”

The effect on me was immediate. I went into a panicky and self-conscious flap and fired back with one self-deprecation after another to deflect such exposing attention on me. I could tell that my colleague looked surprised at my reaction, so I managed to stammer out my thanks.

At another time, I was speaking to another colleague about a project I was doing when he suddenly revealed that his marriage was struggling. Again, I had the same cold, panicked feeling, only it was much more intense than the first encounter. I think I froze then.

These encounters brought up other memories in my personal and professional life where I had a similar felt sense of cold panic that foreshadowed a socially awkward interaction. Now that I was doing an actual tally of how many times I’d felt this social awkwardness, I was aghast at how frequently these occurred for me.

So why was I beset by it? Surely I was not born with it. My young niece and nephew are testament to that, as they lack any social awkwardness or self-consciousness whatsoever. Or as my brother observed, “Look at them! They’re shameless!”

Could this mean that I picked up my social awkwardness (and self-consciousness) somewhere along the way? If that were true, then I have hope of becoming more comfortable in my own skin, because it is not hardwired into me. I might even someday achieve shamelessness.

Getting Under My Own Skin

I started by exploring how my body carried (and still carries) social awkwardness and self-consciousness. Looking back, I see that my responses to people happened like a bodily reflex, without conscious thought. So I looked out for those times when I was interacting with people that brought up the bodily reflex.

This is what I discovered over time: The body-feeling of my social awkwardness had layers. In my journal I described it as a cold panic on the surface with a slippery feeling underneath.  It feels like a melon seed, hard to grasp. Why slippery? The words “I slip away” fit this feeling. Why was there a necessity for me to slip away?

Yes, because I was overwhelmed by the sheer raw and undisguised nature of these personal encounters. Social awkwardness is, at heart, the fear of being vulnerable in the face of unmasked intimacy.

All this was way too intense for me, and I didn’t know how to respond to it. What would have happened if I showed myself fully to the other person and it was shameful? What if the other person became too needy?

These encounters are not in themselves overwhelming. Rather I am the one being overwhelmed. I feel that I do not have what it takes to be exposed, like I am paper-thin and will burn out in the intense heat of the raw human connection. It is a child-like feeling, like something very young in me has to handle the serious adult-ness of these kinds of connections.

As I focus on this feeling, memories connect. Some of them include the intense and dramatic fights I used to have with my family, and also the nerve-wreaking shouting matches I witnessed among them. Thinking about these episodes even now makes me feel kind of repulsed. The unbridled emotions and the ugly way they are expressed make me recoil.

More so, when I recall myself being emotional, I feel repulsed with myself—more embarrassment and shame. I remember further that for the most part in my younger years, my clumsy attempts to express my strong feelings, or to express myself in general, were usually disregarded at best or met with scorn at worst.

There was a big pervasive sense that these feelings and being “true to oneself” was a bad thing, whether applied to myself or others. No wonder I closed myself off and slipped away.

And straight on the heels of this notion comes a question: What happens if I show myself and my feelings to someone who responds in the exact opposite way? Someone who would welcome my feelings instead of rejecting them? Take them seriously without making a big deal out of them? Would I become more comfortable in opening myself up?

The possibility of this fills me with excitement, although there is also a sense of caution. It says, “Not now, not yet, it’s too much to risk.” I leave it because, for now, this knowledge is enough in itself.

Strangely enough, making these discoveries brought about a series of small releases within me. It was as if I had made a real-time connection to the truth behind my social awkwardness and self-consciousness, and the connection alone allowed these feelings to loosen a little. I felt like I’d opened up a tiny bit more.

What I’ve Learned So Far

I have only begun what I sense to be a fairly long journey of self-discovery, and I would be lying to say that I am now happily shameless. However, I feel empowered by what I’ve learned about the process of self-discovery. I also feel hopeful that I could one day become shameless, because I can find out what I need to get there.

I’ve found that if I interact in a curious way with the real-time feeling of social awkwardness, I can learn fresh information from it. It is the quality of interaction with my feeling, one coming from a position of not-knowing and wanting to discover more, that allows the feeling to change. From its not-knowing stance, the discovery process is pretty scientific.

In fact, I find that this kind of interaction is identical to times when we meet someone new and we interact with them to find out more about them. We are trying in these cases to get underneath the initial encounter with this person, to learn about who they are inside. Just watch children. They do it all the time.

I also feel that these kinds of internal interactions are very crucial in those of us laboring with social awkwardness and self-consciousness. After all, these feelings happen in the context of human interactions, and I believe that the very first of these human interactions is with ourselves. When we are able to be open to ourselves (which is a less risky option than being open with others), we regain the capacity to open up with others.

Try This Out—Interacting with Yourself

If you too have always felt a visceral barrier between yourself and others, and even with your own true feelings, try having these kinds of interactions with the feeling parts of yourself. In this case, it is the parts of yourself that feel socially awkward.

Take a moment to sense how they feel in your body. Then start interacting with them with the attitude of “I wonder what I can discover at this moment.”

Here is a list of useful guiding questions you can ask your socially awkward feeling part:

Take your time, revisit this feeling part often, and learn as much as you can from it. It will start to soften and change then.

Dr. Eric Tan is an Australian-Based clinical psychologist who is interested in helping people transform their emotions deeply. His own way of doing Focusing (the Snowflake Method) is distilled in his book (with Dr. Sam Tan) A Little Book on Being Naturally Joyful. Their other book is Dying to Connect But Scared to Death: Moving Beyond Social Anxiety.

To Reduce Stress, Stop Globalizing and Put Things in Perspective

Why We Shouldn’t Force Advice on People & What Actually Helps