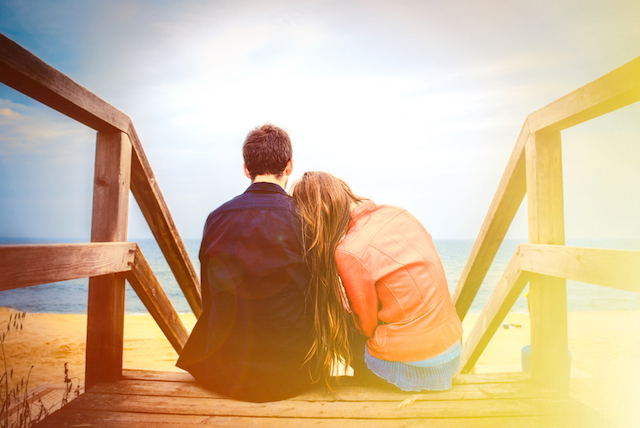 “Listening is a magnetic and strange thing, a creative force. The friends who listen to us are the ones we move toward. When we’re listened to, it creates us, makes us unfold and expand.” ~Karl A. Menninger

I remember my first call like it was yesterday.

I answered the phone, heart beating out of my chest, hand firm on a sheet of local emergency phone numbers.

The voice on the other end was full of… meek embarrassment.

Not exactly what I was expecting.

“Uhh, I’m really sorry… I’m not, uhh… I’m not suicidal…. I just… I just had a huge fight with my girlfriend…. I just… I really need to talk to someone…. Is that okay?”

If you’re like I was before I became a volunteer in 2011, when you think about a suicide hotline you imagine circumstances so traumatic and unbearable that they bring people to consider ending life.

But, I soon discovered that everything I expected to be true—everything from what the callers would be like, all the way up to how I would handle them—was completely wrong.

And what I learned forever changed the way I think about pain.

My First Big Surprise About Pain

I became a volunteer because I wanted to help people who were hurting.

But looking back, I realize that I had a big misconception about what those people would look like.

I imagined two discreet groups: “normal” people living with minor ups and downs in one bucket; and “broken” people struggling with trauma and unrelenting emotional upheaval in the other.

(I had imagined I was in the “broken” category, but that is a story for another day.)

I was sure callers to the hotline would fall into the latter bucket, too.

Which is why I was very surprised when I found myself speaking with “normal” people over and over again, people who I might easily have met behind my local coffee shop counter or in the grocery store aisle.

I began to see that we are all vulnerable to pain so big that we might reach out to an anonymous ear in order to pour out our hearts.

I realized that some of us may struggle with mental illness, but none of us are “broken.” Feeling extreme pain is simply part of the human condition.

But that was just the very beginning of what I was to learn.

What We All Need More Than Anything Is to Be Seen

I thought my work at the hotline was going to be about giving advice. Indeed, I looked forward to it.

I fantasized about offering guidance toward self-transformation.

But, although I didn’t understand at first, all of these things were actually forbidden at the hotline. My role was to be an attentive listener.

This only began to make a little bit of sense when I realized that there was just one thread running through each of the hundreds of stories shared with me by callers: a lack of a trusted confidante.

What each and every caller had in common was a deep craving to share themselves with a caring listener. Our job as volunteers was to offer this.

Okay, that made sense to me. In a world filled with busy, stressed out people, it’s too easy to feel like we don’t really matter to anyone beyond fulfilling our obligations, if at all.

Maybe it was this feeling—the feeling of being invisible—that was bringing so many callers to the brink of despair and onto our phone-lines.

This simple string of words was taught to volunteers in order to make callers feel deeply seen and acknowledged.

But are you wondering (as I did) how simple parroting is supposed to do anything substantial?

Yet I found that callers were indeed substantially moved when they received undivided and caring attention.

Someone might begin a call in a frantic tone of desperation only to end it with a sense of peace and hope, all because a volunteer fully acknowledge their complete being.

Eventually, I even began to see that well-meaning “help” (like advice or personal anecdotes) could actually be damaging.

Telling someone in pain about ideas based on our experiences crowds out what a distressed person really needs—a reflection, pure acknowledgement, to be seen.

We Are All Profoundly Resourceful

Despite callers’ uplifted moods, for a time I was still skeptical about the usefulness of empathetic listening.

But if I am being honest with myself, my problem was that it made me feel unimportant.

If all I was doing was holding up a mirror for callers, how was I supposed to get satisfaction out of my work? Didn’t some of them need my hard-won wisdom?

But I soon noticed something interesting.

Since most callers lacked a sounding board for their deepest feelings—buried anger, forgotten hopes, disappointments—many of them started to lose touch with those feelings until they bubbled over into a catastrophe.

Callers often didn’t even know they were calling the hotline to talk about their uncomfortable feelings.

They called the hotline to talk about tangible problems—major relationship conflicts, getting fired, losing a friend.

I started to notice that it was only after having the chance to speak without interruption for several minutes, receiving only empathetic sounds of understanding and reflection in reply, that they would even begin to unpack the twisted mass of pain in their hearts.

And that’s when I caught a glimpse of the magic beginning to happen.

Once the mirror I offered allowed callers to glimpse hidden corners of their inner worlds, they were empowered to keep exploring.

Soon, they were clearing away cobwebs and dusting off all kinds of rusty tools and insights, all as I sat, phone propped on my shoulder and mouth gaping at the miraculous turnarounds that had virtually nothing to do with me.

The truth was that callers didn’t need to hear about how I fixed my own kinda-similar problem.

They didn’t need to hear about what my friend did in the same situation.

Indeed, hearing my own musings would have interrupted the magic process.

My ego was disappointed at first, but watching someone else regain their footing is immensely more satisfying than patting yourself on the back.

Instead of my wisdom, I begin to take pride in my ability to convey empathy and ask questions, encouraging callers to dig deeper.

I was truly happy to be doing my small part in helping callers tap into their immense personal resources.

Having Our Feelings Validated Is Transcendent

I was thrilled to be witnessing this new power—the power of skilled and empathetic listening. I saw that it was emotionally replenishing for callers and empowered them to calmly analyze their hearts and their worlds.

But there was something else going on, too. Something that seemed almost spiritual.

I felt it, too. When I got off of a call, I sometimes felt a little dizzy, a little euphoric.

But why was I feeling so uplifted by conversations that started because someone had been feeling hopeless and alone?

What I came to realize is that empathetic listening offers a lot more than soothing companionship.

Empathetic listening and acknowledgement also means giving someone the chance to feel like they fit into the order of the world.

It means allowing someone to feel like a puzzle piece slotting perfectly and seamlessly into something bigger than themselves, like they belong. It is truly transcendent.

And since the act of empathizing deeply with another person means becoming one with them for a short time, as a volunteer I was experiencing the transcendence, too.

With every call I felt a part of a bigger whole. I felt connected.

And by the way the callers often thanked us volunteers, sometimes even through tears of relief, I knew they felt connected, too.

Volunteering at the suicide hotline convinced me that listening and connection are so powerful that they can relieve even the deepest pain.

I might not have found my chance to shine as a skilled sage, but discovering that even the most troubled among us can begin to regain footing was infinitely more satisfying.

“Yes, absolutely, it’s okay.” I said to my first caller. “It sounds like you feel really, really upset. Tell me more about that.”

Katharine Di Cerbo left psychology research to start helping those of us who feel alone, despite lives filled with people, and would enjoy more emotional connection. Download her FREE LISTENING CRAFT GUIDE—based on the techniques she learned as suicide-hotline volunteer—to learn about how skillful listening can help you do just that.

How I Survived Suicidal Thoughts When I Really Wanted to Die