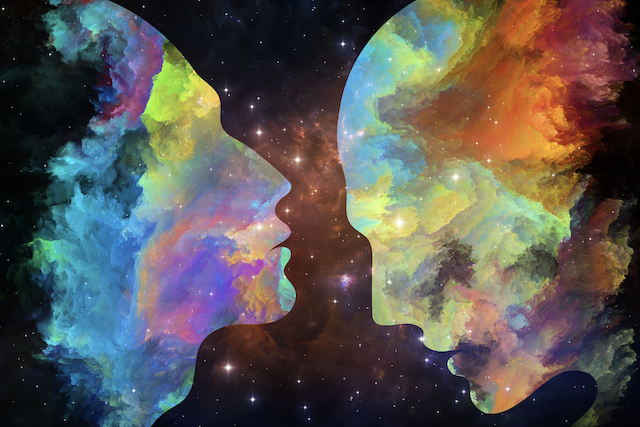 “I was once afraid of people saying, ‘Who does she think she is?’ Now I have the courage to stand and say, ‘This is who I am.’” ~Oprah Winfrey

In May of this year, I decided to take a personal development course, hoping to resolve some of my limiting beliefs and raise my confidence to pursue my professional goals.

The course turned out to be far different from what I thought it would be, and it blew my mind. In just three days, I transformed the way I functioned in most of my relationships.

A week before the course, I began analyzing my friendships, and one in particular came to my attention. I was becoming aware of the triggers that led me to doubt our connection and how healthy this relationship had been. The resentment that had built up in me was slowly being revealed, and I wanted to make a change.

At first, I became very standoffish about the situation. I shut down and stopped reaching out. I reasoned with my ego that it’s not my job to make people aware of what they are supposed to do, or what I think they should be doing to make me feel worthy and valued. What can I say? Self-righteousness is a funny friend.

I had no plans to approach the situation between us, believing that she was at fault since she wasn’t investing in our friendship and I was the only one doing the work.

On the first day of the course, the leader challenged us to make amends with people who we weren’t authentic with. Suddenly, my reasoning started to crumble. I had to confront the situation, no matter the outcome. It terrified me.

As much as I resented the truth of neglecting myself and therefore creating relationships where I wasn’t appreciated and valued, it took me about three hours to let that go and reach for humbleness instead.

It was 7:15 pm when I dialed the number. I was nervous, my voice was shaking, and I kept reminding myself not to sound blameful. As we started the conversation, I told her that there was something I needed to talk about.

I went on to say that I didn’t feel our friendship was a balance of give and take and that there was a fair amount of negativity taking place.

After I expressed my concerns, she said she didn’t quite understand. She asked for specific examples of what I didn’t like about our relationship, and I cited several instances where I felt dismissed and unappreciated.

She went on the defensive and, after listening to me for a while, said, “I don’t think I can give you what you’re asking for.”

Ouch. Suddenly, I felt a familiar pit in my stomach that often occurred when someone rejected me. My worth was threatened, and I could feel it with every ounce of my being.

I wish I could tell you that this conversation ended with us resolving the issue and strengthening our friendship. Unfortunately, this wasn’t the case. I continued with the course for another three days while proudly sitting in my self-righteous state of mind.

When we don’t address our struggles concerning our worth, we tend to neglect our needs to gain validation, love, and attention from others. Although, deep down, we know our needs aren’t met and we are abandoning ourselves, we feed our egos by finding significance in being the bigger person.

Putting things into perspective, here are questions I pondered: Who plays the bigger role in an unhealthy relationship? Is it a person who feels that everything is about them, or a person who gives them space to be this way in order to feel valued and needed? I am concluding that both are equally responsible. Lack of self-worth can present itself in many forms, and this was mine.

Two days after the course was over, I spoke with one of my other friends, sharing what had happened and how hurt I felt by the whole situation.

She challenged my story by asking me, “Have you ever told her that you need help? Have you ever shown her that you’re struggling and need her?” Her questions triggered me because, deep down, I was fully aware that I often don’t express my needs or struggles to others.

Some of my favorite lines are “I got this” or “It is what it is.” Knowing what I know now, this may only work as a T-shirt slogan. But in all seriousness, I rarely communicated my needs since I didn’t consider them as important as the needs of other people.

She went on to ask me, “Considering that you’re never open and vulnerable enough to allow others to be there for you, would you say you might have been a fake friend?”

Another ouch. Suddenly, I was faced with how inauthentic I was. Leading people to believe that I was Wonder Woman without any need for help was a double-edged sword. It meant that I denied my needs while secretly becoming resentful and angry.

I realized that acting from an unhealthy place of unworthiness, while trying to maintain the role of a bigger person, was never about helping others. I was trying to fulfill some emptiness in my soul that I hadn’t healed.

If we believe, for whatever reason, that we aren’t worthy or enough, we will constantly look for validation from the outside world and use self-destructive behaviors to prove ourselves since our souls are starving.

Unless we heal our childhood wounds and stop seeking validation from our accomplishments or other people, we will spiral into a toxic circle of lack and inadequacy.

After a very honest and painful conversation with my friend, during which I sobbed like a four-year-old losing their most precious toy, I decided to reach out to her again. I was too scared to make an actual phone call, so I decided to send her a voice message instead.

The purpose of the conversation was to be authentic about having been inauthentic. I expressed the hurt I felt and how fake I’d been in our friendship. I expressed my resentment and that my ego was still standing in the way, but at least I was aware of it. Also, I told her that she wasn’t the only negative person in our friendship, and that my resentment created an equal amount of negativity and toxicity for both of us.

She replied by saying that she was acknowledging my message but needed to reflect on it. Since then, I haven’t heard from her.

Although this may sound like a sad ending, I don’t see it that way. For the first time in my life, I stood up for myself and for what’s important to me. Instead of denying my needs, I voiced them. I was aware of the boundaries that were missing and made them important. I was acting from a place of worthiness and self-love. Although it meant that I was losing the friendship, at least I wasn’t losing myself, as I often have.

While working on our healing and addressing our traumas, we often overlook the importance of others in our healing process. If we want to recover from past pains caused by difficult relationships, we must create bonds with people based on love, compassion, and mutual support.

Although our recovery is personal, even isolating at times, a big part of our healing happens within partnerships with others.

For example, let’s consider a scenario where our trust was broken, and we were traumatized to trust again. It’s difficult to heal this problem on our own. We must nurture new relationships or fix old ones since trust is the essential foundation of a relationship. This is how we heal and gain confidence in trusting others again.

Moving forward, I know I will face the challenge of helping others or being there for them from a codependent state of mind again. However, this time, I will be able to recognize it, pause, and reevaluate the actions and investments I make in other people.

Although breaking the limiting belief about my worth has been a tough task for me, I am getting a glimpse of what it feels like to stand in my power and value who I am. Knowing that I have the potential to feel worthy in relationships, I can say, with confidence, that I am certainly not stopping now.

Silvia Turonova is a mindset coach who teaches women how to develop more self-trust and inner confidence while learning how to bet on themselves. She hosts a podcast Courage Within You and is passionate about teaching others how to coach themselves. Get her free self-coaching worksheet here.