Why Quitting Is Sometimes the Right Thing to Do
By Guest 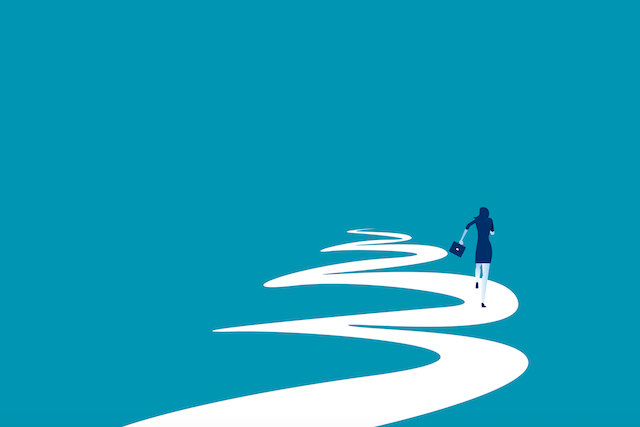 We often think of quitting as failure. We commend people for carrying on when times get rough. The heroes in our action movies don’t just give up when things get difficult. When was the last time you saw Steven Seagal walk away from a fight?

As the saying goes, “When the going gets tough, the tough get going.” Society expects us to fight back and battle on.

But sometimes, quitting is most definitely the right thing to do.

Sometimes, it’s the best option. A lot of people assume that it’s the easy thing to do—that only defeatists and good-for-nothin’ drop outs would even consider such a “cop-out.” This is not the case.

I learned this myself when I finally made that looming decision to drop out of college. There it is: “drop out.” Even the words sound negative, as if I’ve fallen away from society, failing to meet my expectations. But I don’t see my decision as a negative thing at all, and it wasn’t the easy thing to do.

I had been at college for a year and two months; I had great friends, and everything was happily laid out for me.

Nothing was too demanding, especially considering I had only nine contact hours a week. People told me where I had to be and when. This must all sound fairly straight-forward and easy going.

Why, then, would I decide to give it all up and leave?

As idyllic as this lifestyle sounds (and probably was), I simply felt no drive to live it. I had no desire to follow these laid out plans, and this was making me extremely unhappy. Going to college was, in hindsight, a bad decision for me.

I rushed into the decision rather than taking a break to find myself in the world.

College, for me, was a lot like a bubble. I had a level of independence and responsibility, but I wasn’t yet part of the reality outside of school.

Don’t get me wrong—college makes sense for those who feel happy there and want to be there. But for me, this bubble was suffocating.

The longer I stayed, the more trapped I felt.

I believe that going to college is, for a lot of people, a very good decision. Many are suited to it, and it’s an extremely beneficial experience for them. People get the opportunity to grow intellectually, socially, and professionally, not to mention the fact that they leave with extremely valuable qualifications.

I, however, wasn’t in the right frame of mind to be studying anymore; I needed time out to try a different approach.

The decision to leave was certainly not an easy one.

There are many risks one takes in leaving higher education. With the economy as it is, bagging a job is not exactly the easiest thing to do, and it can be even more difficult when you don’t have a degree.

This was perhaps the biggest concern that I had to seriously consider, among other practical issues.

After about a year of weighing my options, I finally took the leap. I told my family I was leaving, I told my friends, I told the university and, most importantly, I told myself.

This was a scary decision, but I finally made it, and once I did I felt I could breathe again.

I could have continued going against my instincts; it would have been easier to sail along, ignoring my unhappiness for a few more years instead of stepping out into the world without a job or much of a plan.

But I knew in my gut that the situation wasn’t right for me, and that I needed something new. So I left, and no matter what friends, family, or employers think about that decision, I know it was the right choice for me.

It doesn’t mean I was weak; it means I was brave enough to change what wasn’t right.

Sometimes you feel in your gut that the path you thought you were meant to take is wrong for you.

It takes a lot of courage to admit that, even to yourself, let alone to the rest of the world. Sometimes you have to leave that path and find a new one. Or, if there is no new path to be found, create a new one.

This can apply to so many aspects of life—home, work, education, family, friends, relationships, and habits.

I’m not saying that if something doesn’t feel right or instantly work out that you should give up on it straight away. Carrying on is also brave and can be the right decision. But if you know that quitting something is the right thing to do, don’t be afraid to do so because of what others might think.

Make a change in your life.

We only have a limited amount of time and yet a limitless number of different paths to go down. Don’t waste your time on one that feels wrong, on something that is compromising your happiness. Find something new.

We all quit something at some point, so don’t fear the stigma.

Do what brings you happiness. Embrace the change.

Open some doors and let the air in. Breathe.