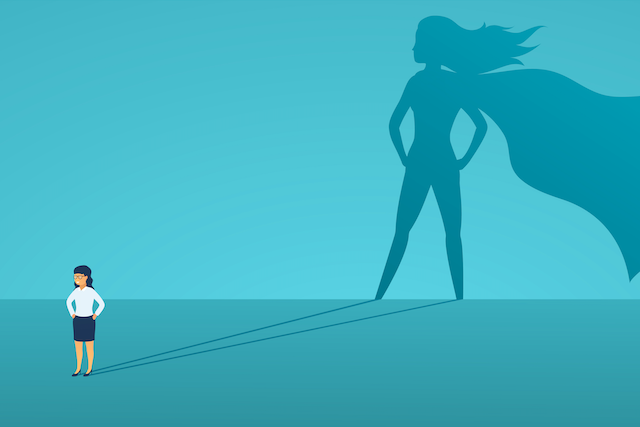 Throughout my life I’ve quit many things.

I quit a reasonably ‘sexy’ job title and steady paycheck.

I quit a six-year relationship with an essentially giving and loving person.

I quit being a yoga teacher after investing heavily in getting qualified.

I’ve quit many courses halfway through like calligraphy (of all things), ‘life design map’ courses, and online courses for all sorts of random things.

I quit therapy once, before they told me we were ‘done.’

Yep, I’m a quitter. Or at least, that’s the label I gave myself.

You see, for many years I was the queen of being mean to myself. She can still pipe up on some days, but I used to be so continually nasty to myself, it was exhausting.

“You never finish anything.”

“You just don’t have what it takes to go the distance.”

“Why can’t you just see things through? What the hell is wrong with you?”

The other day a client told me she had these same questions (which are really just nasty taunting statements) going around in her head, as she felt guilty for giving up on something that she’d known for a long time she didn’t want to continue.

“I feel like a quitter, Nat. Won’t walking away mean that I’m just quitting?”

And so we began to talk about the meaning of quitting.

What does it actually mean anyway?

To me, to quit means to leave, usually permanently, or to be rid of something, right? I mean, that’s what the dictionary definition tells us.

But what if all the times we labeled ourselves as quitters were actually times when we were following our very finely tuned but so often ignored gut instinct?

What if quitting was just a term we’ve become used to hearing from the people around us, from our parents, from anyone else that might have reminded us where we “should have stuck things out,” but holds absolutely no truth in relevance to the situation we supposedly decided to quit?

I mean, let’s take the end of my six-year relationship for instance, which some, including my ex, might view as me having ‘quit.’ Do the years prior to that, where I struggled with myself over what was working and what wasn’t, and where I held on and tried to keep things together for both of us, not count as me working hard to keep going?

If I casually had just walked out without a reason, that would have been quitting, but I didn’t; I stayed and fought for as long as I could, and I made a decision that I felt at the time was right for both of our long-term happiness.

And then maybe you could also say I quit being a yoga teacher, or at least my mum might have been worrying about that at the time. “But what about all that money you spent traveling over there and taking the course?”

And I could understand her worry, but I reached a point when I had to be honest with myself.

I had been putting pressure on myself to be a perfect and shiny and accomplished yoga teacher even though the entire reason I had gone on the training was to heal myself and my spine, tap into who I really was, figure out what I really wanted from life, and deepen my practice. It was never to be a teacher.

So yes, maybe I quit yoga teaching, but again, what I was actually doing was being true to myself.

And I want to encourage you to do the same.

Drop the struggle you might currently be experiencing with the quitter label. It’s never going to serve you, and you know it’s not who you really are.

If you know deep down that something doesn’t feel right—if you know you’re not meant to be with the person you’re with, in the job you’re in, or doing the work you’re doing—then walking away from it does not make you a quitter, my beautiful friend.

It makes you empowered.

It means you have guts.

It means you are strong enough and tuned-in enough to listen to yourself.

It means you’re following your intuition.

It means you know your time and energy are best spent doing something else.

It means you know you’re on the wrong path and you’re brave enough to take action to change direction.

And it means you’re taking responsibility of your happiness.

Does it mean you will quit everything in your life?

No, it most certainly does not. When you find what’s right, you’ll know, believe me.

But turning over several stones to find the one that shines instead of settling for the safety of the first thing you find is a journey few are prepared to walk.

So with that in mind, you’re pretty amazing for having chosen to be true to who you really are.

Finding what lights you up doesn’t come overnight; maybe for some it does, but for most, it requires a few more stones to be unturned.

We can’t live our most expressive, fulfilled, and empowered life trying to labor away at something that doesn’t light us up from the inside out, so stop wasting time trying to, and don’t be scared to do something different.

Natalie Edwards is a writer and speaker focusing on love, relationships and masculine and feminine energy. She inspires others to tap into their truth and learn how to authentically connect with one another. Find out more about Natalie on her website.

5 Valid Reasons to Be a Quitter

When Things Are Hard: Quit Quitting and Show Up Fully