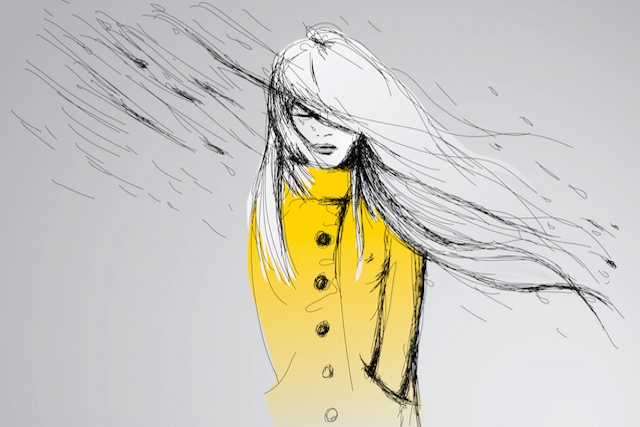 “If you keep your feathers well oiled the water of criticism will run off as from a duck’s back.” ~Ellen Swallow Richards

We all seek love, approval, and appreciation, don’t we? We sometimes obsess over what people think of us. When we receive feedback that seems less than favorable, we speculate for days about what it might mean.

Usually we attach the wrong meaning to it, and this drains our energy and might even cause us to withdraw and quit what we are doing.

Is there a way to avoid this? How can we keep our feathers well oiled?

Here is what happened to me and what I learned from it.

I was working in HR in a big institution with more than 7,000 employees and hundreds of different departments. I was asked by my hierarchy to coordinate with several departments to accommodate the varied needs of colleagues with disabilities, as it required special workplace adaptation and much more.

Until one evening, after work, I opened my inbox and there it was, an email from a colleague, sent out to the entire mailing list of colleagues and departments involved in the project.

It was the head of one of the departments telling me that with the coordination work I’d done, I’d cause problems for him (without providing further specification). He instructed me to stop, and in an ironic tone he wrote that my talents and help would surely be better used in other projects.

I responded immediately, “Sorry. Okay, then I will not do the coordination.” I felt crushed, small, and incredibly hurt.

But was it really the criticism that stopped me?

Probably not, since there were three other supportive emails sent out to the entire list, from people working on the project, who happened to be high in the hierarchy.

When I looked inside myself, some months after the incident happened, I discovered that it wasn’t the criticism but my own interpretation of it that stopped me.

The criticism was feeding my own limiting beliefs.

How often do we receive criticism and it doesn’t touch us, sometimes we don’t even notice it? When there are no self-beliefs for the insult to hook into, it rolls off like a raindrop on our raincoat. But when deep down we hold limiting beliefs, the criticism arouses them.

If we do something we will be criticized, and we cannot do anything about it.

Thinking “he shouldn’t criticize me” will stop the other person. It is hopeless. All it does is it harms us.

Instead of blaming the one who is criticizing us, it is better to focus on the one person we do have control over: ourselves.

Look inside, discover the beliefs that caused the criticism to stick, and begin to undo them. So the next time when we receive similar criticism it rolls right off, like the raindrop on our raincoat.

Not sure how to discover your own limiting beliefs? Here’s how:

Finish the following statement: “Someone has criticized me, and that means…”

What came up for me was: “I am inadequate; I do not fit in; I am not fit for the institutional power games.”

I was quite surprised to be confronted with these limiting beliefs.

What is it for you? What beliefs did you discover?

The next step is to question those thoughts with the help of The Work by Byron Katie. It consists of four questions and turnarounds, which are the opposite of the initial thought.

Let’s question the thought “I am inadequate.”

It is important to do this inquiry having a concrete situation in mind. So my situation is: I’m reading the email, which states that I caused problems and it would be better for me to use my talents and help in other projects.

If you like you can question the belief about yourself that you just discovered. Answer these questions along with me, keeping in mind your situation.

2. Can I absolutely know that it is true?

Just notice how it feels to express an honest “yes” or a “no” as an answer to these two questions. There are no right or wrong answers here; it’s about discovering what is true for us. And just notice how your mind wanders: “Yes, because…“ or “No, but…“

3. How do you react, what happens, when you believe that thought?

There I am reading the email that states that I caused problems and I would better use my talents and help in other projects. How do I react, what happens when I believe the thought that I am inadequate?

I make myself small. I hit reply and I answer, “Sorry. Okay, then I will not do the coordination.” I feel crushed and incredibly hurt. I am afraid what others who read that email will say. I picture a catastrophe.

4. Who would you be without the thought?

I would be curious what makes my colleague think that I am causing his problems. I would ask him to meet me so that I could understand. I would entertain the possibility that there was just a misunderstanding. I would not disregard the supportive emails I received from others. In fact, I would give much more credit to them. I would be much calmer. I would be genuinely curious about what went wrong without blaming myself.

The turnaround would be: I am very capable at my job.

The turnaround opens us up to the possibility that the opposite of our thought feels as true or even truer than the initial one. Examples to the turnaround statement broaden our vision and help us see reality in its complexity.

So how can that it be true that I am very capable at my job?

– The three supportive emails I received from colleagues confirm that I am very capable at my job.

– My work has always been appreciated in the previous years.

So what was the problem in the first place? The criticism, or my deeply rooted belief that I am inadequate?

It was the belief, wasn’t it?

“If you keep your feathers well oiled the water of criticism will run off as from a duck’s back.” ~Ellen Swallow Richards

The next time you feel hurt by criticism, look for the underlying limiting belief and question it with the help of The Work. This is how we keep our feathers well oiled.

One day you might even find yourself grateful for criticism and the opportunity it presents to look inside, and better yourself.

Crushed by criticism image via Shutterstock

Esther helps aspiring and established entrepreneurs challenge long held limiting beliefs and conquer fears that are holding them back from reaching their dreams. Do you feel that fear of criticism stops you in your tracks? Visit her website and download your free ebook Navigating the Inner Journey of Entrepreneurship: How to Silence Your Inner Naysayer and Give Yourself Permission to Succeed.