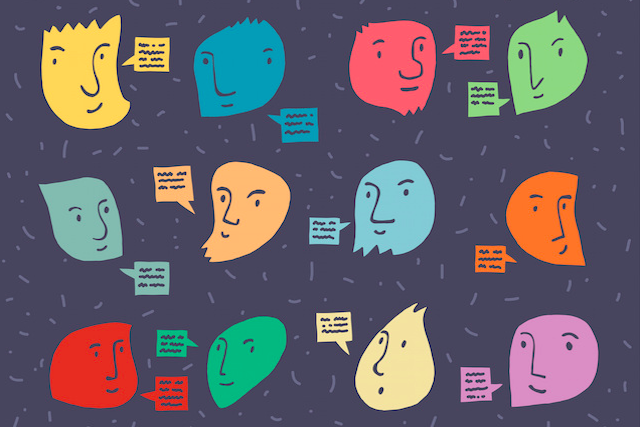 “But feelings can’t be ignored, no matter how unjust or ungrateful they seem.” ~Anne Frank

As a sensitive person, I have a complicated relationship with my feelings. They are the sensors I extend out into the world, to pull it in. They are the guides that help me decide what works or doesn’t work for me. But there are also times when my feelings rise with such force that I am left gasping for breath.

Then, I am tempted by the thought that not feeling so much would have definitely made things easier.

And yet, I don’t feel all my feelings. Parts of my emotional life feel numb. For a long time, like many people, expressing anger was extremely difficult for me.

We’re all like this, whether we think of ourselves as sensitive and emotional or logical and rational. Our emotional lives are a patchwork made up of beliefs we have internalized and things that we have seen modeled.

We are never taught how to relate to our emotions, and so, we must make our own way through.

Here are some things I have learned that might help you:

There is no such thing as a negative emotion.

We are trained to think of emotions as positive and negative. But in truth, every emotion serves an important function. What would we be without anger to protect our boundaries? Where would we be without fear that tells us that something is wrong? How can we let go of things if we never allow ourselves to feel sad?

We confuse a negative or destructive expression of a feeling with the feeling itself. Yes, unhealthy expressions can be harmful. But if we banish some feelings and don’t allow them to move through us, we get stuck in places that we belonged to a long time ago.

These are no longer our reality, but we go on living as if they are.

But many of us don’t even know what is it that we are feeling. How are we supposed to channel something that we can’t even name?

Think about what happened when you first started learning new words. You had access to a whole new universe. You had a way of naming your experience more precisely than you had before.

Cognitive psychologists are now finding that a more precise vocabulary (for example, having specific names for light blues and dark blues, as Russian speakers do) helps make people quicker at identifying subtle differences.

In a similar way, if we can name our emotions precisely, we can identify subtle nuances and hone into what exactly we are feeling. That can help us take the most effective emotional action.

Karla McLaren, the author of the wonderful The Language of Emotions talks eloquently about the different forms in which one single emotion can show up. Did you know that indifference can be a form of anger? So can coldness, resentment, and impatience.

In its mood state, anger can show up as sarcasm and arrogance. And of course, we know anger when it erupts in rage and violence. But bitterness is also an intense form of anger, albeit a hardened, calcified form.

Seeing that anger shows up in different degrees and forms can help us get straight to the heart of the problem.

McLaren tells us that the question anger poses is: What must be protected? What must be restored? If we are feeling resentful or cold, where have we given too much of ourselves away? What can we do to enforce limits that will make us feel protected?

If we do this, we catch anger before it morphs into an even stronger form and becomes harder to deal with. We also stay on course instead of getting lost and disoriented about the direction of our lives. For me, the belief that “Nice people don’t get angry” meant that I stayed in an exploitative work situation for several years.

As soon as anger came up for me, I dropped it. I would work harder, be better till someone noticed me. But what I didn’t realize was that the increasing fear and shakiness that I was feeling was a direct result of rejecting my anger.

How can you not feel scared and insecure when you have opened yourself up to harm?

The fear had risen because I had banished the protective energies of anger. I was, indeed, in undefended psychic territory.

So, fear, another so-called “negative” emotion comes bearing its own important messages.

My fear took the form of confusion and disorientation. Your fear might take some other form, depending on what the situation is.

In its diffuse form, McLaren tells us, fear can be experienced as our caution, uneasiness, or instinct. You might feel disconcerted, doubtful, or concerned that something is off. You might feel jumpy, nervous, or suspicious.

At the root is the same feeling. It’s showing up in different ways, and asking you to probe for answers.

Is the fear natural? Is it tied to something that is happening around you? What can you do about it?

But what if you get stuck in one feeling? What if you have repetitive fearful thoughts that don’t track back to real dangers? Then, it’s likely that your feeling response is locked in place.

This often happens when we have experienced trauma in the past. We remain hyper-vigilant long after the traumatic event is over. If this is the case, we need professional help to release the traumatic material.

But in the normal course of our days, feelings naturally ebb and flow. They direct our attention to what is happening in our lives. They urge us to take action.

Venting and repressing feelings are not the only choices we have.

But what action should we take? Isn’t that the trickiest part of dealing with feelings?

One of the reasons that I didn’t allow myself to feel anger in my work situation was because I was not sure what I could do with it. Expressing it felt dangerous, because I had stored up so much emotion. Repressing it felt like the only other thing to do.

Many of us get stuck in this tricky space.

We keep hearing that the only way out is through the feeling, but doing that doesn’t seem viable without expressing it and hurting someone or harming something in the process.

One of the ways that I am learning to work with my feelings is to first consciously experience the feeling myself. One way to safely release anger, for example, is to beat pillows for ten minutes or so. That lessens the intensity of the rising emotion.

Another practice that McLaren suggests is called “conscious complaining.” You sit all by yourself and complain loudly about all the things that are going wrong in your life. Again, we are attempting to use up some of the energy of the feeling, and move it out of our systems.

For fear, we can put on some music and imitate the shaky energy of the feeling, and lessen the burden that it is putting on us physically.

Remember that emotions, by their very definition, are energies that move us to take some action. So, a physical release is important.

Something is rising, and we are letting it move us. We are now just choosing that movement consciously.

Once we have released some of the energy of the emotion, we can then think of what action we can take to address the issue that it has brought up. For example, if we are angry, how can we restore the boundary?

One important realization I had about anger was after reading Harriet Lerner’s book The Dance of Anger. In it, she tells us that venting anger is often ineffective. We are trying to convert someone else to our point of view. If they don’t agree to what we are saying, we often get stuck in the space of trying to get them to agree.

Believing that we need agreement is what keeps us stuck. We are, in effect, maintaining the status quo.

If it’s something important to us, a limit we are choosing to place, then we don’t need permission. What we need is the clarity and courage to enforce this limit and to deal with the anxiety that rocking the boat often brings.

This emotional process has been a learning curve for me. It is not easy and I often falter. But whenever I can experience my feelings and move through them, I feel a sense of ease.

I guess it’s because I am not invalidating my experiences. I am owning them, letting them speak their truth.

What about you? What will opening to all your own feelings do for you?

Ritu Kaushal is a San Francisco Bay Area-based author and blogger. Her book The Empath’s Journey weaves personal stories of her experiences as a highly sensitive person with insights from different psychological theories including the works of Carl Jung, Erich Fromm, Jeremy Taylor, and many others. Sign up for her monthly newsletter on her HSP-centric blog at walkingthroughtransitions.com.

How To Stop Being A Slave To Your Emotions