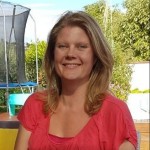 Shona teaches by the power of example how to find our inner truth among the often harried day to day practicalities of life. If you enjoyed this article you may enjoy When You Accept Yourself And Stop Seeking Approval, We May Not Relate to Everyone but We Might Need to Hear What They Have to Say and What Do the People in Your Life Have to Teach (Good and Bad)? To follow her blog click here.