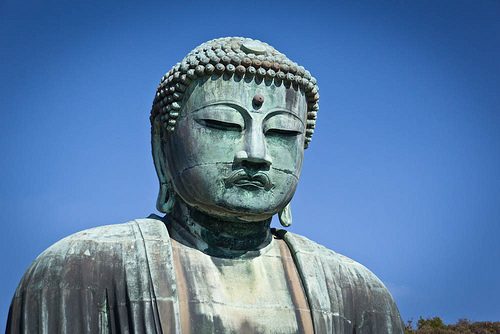 “Actions speak louder than words, but not nearly as often.” ~Mark Twain

A while back I wrote a blog post about giving people the benefit the doubt and suggested, as I often do, that people rarely intend to be hurtful.

Someone wrote in the comments that I’ve obviously never encountered a sociopath.

This got me thinking about the many times I’ve heard women refer to men they’ve dated as sociopaths and narcissists. It occurred to me that many of those men likely treated them horribly but may not have had mental disorders.

There are sociopaths out there, but more often than not when people hurt us, it’s not because of psychiatric diagnoses. It’s because they’re hauling around pain from their pasts and crashing it into everyone they meet.

When someone knowingly manipulates or uses others, or deliberately tries to control or intimidate them and they aren’t mentally ill, it’s rarely a happy, well-adjusted person who simply decided to be heartless and cruel.

In understanding this, we can be compassionate, but that doesn’t mean we need to willingly accept mistreatment.

The question then becomes: how do we know when to give someone the benefit of the doubt and when to withhold it?

Last week a reader shared an insightful Maya Angelou quote that read, “When people show you who they are, believe them.”

While I don’t believe any one action defines who someone is, I think there’s something to this. Actions speak louder than words. And repeated actions are what shape our character and reputation.

If someone says they want to spend time together but repeatedly fails to show up, they are communicating that they aren’t willing to follow through on their promises.

If someone says they’re trustworthy but repeatedly lies, they are communicating that their word can’t be trusted.

If someone says they want to change but repeatedly fails to make an effort, they are communicating that they aren’t willing to do things differently.

Acknowledging this isn’t forming judgments. It’s recognizing the facts so that we can make a wise choice based on how things are—not how we want them to be.

We may recognize we’re being mistreated and choose to set and enforce a boundary. We all deserve second chances, and sometimes a third or fourth.

But other times we need to open our eyes so that we know when enough is enough.

It’s never our fault when someone else hurts us, but it’s within our power to stop allowing it.