Tiny Wisdom: Challenging the Fear of Criticism
By Lori Deschene 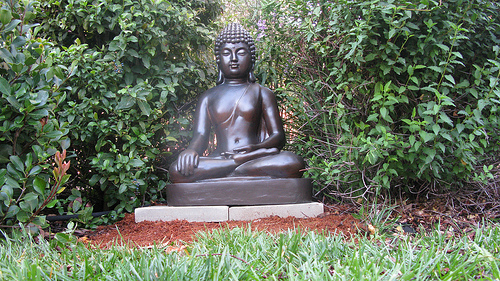 “The final proof of greatness lies in being able to endure criticism without resentment.” -Elbert Hubbard

Sometimes criticism can feel like a ticking bomb that needs to be disposed.

Case in point: I receive emails about every comment left on the site. While I’ll glance at them peripherally to be sure they’re not spam that made it through the filter, I generally let them accumulate so I can respond to many all at once.

But sometimes, I’ll notice a harsh criticism, and suddenly feel this need to respond to it right now.

I’m not sure if it’s because I feel vulnerable having been publicly criticized, or because I feel the need to clear up misconceptions in order to feel a sense of control, but something in me shouts, “This is bad. Do something about it, and fast!”

Replying in a timely fashion is, of course, not problematic, but reacting with a Pavlovian fear response is a whole different story—one that raises the question: What is about criticism that feels so scary?

Or how about this: Have you ever been so busy responding to criticism that seemed destructive that you didn’t have time to consider if there was something constructive in it?

The reality is we all judge and criticize, if not publically, than in our heads. It’s a natural human instinct to form opinions about things. Hopefully, we have the tact to not to be cruel, but it will happen to all of us from time to time. Usually, it will only be as disastrous as we make it.

It never feels comfortable to be critiqued, especially if someone attacks your character or clearly misjudges your intentions. But we make the best use of our energy if we look for positive takeaways, and then challenge the voice inside that says, “Something is wrong.”

Nothing’s wrong, so long as we learn, respond calmly, and move on, feeling balanced and empowered.