Tiny Wisdom: Fear Is a Challenge to Be Brave
By Lori Deschene 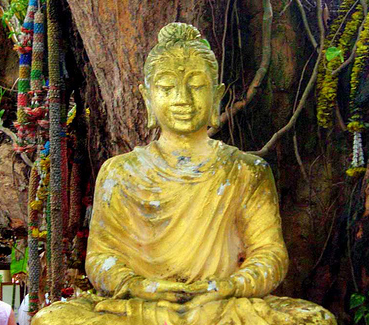 “I learned that courage was not the absence of fear, but the triumph over it.” -Nelson Mandela

Yesterday, after months of anticipation that included procuring pre-existing condition health insurance and finding the right doctor, I finally met with a physician who will soon schedule me for surgery.

Though I’ve had procedures before, this will be my first major operation.

Starting when I was 18, I got my belly button pierced on three separate occasions only to take it out shortly after each time. I loved the idea of it, but I felt a little nauseous when I thought about having a metal ring inside my stomach.

It didn’t belong there; it was a foreign object, much like surgical instruments. What also don’t belong there are the grapefruit- and plum-sized fibroids (benign tumors) growing inside my uterus wall.

Though they don’t pose a major risk to my health, they cause me a lot of discomfort. I would have let them saw me in half, like a magician’s assistant in a box, if it meant getting these things out.

And yet I am completely terrified.

I am terrified of having someone cut into one of my organs. I’m terrified of going under general anesthesia. I’m terrified of anything that could go wrong—including complications that might compromise my fertility or the possibility of contracting some kind of hospital infection.

I am scared, and it feels liberating to simply admit it.

Author Susan Jeffers wrote, “Feel the fear and do it anyway.” But sometimes there’s nothing we can do but wait.

Whether you’re six weeks away from surgery, or six months away from losing your home, or six years away from your children leaving your house, the future contains limitless possibilities for challenges—some we can anticipate and others we don’t yet know to predict.

Sometimes it serves us to transform our fear into something productive, when it comes to pushing beyond our comfort zone, for example.

But sometimes the most useful thing we can do is sit with fear—to acknowledge it, humble ourselves before it, and then accept its challenge to be brave in each moment, as it comes.