The other day, I watched a fascinating documentary about behavioral economics—a field that considers how mental, emotional, and social factors influence money-related decisions. Traditional economic theory emphasizes rational thought as the basis for financial decision making.

In the beginning, researchers hosted an auction for a $20 bill, starting the bidding at $1. The twist was that after the highest bidder won the $20, the second highest bidder would need to pay his or her losing bid.

If the participants were thinking logically, they may not have bid at all, since anyone could end up being the second highest bidder. Ultimately, the winner paid $28 for the $20, meaning someone else had to fork over $27 for nothing.

Researchers concluded that social pressure fueled the process—meaning no one wanted to be the second-highest bidder, so they were willing to increase their financial risk in an attempt to minimize their losses.

Generally, I find economics about as interesting as dust collecting on a shelf, but emotional, socially driven decision making—now that intrigues me.

Have you ever stayed in a position you didn’t like because other people told you it was a great job—which made you fear “losing” a good opportunity, even though you didn’t really want it?

Have you ever considered buying something you couldn’t afford, and didn’t really want, solely because your friends bought one and you didn’t want to somehow miss out?

Have you ever swallowed an idea in a meeting because the group seemed to be going in a different direction—even though you felt strongly opposed to their approach?

Social pressure can dramatically impair our ability to both weigh our choices logically and follow our gut instincts. When we ignore what we believe is right and really want—underneath our desire to avoid loss and look good—we set ourselves up for internal conflict and pain.

We are emotional beings, and that isn’t a bad thing. Our intuition is a powerful tool that helps us utilize our experience and life lessons. But it’s up to us to recognize when our emotions are leading us toward smart choices—and when they’re guiding us to choose for the crowd to the detriment of our happiness.

No one else lives with our choices. It’s up to us to make them wisely. 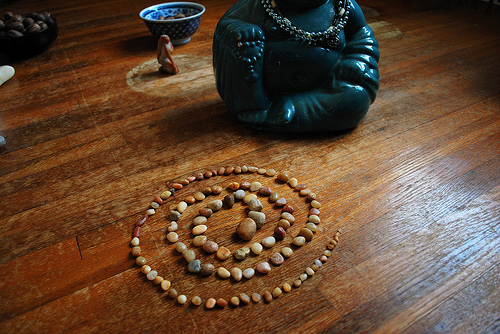