Tiny Wisdom: The Beauty of Starting Over
By Lori Deschene

Yesterday I spent more than an hour writing something I intended to publish today—and then I lost it. Since I hadn’t slept much the night before, I wasn’t completely attentive and somehow, I must have closed out the Word document before I titled or saved it.

That same exhaustion made it somewhat difficult to communicate my thoughts clearly when writing. But I did—after an hour, I’d expressed everything I wanted to share. Then it was gone.

Initially, I considered rewriting the post, and trying to remember exactly what I’d written before. Then I decided that maybe the lesson was to let go and start anew.

In college, teachers and peers had to fight me to change even one word in my writing, let alone a full sentence. When they did get me to edit, I’d likely only change a small portion, without allowing that new train of thought to further shape the entire piece.

I was stubbornly attached to every first draft. After putting so much thought and effort into it, I was afraid that making changes would be like picking thread on a sweater—the whole thing would unravel and I would be left with nothing. I would essentially have to start over.

I eventually realized this tendency translated into my everyday life. Once I set a goal, I was afraid to revise it—even if it became clear that was no longer what I wanted—because I was afraid to start over.

Once I got into a new relationship, I was afraid to walk away from it—even if wasn’t healthy or satisfying—because I was afraid I’d have to start over.

Ironically, I wasted a lot of time clinging to things that had run their course simply to avoid feeling like I’d wasted time.

It’s human nature to get attached when we’ve invested a lot of time in something. But an investment is only as valuable as its return—meaning we owe it to ourselves to recognize when we can get a better one by wiping the slate clean and starting over.

Letting go can feel like a loss. That’s because it is. But every loss paves the way for a gain, if we’re willing to receive it. Every time we let something go, we open ourselves up to something better. 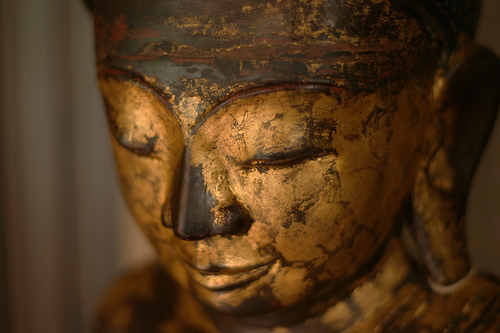