Tiny Wisdom: The Pain of Anticipating Pain
By Lori Deschene 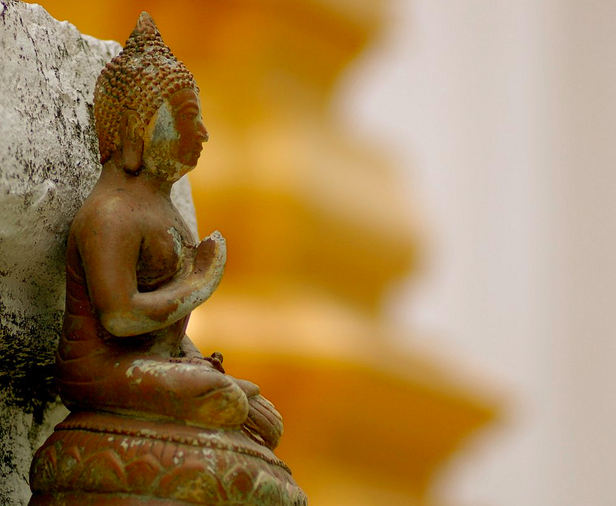 “If pleasures are greatest in anticipation, just remember that this is also true of troubles.” ~Elbert Hubbard

The other day I had to get some moles removed after a biopsy showed they were “severely atypical.” Since they were both on my back, I laid on my stomach while the doctor’s assistant numbed the areas with lidocaine.

He repeatedly asked me, “Are you okay?” And I repeatedly said, “Just fine!”

Since it didn’t really hurt that much, it surprised me when he said, “Wow. You’re strong!”

I do believe I’m strong, but I’ve always been squeamish around needles—going back to my first childhood finger prick, which I resisted with blood curdling wails.

Still, this time the needle prodding didn’t even faze me.

How much of life’s toughest challenges would be far less painful if we didn’t anticipate the sting?

How many difficulties would seem more bearable if we didn’t ruminate over them, stress about them, expect the worst of them, and then create a state of panic that compels us to resist and fight?

Most things aren’t nearly as bad as we imagine they’ll be when they happen. In fact, sometimes they’re pleasantly surprising.

Sometimes you get laid off and feel a sense of freedom, possibility, and vitality that you haven’t felt in years.

Sometimes you end a relationship and come into your own in a way you never imagined possible.

And sometimes when your whole world falls apart you feel grateful for the opportunity to put it back together in a way that feels more authentic.

I realize this isn’t universally applicable. Some things hurt even when we consciously decide not to expect the worst.

But most things burn far less when we approach them from a place of clarity instead of overwhelming ourselves with fears about the fires we’ll have to put out.

When I originally had the moles biopsied, I told a couple of family members, one of whom asked me, “Do you think it could be cancer?”

I responded,  “I don’t think anything because I don’t yet know.”

As a lifelong worrier I felt proud of that moment. It was a choice not to freak out about what might be coming.

We can’t always be certain where the paths we fear may lead us—but we can choose not to hurt ourselves as we walk toward what will be.