Tiny Wisdom: The Power of Flexibility
By Lori Deschene 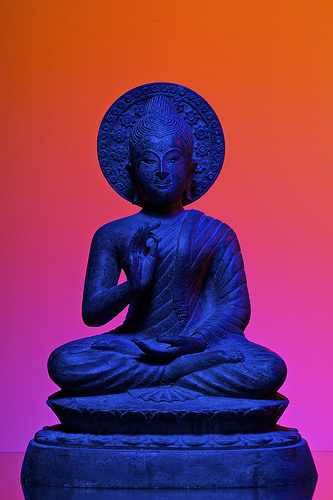 “Stay committed in your decisions, but stay flexible in your approach.” ~Tom Robbins

This is the post that almost wasn’t—and it’s chock full of irony.

This weekend I spoke at the first annual Bonfire Heights retreat.

The founder, Darius, promoted this event as a meeting of “ordinary people doing extraordinary things.” Listening to the stories presenters shared, it occurred to me that “ordinary” was a modest assessment. The lineup included the youngest TED speaker ever—a twelve-year old organic farmer; a teenage paraplegic who started a non-profit foundation called Walk and Roll; and multiple CNN Heroes, to name just a few individuals.

But it wasn’t just their messages that stirred me—it was their humanity. Since this was the first event of its kind, the crowd was relatively small, which allowed for an intimate experience. From community style meals, to S’mores around the bonfire, to impromptu nighttime beach walks, it felt like a family reunion. It felt like love was the only agenda.

Yesterday, I planned to write during several hours at the airport, since I hadn’t yet prepared a post for today. But I found myself instead immersed in a fascinating conversation about psychology with a new friend.

At first I resisted somewhat, since there was all kinds of inspiration percolating in my brain, waiting to be expressed in written words. I also knew I’d likely be exhausted by the time I got home. I have written every week day for more than two years. Not doing it just wasn’t an option.

My boyfriend would attest that Tiny Buddha has been the other man in my life. All my heart and soul are wrapped up in this site, and I generally make it my first priority. But in this moment, I decided being was more important than sharing. And I gave myself permission to take a day off from what I always do.

Of course I woke up at 7:30, fired up to share. But I’m happy to sit here knowing that I do this because I want to; not because I have to.

Sometimes the best way to stay consistent is to release that sense of urgency.