Tiny Wisdom: What Else Could It Be?
By Lori Deschene 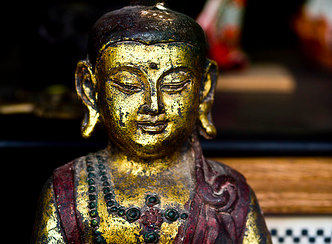 Sometimes it’s tempting to jump to conclusions that support our worst fears.

Maybe you didn’t hear back from an interviewer yet, so you assume you did something to mess it up.

Or your friend hasn’t responded to an email, so you assume there’s something on her mind that she’s not telling you.

I’ve done this many times before, in large part because I often forget that not everything is about me—that sometimes people are slow to respond because of things going on in their own world.

Still, despite knowing this intellectually, sometimes I fully believe my worst-case-scenario story, until, that is, I remind myself of all the other perfectly logical potential explanations.

Case in point: Last year, a ‘tween author reached out to me about ghost writing for her site and books. Since I’ve written for girls for the last four years, and I knew this would be a nice supplement to my income, I was thrilled for the opportunity.

It was almost two weeks before she replied to my response. After the first week, I began to scrutinize my email to her, as if she may have lost interest because I used an emoticon or didn’t ask the right questions.

Then I asked myself: What else could it be?

Luckily the last one wasn’t true. The bottom line was that I couldn’t possibly know why she hadn’t responded yet. I could know, however, that it didn’t necessarily mean I messed something up.

Turns out it didn’t. I’ve been writing for her for almost a year now.

I suspect we start grasping at negative explanations when we can’t explain something because uncertainty can be uncomfortable. It almost feels better to think something’s wrong than to accept we don’t know what happened—and we simply need to wait and find out.

Ultimately, we find the most peace when we can embrace not knowing.

Still feeling uneasy? Sit back and ask yourself: What else could it be? Then take a deep breath and relax. You’ll find out soon enough.