Tiny Wisdom: When Good Times Come to an End
By Lori Deschene

“Don’t cry because it’s over. Smile because it happened.” -Dr. Seuss

The other night, I saw Jersey Boys, the play that chronicles Frankie Valli’s rise to fame with the band The Four Seasons. I wasn’t previously familiar with the group’s story, so I was even more enthralled by the journey that led them to international success–particularly because they had so many catchy songs that I’ve known and loved for years.

In the second act, there’s a scene when the other members all decide they want out, despite the years they struggled to reach that level of success. It’s a real “all is lost” moment for Valli, and it leaves him with debt and doubt about what might come next. The group had a number of hit songs and a promising future, and yet in an instant, it was over.

There’s a heart-wrenching moment when Valli asks his closest band mate, “Why does everyone leave?”

I know that moment. Maybe you do, too.

It’s when the other shoe drops: when something you loved and worked for comes to an inevitable end, as all things do. It’s tempting to cling to what was. After all, you put your heart into it, and if you move on, you can’t know for certain that you’ll experience that same magic again–whether it’s a job, a company, a project, or maybe even a relationship that’s run its course.

You can never know for certain what the future holds. But you can know if that you’re willing to let go, you can open yourself up to new possibilities that may fulfill you even more than you knew to imagine.

At 77 years old, Frankie Valli is a living legend who has now performed solo for decades. I’m sure in that moment, when everything fell apart, he had no idea how things would later come together. He may even have thought the music ended, but really, it was just beginning.

If you’re dealing with an ending, remember: It may have been the adventure of a lifetime, but there are many more to be had. 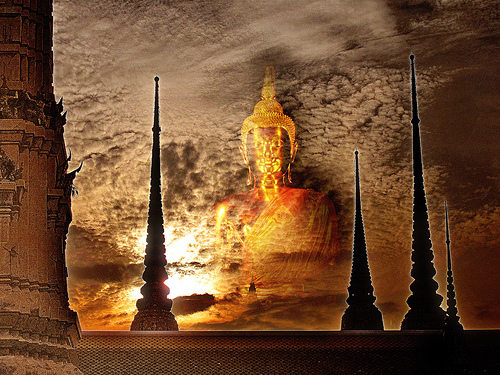