Tiny Wisdom: When It’s Best to Stay Out of It
By Lori Deschene

Last week a woman emailed me to let me know she holds the copyright for a photo someone submitted for the Life’s Hard Questions contest.

She told me she took the picture of an ex-friend, who we’ll call Tina, using Tina’s camera when they were on vacation, before they had a falling out—and now she wants the photo removed and Tina disqualified from the contest.

She also let me know her computer crashed, so she no longer has the original file. Still, she demanded I take it down or she’d be forced to take further action.

I couldn’t help but feel she reached out to me solely to spite Tina, now that they’re on bad terms. Tina confirmed my hunch when she let me know this ex-friend was harassing her in every possible way on the web.

I asked this woman to send some type of proof that she holds the copyright, but I have to admit a part of me hoped that she could not.

This scenario got me thinking about the speech I heard from Dr. Phil Zombardo, when he talked about what it means to be a hero; a big part of it is speaking out against injustice and not ignoring our instincts when we believe something is not right.

I believe it’s not right to intend to hurt someone—and I always feel compelled to do something when I see someone being mistreated. But I’ve learned that sometimes, even when we believe something is wrong, it’s just not our place to do anything about it.

When two friends are fighting, for example, and it’s tempting to take sides and get involved. But all this does is create more drama.

There are going to be things we feel adamantly are wrong, and sometimes there will be absolutely nothing we can do but offer our support where it’s needed.

Tina’s friend ultimately could not supply proof, so I didn’t need to take the photo down. But if she did, I would have been legally obligated to do just that. Regardless, it wasn’t my friendship to heal.

Sometimes the right thing to do is to let other people make things right. 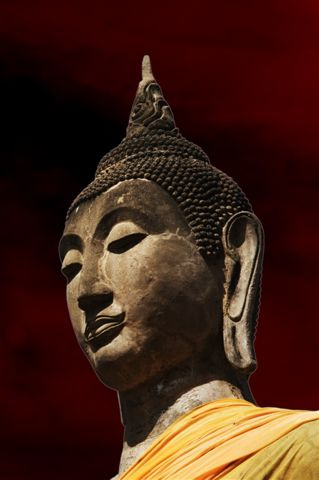