Tiny Wisdom: Why We Harshly Label People
By Lori Deschene

“Everything that irritates us about others can lead us to a better understanding of ourselves.” ~Carl Jung

The other day someone I love, who we’ll call Tania, got in a massive fight with her boyfriend. She called me to explain the situation, and ultimately got frustrated because I wouldn’t agree that he was not only wrong, but also a jerk.

The next day, she and I had a disagreement that ended with her yelling at me. When I discussed this with someone else who loves us both but frequently clashes with Tania (not my finest decision), she quickly turned on Tania, calling her a jerk.

One hour later, I received an email from someone who wanted to let me know she got my book as a gift, but would never have bought it for herself because it wasn’t about Buddhism and was, therefore, pathetic.

It was an emotionally draining day, but in this moment I stepped outside it to think about the reductionist instinct.

It’s when we fail to consider complex factors, and instead reduce a situation to one simple explanation—in these cases, one harsh judgment.

Maybe you’ve been there before. Someone hurts you deeply, and you decide they did it because they’re a bad person. Or someone says something that threatens a belief you hold dear, so you decide they’re ignorant.

It’s easier to label a person or a thing than it is to look below the surface, and look within to understand why we’re reacting so strongly. That’s not the most comfortable thing to do.

I know I’ve been there before. For me, it often happens when I feel someone isn’t prioritizing me. This can make me start doubting myself—but it’s far easier to label that person as selfish or inconsiderate than it is to acknowledge that I’m feeding into old insecurities.

Other people aren’t perfect. None of us are. People will make mistakes sometimes. At other times, they’ll do things we simply don’t agree with, and it will be tempting to make them wrong so that we can feel good about being right or better about being hurt.

But all this does is create a world of people accusing each other to avoid looking within. Ultimately, those are our choices: assume the worst in other people, or understand why we feel the instinct to do it, and in doing so, bring out the best in ourselves. 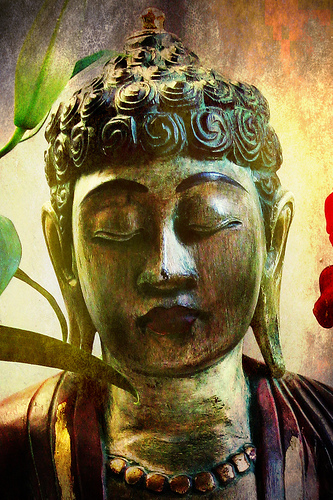 People We Don’t Like: When Others Push Our Buttons