The Story So Far: Your Life Is How You Interpret It
By Gray Miller 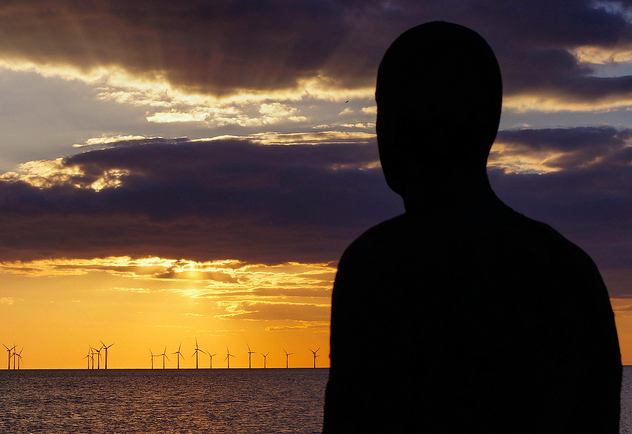 My life has been a long string of failures.

The earliest I can remember is having my teeth knocked out when my grandpa braked too hard at a stoplight on our way to a church Easter pageant. I was supposed to be singing a solo, the part of the “little gray lamb,” and I did it—performing while clutching a bloodstained washcloth wrapped around ice cubes to hold to my front gums in between verses.

In sixth grade I was chosen to represent my school at the Planet Bowl at the Zeigfield Theatre in New York. I came within one warning of disqualification and yet won the competition, earning a microscope for my school and getting my picture in the paper with former Mayor Abe Beam.

Talk about a self-centered attention seeker.

In high school I played leading roles in musicals, composed and arranged pieces performed with my fellow students, won state-level First honors in both drama and music. I also lettered in cross country and swimming, was a national merit semi-finalist, and won a rotary scholarship.

What an unrealistic artsy-fartsy nerd.

I was an honor student in college, before withdrawing to join the Marines. There I tied for top scores in the School of Infantry, getting a meritorious mast. I raised one, two, and then two more daughters, working every job I could find, from short-order cook to multimedia producer to feed them, house them, clothe them, and help them turn into the remarkable young women they are now.

What a waste. A white guy during the dot-com boom couldn’t do better than flipping burgers and pancakes? Pathetic.

That’s the story I’ve told myself, over and over.

I could list more triumphs, more successes, more things that I attempted and achieved, but the number of things I didn’t achieve always vastly outnumbers them.

Either in comparison to what others have accomplished or simply in comparison to that evil little voice of “you should’ve” in the back of my head, no matter what I pull up and show, there is always a version of the story of my life where even my failures could’ve been better.

In some ways it could be argued that this has been beneficial. I am always trying to please that voice, and it leads me to try hard, try again, and try different approaches until I find something that works.

I got inspired by Homer’s Odysseus, whose epithet “polyteknos” literally means “man of many ways.” That dissatisfaction with the things I’ve done has led to more and more varied and unusual accomplishments in various areas, taken me around the world teaching, learning, and connecting with remarkable people.

But always accompanied by that voice in my head, saying: If yer so smart, why ain’t you rich? Or in better shape, or more prolific a writer, or more attentive a father, or, or, or.

Forty-three years of this, give or take. And finally, in about the past year, I’m slowly coming to realize something about this epic tale of my life.

The should’ve’s always seem bigger than the did’s because of the stories I’ve been telling myself about them. They have no more substance than the shadow of a cloud passing over a mountain, yet they change my entire perception of what happened.

Carl Bard is right: I can’t change what has happened, but I can look at it differently, a process popularly known as reframing.

Suddenly my parents’ divorce is what gave me three half-sisters and a half-brother. My withdrawal from college took me out of an environment toxic to my young questioning mind. The injuries to my knees that led to a discharge from the Corps let me raise my kids without the trauma of Gulf War I.

Every mishap, mistake, misunderstanding, and misspent moment led directly to the person I am now.

Is that person a success? Is that person a failure? Like Schrodinger’s Cat, the fact is that I am both and neither until I choose the lens through which to look at myself. Between the reflection in the mirror and my brain, the filters of experience change the feelings attached to every event and deed.

Sometimes the mountains are in sunlight, sometimes shadow. The mountains remain, nonetheless. They can be obstacles or they can be panoramic beauty. Either way, they will inspire the story within.

You write about the mountain and the valley and the river and all the rest of your life’s metaphorical landscape. You also rewrite that story, every day. Not only how it ends, but also how you remember it.

There is magic in hindsight, and there is forgiveness in perspective, if you choose to accept either.

Best of all, there is inspiration in the knowledge that the path led you to now, where you have the power to decide what will happen next.

If you asked me, right now, what the biggest accomplishment of my life has been, it’s a no-brainer. It’s a tie between making my three-year-old grandson Harvey laugh and making my other grandson, one-year-old Victor, smile. Nothing else in my entire life has felt as worthwhile. Not. One. Thing.

There is no way the little gray lamb, the musician, the Marine, or any other me’s could have known or planned for that. And that’s okay; I am eternally grateful for the part they played in making my life’s great work possible.

Slowly I’m learning not to worry about writing the ending of my story or editing the beginning. I’m learning to do what is most important, every day: The story, so far.

Gray Miller’s writing and presentations from LoveLifePractice.com have inspired audiences around the world to take a deeper and slightly askew look at the world around us and our roles in it. He currently lives in Madison, WI doing his best to be the coolest grandpa in the world.

The ABCs of Personal Growth: How to Live a Meaningful, Fulfilling Life