3 Unconventional Tips for Forgiving and Letting Go
By Lisa Esile 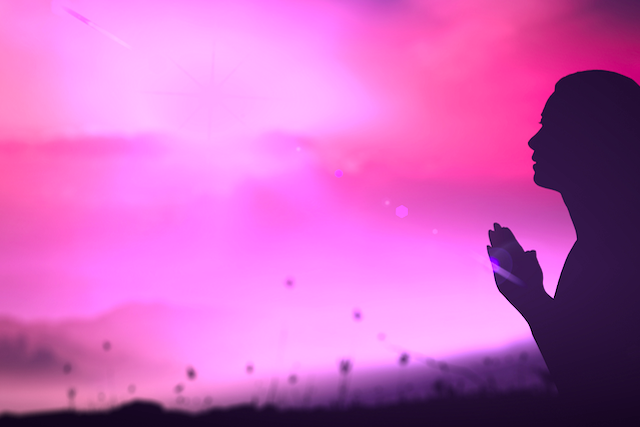 “The greatest obstacle to connecting with our joy is resentment.” ~Pema Chodron

Forgiveness is good, right? I don’t mean in a heal the planet kind of way—I mean in a selfish, me me me kind of way.

We want to let go of our resentments and connect with people genuinely. We want to feel happy and contented, full of love for ourselves and those around us. We want to run, carefree, through the fields in a pretty cotton dress, not sit around in our pajamas, twisted with bitterness.

But how do you experience genuine forgiveness and stop feeling resentful? Because it’s one thing to know it intellectually but another to actually feel it. Like, in your bones.

A few years ago, in an effort to “get over things,” here’s what I did:

I read. I saw a therapist. I journaled. I even did the thing where you write down your hurt feelings, burn the piece of paper, and poof, up they all go.

(I also did the one where you put your “angry feelings” in the freezer to help you calm down.)

And sure. I felt a little better.

But I was a long way from getting out my sundress and Googling “field with long grass to run through.” There was still that nagging thought: if they hadn’t done (blah de blah) then I wouldn’t have to deal with this.

And it’s confusing—if you forgive, does it mean someone’s off the hook?

It’s as if one bit of your brain is saying “It’s all good” and the other bit is saying, “Ah, I don’t think so, mister.” And in a way, this is exactly what is happening.

Trying to forgive someone is like trying to give up smoking; until you change your underlying beliefs it’s almost impossible.

Most smoking cessation campaigns focus on the effects. The images are frightening but they rarely change behavior.

The most successful technique to stop smoking is Allen Carr’s Easy Way to Stop Smoking. It was how Ellen, Ashton, and I quit.

So how does Carr succeed where squillions of health promotion dollars fail?

It’s simple. Carr explains that cigarettes don’t elevate you to some higher plane, like most smokers think. The nicotine just raises you up to where non-smokers are naturally and then drops you back down, almost seconds after your last puff.

The belief at the heart of why smokers don’t want to stop is they’ll miss out on the relaxing feelings. But Carr shows, give up smoking and feeling good becomes the norm. He flips the old belief.

And this is what we need to do when dealing with the slippery fish of forgiveness. We need to flip the beliefs that make it seem difficult.

I used to see forgiveness as something you did. A verb. Now, I see it more as a noun—something that occurs naturally when you understand the truth about your thoughts and feelings.

Here are my 3 Carr-like forgiveness “belief flippers” that have helped me not only let go of hurt feelings but deepen my sense of well-being.

Admittedly, the bigger the hurt, the more challenging this gets. My hunch is these ideas might help the thing you’re trying to let go of.

1. Your thoughts cause your feelings.

A few years ago during an intensely challenging personal time, a good friend of mine told me she no longer wanted to be friends. It touched something deep within me, and for a long time I saw her actions as hurtful.

But then I realized two things:

First, I was being supremely self-centered by not considering what it was like for her.

And second, the real reason I was upset had nothing to do with her and everything to do with me. She hadn’t done anything to me, really, but my “I’m not good enough” radar was going off big time.

My hurt feelings were due to what I thought of myself deep down. (I say “deep down” because not so deep down, I’d convinced myself I was awesome).

If my sense of self-worth had been rock-solid, I would’ve more easily seen her side of things. Yes, I would have missed her, but I wouldn’t have taken it personally and felt heart broken.

Your feelings are the result of what you tell yourself about what happened. It’s your thinking causing your pain.

Which in practical terms means you need to stop blaming others for how you feel.

2. The art of just noticing.

So if thinking is the cause of icky feelings, you should change your thoughts, right? Or at least figure out where they come from?

This is a common belief. But it’s also, I believe, the hardest way. Here’s what I think is a better option:

Rather than try and think a different thought, like gratitude, or even forgiveness, just notice your thoughts without getting caught up in them.

Once I understood I was the creator of my own feelings, this is what I did. And for years, on the odd occasion the topic of my friend came up I’d burst into tears, but always I’d be thinking, “Wow, am I really still working through that?” Almost as if I were a bystander.

And guess what? Over time, my sad feelings lessened and my genuine love grew. Not just for my friend, but for me too.

By not judging my feelings or blaming them on anyone else there’s been a shift in something much bigger—my sense of self worth has got stronger.

It’s not like I don’t get upset anymore. Cripes no. I do. But knowing that my feelings are “my bad,” I rarely take it personally. The sting has gone.

3. Consider that there’s nothing to forgive.

Over the years I’ve thought about the shift that happens when we go from feeling angry and hurt to loving and peaceful.

Are we learning forgiveness or do we simply reach a point where we now see there was nothing to forgive in the first place?

Is forgiveness so tricky because the real “cotton dress running through the fields” feeling we’re after only comes once we realize there’s nothing to forgive??

To help me wrap my head around this I find it helpful to consider the larger picture. As in, outer space large:

I imagine a kinder, wiser and more compassionate version of myself sitting on the moon, perhaps kicking back on a deck chair drinking a margarita with Alice Kramden, looking down and watching, as the earthly me muddles my way through life…

Watching myself hold onto dodgy beliefs and making some epic mistakes.

Watching children around me born into challenging times and how this affects their sense of self-worth and how easily this passes on to others.

Watching us all learning to love ourselves unconditionally—trying, failing, and even succeeding, as we do.

And I figure this wise margarita-drinking self would conclude that everyone in their own unique way was doing their best.

And when you think about it, if everyone’s doing their best, what’s to forgive—doing your best?

Toss around the idea: “Forgiveness is understanding there’s nothing to forgive.” It’s big, but when it sinks in, it really helps. And check this out…

Forgiveness is understanding. There’s nothing to forgive.