4 Mistakes That Are Built into Your Brain
By Sean Sergio 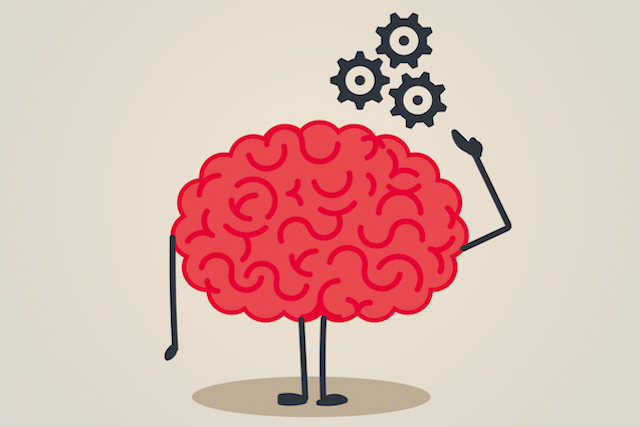 “Cognitive bias is the biggest self-imposed obstacle to progress, not only for oneself but in the end, for all mankind.” ~Unknown

On a beautiful Pittsburgh morning in 1995, McArthur Wheeler decided to rob a bank. Not just one bank, but two. McArthur had a secret plan, one that he thought would make him exceptionally successful. It involved something very sour, a lemon.

McArthur had just recently discovered the “invisible ink,” a substance commonly used in elementary science class. Lemon juice, when used as ink on paper and dried, only appears visible when heated. Unfortunately for McArthur, his ingenious plan involved covering his face in lemon juice and then robbing two banks.

The fact that his face was not made of paper didn’t discourage McArthur from employing his reasoning that some lemon juice on his face would make him invisible to all the surveillance cameras.

Unsurprisingly, several hours after the two robberies McArthur was in custody. To his astonishment his plan was unsuccessful. He even objected to detectives, “But I wore the juice.”

Although most of us have never been this ignorant, our lives are still full of examples of ignorance. Whether we want to acknowledge it or not, some mistakes just never go away.

I have personally struggled with my own mistakes throughout my life. Not because I am scared of them, but rather because I seem to keep encountering the same problems. How can I make the same mistake over and over again? Am I just stupid? Why don’t I see other people making the same mistakes?

We all know that we need to approach these errors as learning opportunities, but that is much easier said than done.

The truth is that some of these mistakes are built into our brains. We are programmed by birth to make cognitive shortcuts. These are quick jumps in our thinking that often leave us making poor judgments and even worse, faulty decisions.

Our brains are remarkably wondrous things that have evolved for one simple reason—survival. They have morphed into supercomputers that can take the unending sea of information in the world and make it simple. To be conscious of even a small percentage of all the information that our brains take in would be blinding.

Instead, our brains take in everything and only stream the information that fits within our model of the world. This is referred to as “mental accounting.” A good accountant doesn’t bore you with every detail of the process, but rather gives you the final product, which you care about. Our brains work the same.

Why Are We Always Right and Everyone Else Is Wrong

Have you ever had an argument with someone so frustrating you wanted to smash your head on the wall? Other people’s biases are always ripe for judgment, but rarely do we afford ourselves with the same pleasure. The brain is biased toward protecting our own beliefs and avoiding contradictory information.

If your beliefs are like a house, you must support your structure. You can’t go digging around the foundation looking for inconsistencies or contradictory beliefs. We have a vested interest in ignorance, which makes us naturally resistant to seeing our mistakes. Instead, we often try to justify our decisions and prove to others they are wrong.

Seeing Your Mistakes Is a Recipe for Growth and Clarity

Acknowledging your mistakes is a powerful method for seeing how easily we are influenced and biased. Looking at our decisions will provide clarity and create compassion for others around us.

Today we’re going to look at four mistakes we make in our daily living. These are wired into us; if you look hard enough you’ll see them everywhere.

Confirmation Bias – Why We Always Need To Be Right

Last week I was arguing with my girlfriend about something that I later realized was trivial and inconsequential. We had both entrenched ourselves in our opinions on the matter, and before we knew it we were shooting off a list of examples and reasons why the other party was wrong and we were both right.

So what usually happens when you encounter this dilemma? Naturally, the next logical step is assuming that they are either a) unfair/stupid/biased/illogical, or b) purposely being stubborn.

How can they not see the clear, impeccable logic of my argument and see that I am clearly correct?!

This is a slippery slope, and chances are both of you are suffering from the confirmation bias. We look for confirmation of our beliefs/philosophy or opinion in any context or situation. We find scenarios that support it and then stick to those, regardless of how terrible our argument may be.

You find examples of what you want to believe and ignore those that don’t fit.

When I was younger I got myself stuck in a long five-year relationship that I knew deep down was an absolute waste of time. We were not right for each other and on two totally different trajectories in life, but I still persisted. I kept thinking we had already spent so much time together, how could I possibly quit now?

This is the sunk cost fallacy, when we use past decisions to justify irrational current decisions. Basically, we justify putting more time/effort/money into something because we have done so in the past, despite the fact that evidence indicates continuing the decision will outweigh future rewards.

Sound familiar? We can see it everywhere. From business to our love lives none of us are safe from this pervasive little mistake. Sunk cost isn’t just a hyper persistent behavior, but rather persistence in the face of certain overwhelming evidence of potential future failure.

Think of a relationship, one that you shouldn’t be in. I’m sure many of you have experienced that. How many times have you seen two people together and thought why the hell are they together? It’s pretty hard to pull the plug on something that you’ve spent so much time in, especially if you still hold an irrational hope that things will change.

The same goes with a job that you’ve done for years. You feel hesitant and scared to try something new. You’ve already spent so much time working hard; you can’t just leave now.

Fundamental Attribution Error – Why We Judge So Quickly

The driver in front of me is so slow. What is he or she doing? It must be an elderly person who can’t even see over the steering wheel. You increase your speed and catch up beside them wanting to satisfy your curiosity with a glance into the passenger window. You are surprised to find a young women talking on her cell phone.

It works like this: John is late, so therefore, John is inconsiderate and always late.

A small observation (regardless of how inaccurate it is) leads to a wide generalization. All further judgments are fixed with that label. Assigning fixed states or characteristics due to singular events is an automatic process that we use to simply the world.

The world is a complicated place, and the amount of sensory and social stimuli that our brains have to process is beyond our comprehension. This is the brain’s way of categorizing things, very fast and very inaccurately.

I know you are probably thinking of how unfair this is. Fairness is not an issue when faced with our intrinsic need to create a world that is both safe and controlled.

We want to make things understandable and safe, and consequently, easier to assign blame. Attributing failure to personality causes, as opposed to situational causes, is a wonderful way to accomplish this.

The truth is there is no way we can understand a fraction of the events that contributed to an event occurring; most of the time it’s simply pure speculation. Believing that things are tidy and neat satisfies our need to see the world as fair and encourages the illusion that we have control.

The fundamental attribution error is more than just judging a book by its cover; it’s represents a fundamental need to see the world as simple and easily understandable.

Availability Heuristic – Why You Never Consider the Long Term

I recently decided to wear a helmet while biking. I had never done this before, but after seeing a local news article about an accident I figured now would be a good time to start.

As I get older my ability to forget things has continued to amaze me. Time spent with friends and relatives seem to blur. Annual events come by and I am left shocked, thinking that I was in the same place at the same time last year doing the same thing. It somehow feels close and yet far away at the same time.

Our memory isn’t optimized to remember things in the past in incredible detail and clarity. We are biologically wired for the now. Our survival instincts have evolved to be hyperactive pattern detection machines that focus on the here and now.

Our vast experience and history is not automatically factored into our decision making process, rather we weigh our judgments to the present information. This is the availability heuristic; we overly value recent events over past events.

Good decision-making means using past experience and knowledge as a reference point for future decision-making, rather than using whatever random information you have recently encountered to form a decision. However, availability bias skips this step.

Why is it so hard to think clearly when you are emotional?

The answer is simple. Anything that is vivid, unusual, or packed with emotional latent material is given first class priority by our brains.

These upgraded passengers are pretty big and may even require an extra few seats on the plane, much to the chagrin of our more rationally minded smaller passengers. Decisions made in a more rational state of mind are quickly forgotten when an emotionally charged situation arises.

That’s why the ol’ walk around the block once and cool off trick usually works.

These are just four of the many systemic mistakes that are built into our brains. Remember they aren’t evil or necessarily bad; in many cases they are necessary for healthy living. However, they do represent a fundamental method for simplifying the world and making it more understandable.

I think the biggest takeaway from these four mistakes is that understanding them builds compassion. Understanding others needs to start on an individual level—understanding yourself. Knowing how easy it is to make these kinds of mistakes allows us to be more compassionate when seeing others encounter the same issues.

What are the mistakes you find yourself constantly making? Drop a comment and let us know.

Sean Sergio is PhD student turned blogger who writes about the psychology of successful business and living. He is on a mission to reprogram his mind one thought at a time. Visit him at siamohajer.com and check out his books at siamohajer.com/books.

Follow Your Heart, Not Your Fear: How to Make Choices That Are Right for You

What If Your “Overthinking” Is Actually Good for You?

The Real Secret About the Power of the Mind