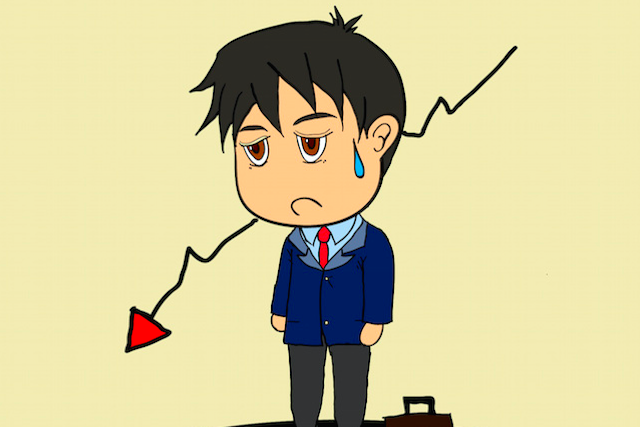 “The final proof of greatness lies in being able to endure criticism without resentment.” ~Elbert Hubbard

Are you afraid of receiving criticism?

Even if it’s minor or well-meaning, criticism can feel like a punch in the gut.

And if you let it, criticism can leave you feeling down and resentful for days or weeks after.

As the music director at my church, I occasionally receive negative feedback from members of the community.

After services one Sunday, a congregant came up to offer some critique of my music selections. At first it felt like a full-on attack. I didn’t even have a chance to get up from the organ bench before she began.

I wish I could say that I responded perfectly, but I didn’t. I immediately became defensive. My breath shortened. I interrupted her before she could complete her thoughts. But at some point in the midst of the barrage, I regained my composure and listened.

It was hard and painful to just listen without being defensive. On reflection, I realized that my pain had little to do with her criticism. It came from my own fear of being judged. Once I became aware of this, it was much easier for me to recover emotionally and move on.

If you struggle with the fear of being criticized, here are some things to keep in mind:

1. Criticism will not kill you.

The mere possibility of being criticized can fill you with dread.

When I was being criticized, my fight or flight response was automatically triggered. Though I was in no real physical danger, my mind started to immediately generate thoughts such as: “What if she starts a campaign to get me fired?” and “How will I find work to support my family?”

In hindsight, it’s easy to see that the leap from criticism to catastrophe was a gross distortion of reality. But in the moment, the thoughts can feel very real.

Over time I’ve learned to regain control of my thoughts by asking questions, such as: “Are my disastrous scenarios likely to happen?” or “Will this kill me?” I’ve found the answer is often no.

Criticism can hurt, but it cannot maim or kill. If you struggle with the fear of criticism, know that you too have the resources to get through it and move on.

2. Giving criticism can be as hard as receiving it.

It’s hard for people to say what’s truly on their minds. Most would prefer speak ill of you behind your back or let resentment build rather than risk conflict.

As I struggled to hear the woman’s criticism, I noticed that she was visibly shaking. It dawned on me that this person, rather than simply grumbling to other parishioners or the pastor, had summoned the courage to speak directly to me.

In that moment, I was able to empathize with her. This profoundly changed my experience of being criticized. My attitude shifted from that of fear to compassion, even gratitude. I no longer perceived her as a threat and my own fears were calmed.

If you’re facing criticism, try to see the situation from the other person’s point of view.

3. Not all criticism is created equal.

Think of the last time you were criticized. Did you find yourself overanalyzing everything the person said?

In the struggle to articulate their feelings, people often say useless or hurtful things. Somewhere in there is the main concern they are trying to communicate. It’s tempting to let negative comments, often arising out of frustration, get the best of us.

In my own situation, I chose to address the genuine concern and discard the rest.

You too can challenge your own tendency to focus on the negative by asking yourself: “What’s is the focus of their complaint?” If the purpose of the criticism is simply to antagonize, give yourself permission to discard it all.

4. Criticism can fuel your personal growth.

When we’re in defensive mode, it’s practically impossible to be self-reflective. But once the defenses drop, allow this question to come to the surface:

Is there any truth to the criticism?

Entertaining this question will be the starting point of your personal growth.

Once I’d processed the valid concerns of the criticism, I began taking practical steps to incorporate the feedback into my work and attitude. I also began to process my own fears and general defensiveness. Finally, I worked to drop my resentment toward the person who criticized me.

How can you effectively incorporate useful criticism into your life? Focus on using the criticism to improve yourself rather than please or appease the person. This will help you let go any lingering resentment toward them.

Kick Your Fear of Criticism to the Curb

As long as you are breathing, leading, or doing something that matters, you will be criticized.

Don’t let your deep, dark fears of being criticized hold you back.

Instead of trying to avoid it at all costs, expect it—even welcome it.

You’ll learn to conquer your fears and increase your confidence.

So next time you’re staring criticism in the face, take a deep breath, smile, and say to yourself, “Let’s do this.”

Overcoming Defensive Thinking: If You Try to Avoid Criticism, Read On