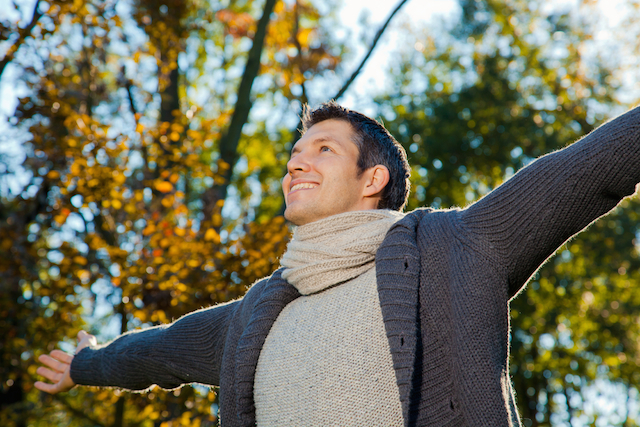 The summer I turned twenty, I worked as a camp counselor at an educational camp with strict rules. As one of my responsibilities, I escorted groups of fifteen to twenty students, ranging in age from middle school to high school, to and from their classes and activities across a large urban campus.

I was in charge of a group of spoiled, rebellious sixteen and seventeen-year-olds who would rather be spending their summer anywhere but at an academic camp.

Because I was only a few years older than them, I had some difficulty controlling their behavior—camp rules required that I confiscate cell phones, discourage talking during class, and deal with a shoplifting incident at the campus store.

After a few weeks on the job, I was feeling overwhelmed. The older students would sabotage us by making us late for every class. They’d goof around, stall by pretending to tie their shoes, or stand in traffic.

My tactics—telling them repeatedly to hurry up, calling out to them that we’d be late as they lagged far behind crossing streets, and listing the reasons we had to walk faster—weren’t doing me any good. I was sick of repeating myself, I was losing my voice, and my approach wasn’t getting the results I wanted.

So one day, out of desperation, I tried the opposite of what I had been doing. Instead of putting so much energy into trying to control them and be on time, I let go.

I continued walking with the younger kids and let the older ones walk behind us at whatever pace they wanted. I pretended to ignore them (while still keeping an eye on them since I was solely responsible for their safety). By letting go, something strange happened: we all arrived at the class faster than ever.

Giving them a little space and taking my attention off them probably made them feel more mature and independent, like they were walking on their own. Instead of leading by micromanaging, I stepped back and tried to care less in order to get the results I wanted.

If you find yourself up against a wall, maybe you’re trying to force things. Paradoxically, letting go and loosening your control can pave the way for you to achieve what you desire.

It’s not about un-attaching yourself from the outcome you want. I still wanted compliance and respect from the campers, but I decided to go about achieving that in a different way. This shifting mindset is like a tiny gear changing, but it can make a profound difference.

When was the last time you hit a wall and tried shifting your perspective to reach a solution? How can you cultivate and encourage such a mindset in your daily life to think differently? Here are five small practices to help you learn to embrace change and harness your creativity.

1. Mix up your routines.

You may be stuck in ruts you don’t even realize. Brush your teeth with your non-dominant hand. (It’s surprisingly difficult, and it enhances creativity by building new neural pathways in the brain.) If you’re right-handed, try using your left hand to move your mouse cursor for an afternoon.

Shift the arrangement of the apps on your phone, or change up the order and organization of the files on your computer desktop. It can be very disorienting at first, but just try something new and getting over your initial resistance is the hardest part.

At the start of each month, make a list of foods (guava, figs, buffalo jerky) that you’ve never tasted. It can be as simple as sampling a new kind of cheese.

It’s reassuring and comforting to hold on to our old, trusted standbys, but you never know what could become your new favorite food. I didn’t try mango or pomegranate seeds until last year, but now they’re two of my all-time favorite fruits.

3. Add playfulness to your day.

The next time you’re at a coffee shop or restaurant, why not order with a British or Indian accent (if you’re not British or Indian)? Stick to your accent the whole time, or switch it up in mid conversation and try to keep a straight face.

Or, if you’re shopping for clothes, pick one item to try on that’s something you’d never wear. You’ll (hopefully) at least get a laugh, but being playful can also open you up to considering new ways of doing routine tasks, helping to gently expand your perspective as you see more possibilities than the obvious, logical ones.

Let go of any inclination to be too inwardly focused by observing and commenting on your surroundings. Compliment a stranger on a piece of jewelry he or she is wearing, or ask a stranger for directions somewhere.

If you seek out interactions each day or each week that you wouldn’t otherwise have had, you may be surprised by the cumulative effect they can have on your creativity. It can also open you up to more opportunities that you otherwise would have missed if you hadn’t stepped out of your own headspace.

For twelve years, I had an alarm clock that was a comforting presence since it was the first thing I saw each morning. I realized I no longer needed it, but I didn’t want to abruptly let go of it.

So, I took baby steps by first just unplugging the alarm clock. Then, I moved it down on the floor. After a few days, I put it in a brown bag so it was out of sight. A few days after that, I put the bag by the door, and then the next day I donated the alarm clock.

If we resist the little changes in our lives, we have a much harder time dealing with the big changes. When a certain method isn’t working for you, take a step back, clarify what you want to accomplish, and open yourself up to approaching the problem in a different way. Letting go can feel scary, but it can also bring you to something better.

Suzanne Raga, a recent graduate of Princeton University, publishes the indie music discovery blog After The Show. She shares her experiences playing drums in a rock band while also succeeding academically with middle and high school students in her book You Rock! How To Be A Star Student & Still Have Fun.