5 Steps to Make Change Work for You
By Vijayalakshmi Harish 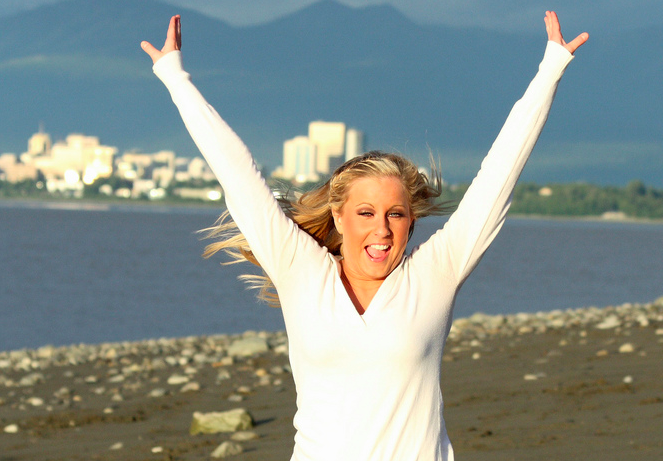 Life is a free-flowing, ever changing river. Riding the rapids is frightening, and the temptation to avoid it is alluring. However, the adventure it promises is equally attractive.

We are naturally primed to adapt. Yet, the possibility of having to give up what is familiar is daunting. It can leave one paralyzed, disoriented, and unable to move forward.

In my childhood, my family kept moving across cities and often within the same city. By the time I was ten, I had lived in three cities, in two different states, in about ten different residences, and had studied in seven different schools. A period of apparent stability followed this nomadic phase of my life.

When I decided to get married, I had been living in the same city for about fifteen years. I had a job, a daily routine, a solid social circle, and everything else that speaks of a “settled” life. I was absolutely snug in the center of my comfort zone!

Perhaps that is why the thought of moving to a new city post-marriage made me apprehensive.

Marriage, in itself, is a huge life change. I knew full well that it would usher in a plethora of new roles, responsibilities, and demands.

In addition to this, living away from my family, my friends, and everything that was familiar to me was a rather intimidating challenge.

The doubts that my family and friends expressed with regards to my ability to adjust added to my anxiety. I started to have second thoughts about getting married.

At the same time the idea of giving up on a wonderful man just because I was too afraid to make a few changes in my life seemed ridiculous. In the end, I decided in favor of getting married and moving to a new city—one that was very different from what I was used to.

Two years later, I know I’ve made the right decision. Having taken on the challenge called “change,” I have made it work for me. In retrospect, I can describe the process of successful change as having five discrete steps/stages.

I had to trust myself. Handing in my resignation letter without having another job lined up was one of the toughest things I’ve had to do.

I gave myself the confidence that I was skilled, and I would be able to find another job no matter where I went. I believed that no matter where life took me, I would find a way to put down roots and thrive.

2. The willingness to move out of your comfort zone.

It’s difficult and it takes a lot of courage to let go of the people, places, and things that we’re used to. These are emotional anchors that keep us rooted. They give us a feeling of security.

To successfully make a change, however, one must be willing to let go and accept the ensuing discomfort—which is usually short lived and worth the trouble when you take the benefits into consideration.

Accepting discomfort does not mean that you should disregard the unpleasant aspects of the situation and focus only on the positive. In fact, we may find nothing to like. Acknowledging the negatives is a better strategy than denial, and was in fact the third step I took toward making a smooth transition.

When we are open about what we dislike like about the situation, it presents us with opportunities for problem solving. There are many things that I don’t like about the city I live in now. However, acknowledging these things has enabled me to work around these issues.

Of course, I didn’t do any of this in a hurry.

When we juggle too many balls, we’re bound to drop a couple. Each one of us has our own momentum at which we are able to make adjustments.

As a new bride, my initial focus was on getting to know my new family better. From there I moved on to getting to know my immediate neighbors and locality well. I took my time to settle down before I started working again and exploring the city as a whole.

This steady pace gave me the time to appreciate the positives—the final step.

I began to notice that making the change had opened up a whole new world to me. This was a great opportunity to meet new people and to discover new places!

Quitting my well-paying job—something that I dreaded before—became a blessing in disguise. I had always wanted to be a learning and development professional; however, I had been working as a marketing executive.

Quitting my job in marketing in order to shift to the new city, though unpleasant, had now given me the perfect opportunity to make the desired shift in my career as well.

A happy family life, a dream job, and the time to pursue my interest in writing—these are the greatest gifts that I have received as a result of making this change.

When we begin to see the good that is the outcome of the change, we know that we have been successful in making a transition.

Change can be unpleasant, uninvited, and unwanted. But every change opens a door to possibilities that can leave us pleasantly surprised. Whether or not we can take advantage of it depends on how we approach the new situation we find ourselves in.

The best part about being human is that we have the ability to adapt consciously—by altering the situation that we are in or by adjusting to the circumstances. When seen through these lenses, change is not something to be feared and avoided. Rather, it becomes a tool for growth and self-development.

We can make change work for us.

Vijayalakshmi Harish is a Learning & Development professional. She designs and facilitates programs on Emotional Intelligence and Anger Management. Her other interests are literature and mythology, from which she borrows in her learning programs.  She is also a writer and poet. Some of her poetry can be viewed at http://hellopoetry.com/-vijayalakshmi-harish/.

Hate Your Job? Change May Be Hard But It’s Worth It