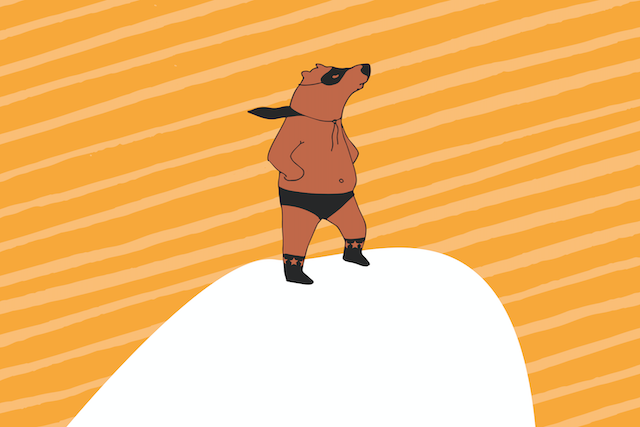 “Do the one thing you think you cannot do. Fail at it. Try again. Do better the second time. The only people who never tumble are those who never mount the high wire. This is your moment. Own it.” ~Oprah Winfrey

I’ll never forget being filled with utter disappointment as I watched my mum cross the finish line at the Paris marathon. I should have been celebrating her achievement. Instead, all I felt was regret for not crossing the finish line alongside her.

I had set myself the goal of running a marathon and invited my mum along for the challenge. Unfortunately, I have still yet to reach my goal.

After returning home from Paris I did a lot of soul-searching to see why I had been unable to complete a goal I’d had for three years.

Although a personal crisis had contributed to the situation, I realized a number of things within my control had held me back. If you struggle to reach your goals, these five things could be standing in your way.

1. Your core beliefs are holding you back.

We all have a set of core beliefs around what we believe is possible for our lives. I had set myself a challenge to run a marathon, but in fact my core belief was that I couldn’t, because I had failed to stick to my fitness goals in the past.

We can never achieve anything that contradicts our core beliefs, but we can change our core beliefs. By having small wins each day we can prove that what we believe about ourselves isn’t necessarily true.

2. You don’t have a schedule (or you’re not sticking to it).

It’s not what you do every now and then that counts, it’s what you do on a daily basis. I created a training schedule, but I didn’t commit to making progress on a daily basis. It was easy to talk myself out of runs and before I knew it, it was one month before the marathon and my fitness levels were nowhere near where they needed to be.

Create a schedule and make sure you are sticking to it each day. Commit to doing everything in your control to make progress and you’ll be surprised how far it will take you.

3. You don’t have an accountability partner.

It’s one thing to set yourself a goal, but it’s another to be held accountable to it. Having another person hold you accountable will make it that much harder to quit when the going gets hard.

Although I had signed up to do the marathon with my mum, she was in New Zealand and I was living in England. Finding someone to train with on a weekly basis would have helped to hold me accountable to my schedule.

To achieve your goals you have to be self-motivated, but it also helps if someone else is also on your case. Pick an accountability partner who can relate to what you’re trying to achieve and will make sure you stick to your plan.

4. You want it for the wrong reasons.

When I was studying at university I told a friend that I wanted to run a marathon one day. “You’ll never do it,” he replied. It made me angry that he had no faith in me, and so I set out to prove him wrong.

Although I was partly driven to run a marathon because I was told I couldn’t, I did have other positive motivations. Overcoming a massive challenge, getting fitter, and achieving a personal goal were just a few of the positive reasons why I wanted to complete a marathon. I should have focused on these motivations, not wanted it because another person had no faith in my abilities.

5. You let your past experiences define you.

Just because you failed to reach a goal in the past, that doesn’t mean you will always fail. Even though I have yet to run a marathon, I’m proud of myself for setting the challenge and I know I will eventually reach my goal.

Many people have goals, but never attempt them. While leading up to the marathon I significantly improved my fitness levels and took part in a half marathon. Something I may never have done without the goal of running a marathon.

When you fail, don’t start calling yourself a failure. If you have failed in the past it shows that you have attempted to take risks. Be proud of yourself for stepping out of your comfort zone, learn from the mistakes you made, and help them propel you forward to achieving your goals in the future.

There will be times in life when we fail, but what we learn from our failures is extremely important. Those who achieve their goals also face failures, but they grow from their mistakes, get up when they stumble, and make progress each day in the direction of their dreams.

Remember, you are just a few small adjustments away from achieving your goals.

Christel Price helps millennials navigate life as an adult. She creates weekly animation videos with tips on how to be a better grown-up at christelprice.com. From New Zealand, Christel has a background in journalism and coaching. Pick up Christel’s easy worksheet on how to achieve your goals.