How to Release Anxiety and Feel Peaceful, Calm, and Free
By Andrei Corovei 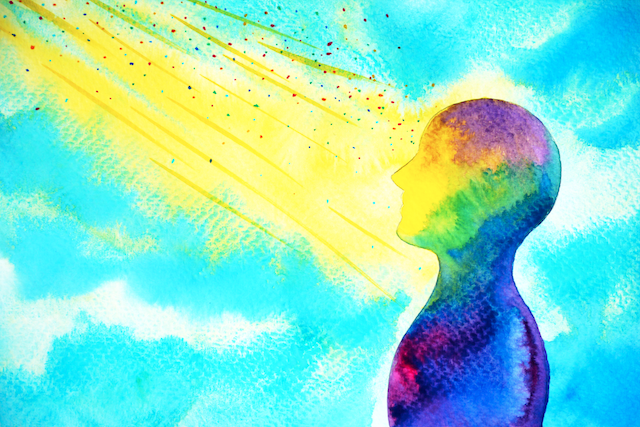 For a long time I have struggled with episodes of anxiety. At times, I’ve gotten a feeling of crushing fear that occurs even in situations that most people consider to be safe.

The first episodes I remember were from my early childhood, when I was so frightened that I used to cry all the way from home to kindergarten because I didn’t want to go, although I apparently had no reason.

As I grew up I learned to hide this anxiety by doing the things I was good at. During high school I discovered that I loved computers, and I felt confident and safe, as I knew that I could achieve something in this field.

When it was time to go to college, I decided to study Computer Science. I wanted to build applications, as many as possible. But I soon discovered that school was not like that; long classes of mathematics and physics were ahead of me, classes that had nothing to do with my dream.

During my second year, my anxiety started to strike back. I was feeling exhausted and I had a feeling that everything I did was worthless.

After some months of living with the fear, I decided to do something about it: I took a shot at one of the local software companies. Although there were a lot of obstacles, I was willing to fight them all, as I had the feeling that I was on the right track again.

The next hop was during my fourth and final year when I started to feel that I was stuck in one place.

The tasks I’d been given at work were very similar, and I started feeling bored. But behind this feeling of boredom, my anxiety grew again. Along with this anxiety came a feeling of frustration, because I thought I wasn’t able to change my job.

When I finally decided to go, I found out that the step was too big for me. My body suffered under the huge amount of stress that I had put on myself over the years.

Although my colleagues at my new workplace were friendly, I couldn’t break the feeling of fear. I quit after three weeks, deciding to take a long break to think about my future.

What I didn’t know at the time was that my anxiety would come with me wherever I went.

I needed a brand new way of dealing with it, so I decided to break it once and for all by developing a healthier mindset.

Here are some of the realizations and choices that helped me release my anxiety, along with how I put them into practice. Anxiety can have many different causes, but perhaps something from my experience will be helpful to you:

1. Remember that good enough is the new perfect.

I’ve always tried to be the best in everything I’ve done, and this has led to a huge amount of anger and stress. I decided that it was okay to let go from time to time. I didn’t have to get nervous for every exam; I didn’t have to win all the time. It was okay just to play the game.

Doing this, I also managed to develop better friendships and relationships. I discovered that my “I want to win everything” attitude was placing everyone on an enemy position.

When you focus less on being the best, you release the pressure you’ve put on yourself.

Although this may not seem to have anything to do with anxiety, it’s related. I used to do a lot of things at the same time: work, check my phone, answer emails, make small talk with somebody, and so on.

These interruptions made me lose track of where I was standing, and those times when you feel lost are a great place for anxiety to settle in.

Focus on one thing at a time and be mindful in that one activity and you’ll naturally feel less anxious.

I was always afraid of going to crowded places, such as supermarkets and malls. I’d tell myself, “This time it’s okay not to go. Next time you’ll feel more confident.”

But that never happened. The next time I had to face the situation, my body knew that the previous time, I had let fear win. So instead of dealing with the feelings in one situation, I had to deal with feelings from two.

Now, instead of avoiding things, I always say to myself when I am scared: “This is the best time to face my fear! Bring it on!”

Don’t hide from the unavoidable situations that make you anxious; little by little, condition yourself to work through your feelings.

4. Find a passion that calms you.

I noticed that in periods of great stress I seemed to have nothing to enjoy. Friends would tell me to take a day off or do something I like, but I had a hard time finding things I liked.

During these days I’d sit in by bed, turning from one side to another, and then return to work more tired than I was when I left.

One day I remembered that, as a kid, I had a dream of running every morning before everybody woke up.

After a month of daily runs I can say that I feel awesome. Whenever I feel anxious I picture myself running, take a few deep breaths, and I calm myself down instantly.

5. Focus on the things that you can control.

In the past, I often complained about not feeling well. I was convinced that I was ill, even though I had lots of medical tests all stating that I was healthy. The symptoms that I encountered were dizziness, lightheadedness, and tensions all over my body.

As frightening as these were at the time, I realized that it was my obsession with control that was causing them. I was always asking myself: “Am I feeling well?“

In worrying about the symptom, it became real.

I’ve learned that I cannot control my body. I can only control my thoughts—but my thoughts directly influence how I feel physically. Now and then when I feel dizzy, I take a moment to ask myself, “Am I causing this by worrying?”

6. See anxiety as an opportunity.

In retrospect, I see that anxiety was probably the best thing that ever happened to me. It was when I felt anxious that I knew that I had to make changes—with my approach to my work, my passions, and my mindset.

Anxiety goes away only when we learn what it’s teaching us. That is when we can move on.

How to Tackle Fear and Anxiety Cognitively, Behaviorally, and Spiritually