A Powerful Lesson in Self-Compassion: Are You Allergic to Honey?
By Lea Seigen Shinraku 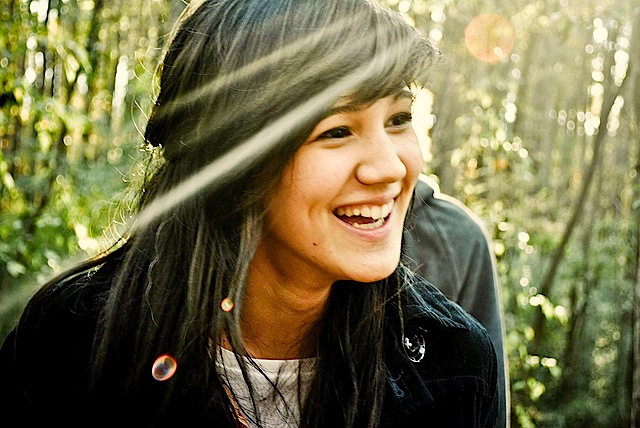 When things don’t go as planned, is your go-to explanation that it’s because you did something wrong, or because there’s something wrong with you? For many people, self-compassion is a real challenge.

Most of us want to be kinder to ourselves, but our self-critical, perfectionistic patterns are often well-established, and it’s hard to know how to interrupt them.

When I was in graduate school, I was driving home from school one evening when I noticed that my car was overheating. Just as I arrived in front of my building, the engine stalled completely.

It was 5pm on a Friday, I was blocking the bike lane, and traffic was backed up behind me. Two cars sped past beeping their horns, and then a cyclist turned and waved his fist as he rode around me. I flipped on my hazard lights.

As I dialed Triple A, the self-critical thoughts and stories started to spin:

“Why didn’t I notice earlier that the car was overheating? I should have had it serviced. If I had been more on top of things, this wouldn’t be happening.”

I heard more car horns beeping as the woman at Triple A promised that a tow truck would be there within 30 minutes. After I thanked her and hung up, the self-critical stories resumed:

“I’m in the way; inconveniencing everyone around me. I’m taking up too much space.”

I was startled by a knock at the passenger window. A guy with a goatee and a beanie stood next to my car, and I suspected that he was going to give me a hard time for being double-parked. Reluctantly, I lowered the window.

“Hey,” he said. “I work at the cafe right here—do you want a latte or a chai or something?”

I stared at him, speechless, blinking through the beginnings of tears.

“We’ve also got hot chocolate and tea,” he said.

He actually meant it.

“You got it,” he said and headed back to the cafe.

I sat there, stunned. This experience did not fit into the story my inner critic had been telling. All of my self-criticism had been completely silenced by this stranger’s spontaneous impulse of kindness.

Suddenly none of this was my fault; it was just something that was happening, and I could allow it. All the stories had been just that: stories.

A few moments later he reappeared with the chamomile tea and handed it to me.

“Thanks.” I pulled a couple of bills from my wallet.

I looked at him and took the tea.

He tapped the passenger door twice as a goodbye. I put the window back up. The tea was too hot to drink, so I held the paper cup as it warmed my hands.

I let it register some more: This wasn’t my fault. It wasn’t evidence of me having done something wrong. It was just something that was happening, and it could just be that.

And what was so wrong about taking up space, anyway?

I was startled again by another knock. He was back. I lowered the window.

“Hey, are you allergic to honey?” he said.

“Oh, good. I put honey in it. I didn’t think to ask if you were allergic. If you are, I can make another one.”

“No worries, then.” And back to the coffee shop he went.

I smiled and blinked through a few more tears. He had put honey in my tea without me even asking? This baffled my inner critic even more; it had nothing to say.

I thought about how the self-critical stories had flared up as soon as I found myself in a challenging situation, how automatic it was for me to think that the coffee shop guy was there to criticize me, and how immediately the trance of self-judgment was broken by his act of kindness.

In five minutes, he had given me a life-altering lesson in how compassion alchemizes criticism. He had no ulterior motive: he was simply being kind and generous, and he inspired me to be more kind and generous with myself.

If you struggle with self-judgment, tuck this simple phrase into your back pocket.

The next time you notice that critical thoughts are present, experiment with asking your inner judge, “Hey, are you allergic to honey?” It just might help you interrupt those all-to-familiar patterns, and start creating new, self-compassionate ones.

Lea Seigen Shinraku is a therapist, writer, and long-time meditator. She loves helping people live with greater joy by transforming limiting beliefs and ending the wars they fight with themselves. Learn more about Lea and request a complimentary consultation at leaseigenshinraku.com, and connect with her on Twitter and Facebook.

How to Calm Morning Anxiety by Mindfully Drinking Tea