Better Together: We Are Not Alone
By Stephen Archer 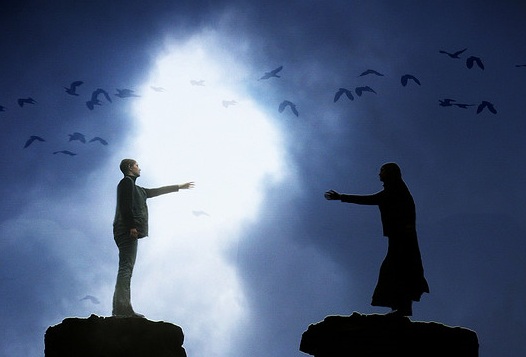 My patient, John Done, rolled in by ambulance from his home in rural Oregon. As his story unfolded I understood why the nurses and ER doctors in the room were slack-jawed and shaking their heads, and I understood why I had been called to see what the nurse called a “DIY’er.”

I have been a surgeon for over ten years and had never been consulted for a case of do it yourself surgery. John had had a belly button hernia sticking out a couple of inches for many years. It started hurting a few days before I ended up seeing him.

Somehow, John convinced himself that the hernia had turned in to an abscess, even though it had been there for, as I said, many years. The pain changed his mind about an obvious reality. Once he decided it was an abscess, it made sense to lance it.

John was not fond of going to the doctor and usually took care of his own medical care.  He opened up his Korean War medic kit and found his sterile scalpel…

When I got to John he had two stab wounds in his abdomen and was leaking intestinal contents onto the dressings. We took him to surgery, took out a segment of his bowel, and repaired his hernia.

He did well and was very happy to be free of the hernia. He agreed to call me prior to embarking on another DIY operation.

Although it seems unbelievable that lancing a hernia could happen, understanding the chain of events is instructive.

John was out in the middle of rural Oregon, essentially alone with a lot of pain. This, combined with a belief that the usual routes of help (doctors) were not to be trusted, led him to do what he had to do to find relief.

I think the key component in John’s decision was his belief that he was alone with his problem.

I have found in my own life that when I get disconnected from other people, I start to get, well, squirrelly. I do things that I would never do if I were to check them out with someone who cares about me.

When I am getting help, I am usually getting better. In general, I get sick when I am alone and I get better when I am connected. In fact, I define spirituality as the process of being connected. The more disconnected and lonely I get, the more I look for other forms of relief—for medicine.

The usual form of self medication in our society shows up as addictions. Addictions arise, I believe, to help us tolerate unbearable disconnectedness in our lives.

In the same way that John took a knife to himself (which sounds preposterous until we understand how alone he was with this painful situation), we all find crazy ways to stave off the pain of our aloneness in this life—sticking a needle in an arm, for example.

People recovering from addictions almost always describe the life-changing relief of finding out they are not alone with their problems. We get sick alone and better in groups—even “groups” of two. You don’t have to be an addict for this truth to change your life.

As I have found ways to get connected to people in my life, I find unexpected joys. The photograph below is part of a series I did of one painting by a remarkable artist named Les Lyden. 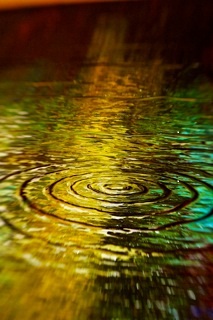 I was looking for something interesting to photograph for my blog.

I decided to see if could find something new to see in my own house. It didn’t take long to see that I could find at least ten pictures within my one Les Lyden painting. As I have posted the photos and started writing about what came up for me in the pictures of a picture, I decided to try to find Les so I could tell him about the work.

One benefit of the web is the potential for rapid connection.  I wrote to him on his website and heard back within a few days. He loved the series, liked having his painting photographed, and said he related to what I was writing. We connected.

His art became integral to my art. Maybe someone will make a silk screen or collage of one of my pictures of Les’ picture. That would be great, not because the pictures are so great, but because of the connection—the not-aloneness.

The connections I choose to live in heal me and create real joy in my life.

Stephen Archer is a surgeon, writer and photographer in Bend, OR.  His blog, www.bendlight.me, is a record of the unlikely journey from his curious mind to his wayward heart.  He welcomes anyone who has seen signposts that could be of help.