Crash Course: 3 Ways to Bounce Back When Things Go Wrong
By Deborah Hawkins 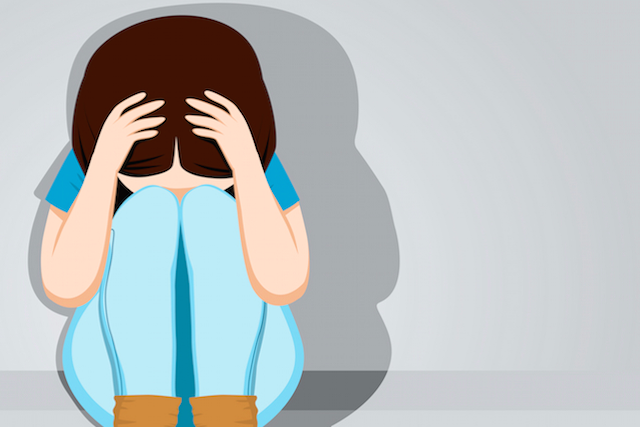 “Change the changeable. Accept the unchangeable. And remove yourself from the unacceptable.” ~Denis Waitley

A few months ago, I had a car accident. Not a fender bender in a strip mall parking lot or a spinout on a winter slickened road. I drove into the wall of an apartment building a few hundred feet from my home. At two o’clock in the afternoon.

It’s still impossible for me to explain what happened. I had just started to ease my car over a set of train tracks and was about to make a sharp left turn into my alley when the car started accelerating quickly.

I never lost consciousness, but I couldn’t seem to stop the inevitable impact from taking place. It seemed like the car took off on its own even though I questioned whether I stepped on the gas instead of the brakes by mistake.

The airbag went off. It smelled terrible. My car managed to take out the whole set of the building’s basement windows and several rows of blond bricks.

A woman who lived in the apartment above where my car forged a new entrance rushed to the street, cell phone in hand. She had already called the police, curious, no doubt, as to what caused such a jarring mid-afternoon crash.

People walked over from the nearby commuter train station. It seemed everyone from the neighborhood wanted a good view of the freshly mangled metal.

I only seemed to have minor scratches on my hand. Muttering, “I can’t believe this” under my breath, I waited until two police cars drove up before getting out of the car.

A tall, thin policeman and a stocky policewoman, seemingly weighed down by mandatory protective gear, started questioning me. The road was dry. I was not using my cell phone, nor was I consciously preoccupied.

They could tell that I was upset but coherent.

We discussed the possibility of my floor mat getting caught on the accelerator pedal. A ticket was issued and a tow truck was called.

The apartment building’s handyman was already taking measurements so he could board up the window. I walked home. I called my insurance company and did all the things you are supposed to do in such a situation.

Then I cried. I couldn’t stop.

How could I be so stupid? I didn’t know what happened, why the car accelerated. My first thought was that I caused this very bad thing to happen.

I couldn’t stop beating up on myself. What I was doing to my psyche was at least as brutal as what my car did to the exterior of the building.

The first phase of my crash course in seeing gifts in unexpected disasters required me to call a wise friend for some perspective.

My friend Chris told me to draw a large circle on a piece of paper and then to draw a dot near the circle. Being instructed to draw a circle was a great relief from dancing in a circle with my own thoughts.

“The dot,” she pointed out, “represents the accident. Maybe it was caused by a mechanical problem. Maybe not. But it is just a moment…”

“The big circle,” she went on, “Is the totality of your life. One moment doesn’t define you. An accident, or even a moment of less than your best judgment, does not mean you’re stupid.”

“A bad moment doesn’t make your life pointless or a waste. Can you think of good things about yourself? What are some of your better qualities?”

Maybe this was sort of a trick question, but I had no trouble coming up with a few good things to say about myself. I realized I had chosen to put a lot of energy into the little dot, the moment of the accident, and not into the big circle of my life.

After a few weeks, I found an unexpected gift in my sense of humor.

Over the past few years, I have developed the habit of taking photos. I might try to snap an image that is unexplainably appealing or ones that capture small moments in my daily life that I am grateful for.

Of course, I have to take pictures of the ugly as well. I took two snaps of the accident. They showed the front of my silver Jetta having crumbled like a discarded envelope against the side of the building I ran into.

I told some friends that I had an accident and that I totaled my car. I showed them the picture.

After seeing the photo, the clear roads, and no obvious hazards, several people couldn’t understand what caused the damage. “How did you total your car? What happened?” they asked.

Without consciously formulating a response, some innate sort of gallows humor just came out.

“I tried to move the building,” I explained in a very serious tone. “But I couldn’t.”

I started thinking about that picture of my car accident as the perfect metaphor for the most recent period of my life. Only months earlier, I had broken off a relationship which I felt wasn’t healthy for me.

I had moved out of the place where I lived with my boyfriend, but I hadn’t moved on. I continued to obsess over what might have gone differently. If only… I continued to ask myself. I dwelled on why some things just couldn’t change.

Oddly, my response to the picture, showing my sturdy car rendered useless after meeting a brick wall, helped me dramatically in the process of letting go. You can’t move a building, right?

I consciously practice gratitude. I have made it a habit to look for things I love in the moment in front of me.

It was hard to get into this state of expansion when I felt so much shame. That was my first and most dominant emotion immediately following the incident.

I don’t like to think of gratitude consciousness as an exercise in making comparisons. I don’t think the essence of appreciation is in considering yourself more fortunate than someone else or in thinking that one result is better than another result.

Yes, I felt fortunate that I wasn’t hurt in the accident and that no one was in the way of my speeding car at the time. But in looking at the whole experience, I saw that a great amount of kindness was extended toward me.

That understanding alone was a great gift.

The policewoman invited me to sit in her car rather than stand on the street when we went over things. She only gave me one ticket, which she practically told me would be thrown out in court. (She could have cited me for not having renewed my city sticker.)

After calling the police, the woman who lived on the second floor asked me if I was all right.

The handyman who came to board up the window saw my distraught expression and kept repeating, “Why do you think they call them accidents?”

Everyone I spoke to on the phone from the insurance company seemed concerned about my wellbeing even though the claim cost them some money. They were very generous in making sure I had a loaner car until a replacement vehicle could be could be bought.

And of course, I had some great friends to talk to who helped me find perspective amid my habitual reaction to punish myself.

It was unplanned, certainly. But a lot of good things came out of my crash course.

I released some obsessive thoughts. I was reminded of what an ally I have in my sense of humor.

I saw how important it is to step back and see an unpleasant circumstance within a bigger context.

Most importantly, I experienced compassion from strangers. Simple kindnesses made me feel that my life mattered.

We all experience setbacks from time to time. We can often choose to perceive unwanted circumstances as “disasters.”

Perspective, humor, and gratitude can help us forgive ourselves, recover our bearings, and get back to living our best lives.

Deborah Hawkins is a writer and small group facilitator. She blogs on mindfulness and appreciation at  http://www.nosmallthing.net/. She is starting to lead Attitude of Gratitude writing groups while working to get her book on the topic published.