Dealing With Criticism: 5 Tools to Develop a Thick Skin
By Melissa Dinwiddie 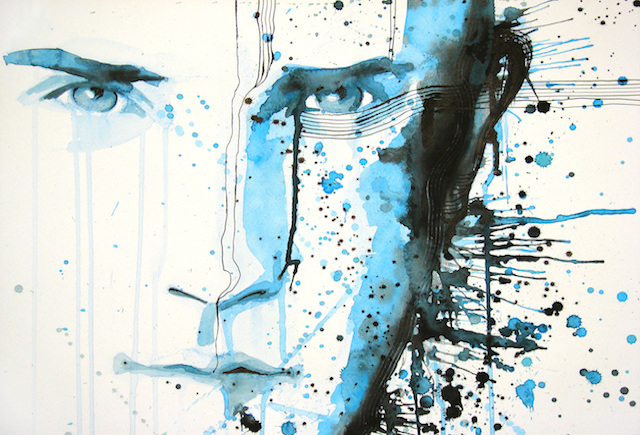 “When you are immune to the opinions and actions of others, you won’t be the victim of needless suffering.” ~Miguel Ruiz

Have you ever opened a spring-loaded email? You know, the kind with a nasty barb inside that hits you like a punch in the gut?

My business partner and I had recently launched our new podcast, and he had forwarded me an email he’d received from a viewer.

“Just watched Episode One,” the writer said. “GREAT idea! But WAY too much talking. Want specifics, not Melissa’s self-indulgent blathering on about the creative process…”

Ouch. My vision blurred at this point, and the rest of the missive was lost on me. A hot flush prickled my skin from head to toe.

I recognized this feeling. It was something I’d been doing my best to avoid since early childhood. For much of my life, fear of criticism had kept me small and timid, hiding under my shell. Over the past several years, though, I’ve been stepping out of the shadows, playing bigger, putting myself and my work out in the world more boldly.

I knew it was only a matter of time before critics started lobbing nastygrams my way, and thankfully, I was prepared.

If you want to live a big, bold, creative life, one of the first orders of business is learning how to deal with criticism.

The more you step out into the spotlight, whether literally or figuratively, the more attention and feedback you’re going to get, and not all of it will be positive.

As kids on the playground, we chanted that “sticks and stones may break my bones but words can never hurt me,” but words can and do hurt. They have the power to destroy us if we let them.

How, then, do we armor up against criticism?

Here are five tools that will help you grow a thicker skin.

When I opened that nastygram from the podcast viewer, it would have been easy to interpret it as defining a core truth about me.

Instead, I reminded myself that her assessment wasn’t objective truth; it was merely her opinion. I might not like her opinion, but ultimately it has nothing to do with me, or with objective reality.

In the same way, if I organize a workshop or offer a painting for sale, and nobody buys, it’s easy to leap to thoughts like “My work sucks. I suck.”

Separating fact from interpretation can help prevent you from sliding down into a rat hole of “I suck.” And it can even help you make tactical decisions going forward: if this audience didn’t buy, maybe I want to change my messaging, or maybe I want to find a new audience!

Have you ever noticed how certain criticisms roll right off, like water off a duck’s back, but others cut you to the core no matter what you do?

In elementary school, when the boys tried to taunt me by fiddling with my last name, Dinwiddie, and calling me “Dumb-widdie,” it was annoying, but it didn’t really hurt. Nor did it stick, because I had a core belief that I was smart. There were no fears or beliefs about myself for the insult to hook into.

On the other hand, for many years whenever someone called me selfish, it flattened me.

Somehow I got a message as a very young child that I was selfish. Then, in my first marriage, whenever I wasn’t able to meet my husband’s needs, he declared that I was selfish. Even when my friends and family reflected back that I was loving and generous, those early beliefs were like a big, shiny, red button with a hair trigger that got pushed really easily.

For years, the tiniest comment that I was acting in my own self-interest threw me into a frenzy of self-doubt and anxiety. As a result, I bent over backward for others in an attempt to prove that I wasn’t selfish.

No wonder an accusation that I was “self-indulgently blathering on” stung me so badly!

The criticism isn’t actually the problem here; it’s the beliefs we hold about ourselves.

When we can notice which criticisms wound us the most deeply, it shines a light on what our beliefs are. Not only can this help us to find neutrality again, with this outlook, criticism can actually become a valuable tool for self-growth.

Years ago, when I was a beginning calligrapher, a master teacher invited me to show him my portfolio.

I was scared to hear his critiques, until he assured me, “I’m simply going to tell you how you can make your work better.” Suddenly, instead of being terrified of his feedback, I was hungry for it.

Alas, not all of our critics will be so gentle and well intentioned. It’s not always easy to practice neutrality, but the more we can shift our mindset to look for the lesson beneath the venom, the more even negative comments can be useful to us, and even empower and fuel us to keep going and make our work better.

Tool #4: Ignore anyone on the sidelines.

That said, sometimes feedback isn’t useful at all. TED speaker and best-selling author Brené Brown has received comments on her videos such as, “If I looked like Brené Brown, I’d embrace imperfection too.”

This kind of insult has nothing to do with the work in question. It’s designed to hurt, not to help, and it has nothing useful to offer.

If there are some cases when a criticism can be useful, and other cases when it does no good at all, how do we sift through feedback to determine what to pay attention to, and what to ignore?

Brown likens nasty, unhelpful comments to the insults screamed down from the stands at the gladiators fighting in the arena below. It’s easy to yell that someone else can’t fight their way out of a paper bag when you’re sitting safely out of harm’s way.

So ask yourself if your critics are offering opinions that are truly useful to you. Are they metaphorical gladiators, fighting alongside you in the arena? Or are they potential recipients of your work?

If your critic is neither of the above, it’s likely they’re trolls hanging around on the sidelines. Ignore them.

Did you know that Dr. Seuss, whose books sold millions over his lifetime, had his first book rejected at least twenty times? Thank goodness he persisted!

It’s easy to think that being on the receiving end of criticism means something is wrong with us, but the truth is, being criticized is a hallmark of doing cutting-edge, important work! Countless people who are now known for amazing things were criticized or rejected at first.

Think of Madonna, Lady Gaga, Hilary Clinton, Gloria Steinem. Whether or not you like their work or what they stand for, you have to admit that these women each touched a nerve in our culture, and have gotten a ton of criticism as a result. Yet they never gave up.

The next time someone lobs a bomb your way, think about someone you admire who kept forging ahead, despite their critics. You might even want to post their picture, or quotes by them, by your workspace to inspire you to keep going.

There you have it—my five favorite tools for handling criticism. Hopefully these will help you grow a thicker skin!