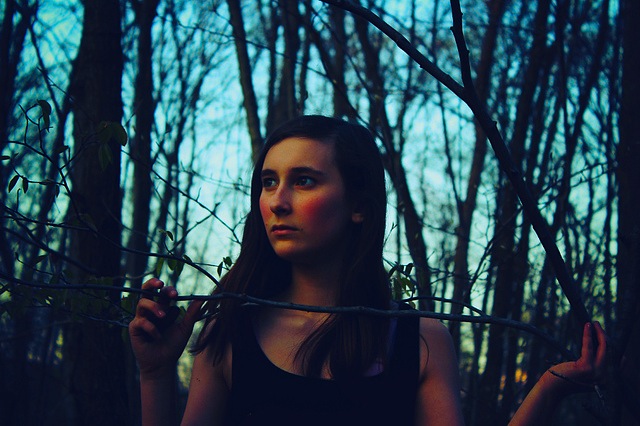 “Pleasure can be supported by an illusion, but happiness rests upon truth.” ~Sebastien-Roch Nicolas De Chamfort

The promises of happiness and fulfillment in those mirages of ultimate perfection are all too often shallow and elusive, constantly evading us and leading us time and time again to nothing more than dead ends and empty hopes.

With a natural craving for transcendence and supremacy, we grab our running gear and join the race for self-realization in our fast-paced, “keeping up with the Jones’” society, and along the way we all, at one time or another, face plant into our own pitfalls and potholes.

It becomes a game of never ending striving for something more, but the nature of exactly what that something is remains a masked figure, unknown to many.

For most of us, the growing disappointment over the sense that something is amiss within us can become our greatest enemy—the enemy of self-destruction. This slow, sly beast can manifest as jealousy, greed, addictions, depression, and so on and so forth.

We all face our own monsters and we all fight with different weapons, but the one thing that is constant from one person to the next is that we are all engaged in war. We are all engaged in this battle of the heart (truth) versus the mind (illusion).

My illusion was based in idealization. I took pleasure in every small step toward being the ideal daughter or the ideal sister. I rejoiced in every pound dropped from my already slender young body as I approached what I thought was the ideal frame for a young woman. I found comfort in recognition through reaching various ideal standards of success and accomplishment.

But whatever joy I managed to harness in these pursuits was quickly swallowed by something deeper, by the discontent produced by some unnamed, unacknowledged stirring of my soul that was being suffocated by the siren’s song of superficiality.

As such, I slowly began to lose myself. I gradually began to kill my spirit with self-medication through a cycle of anorexia and bulimia. I lost myself in the potholes of my own journey toward self-realization, and I no longer knew the truth of who I was.

After five years of living in the dungeon of desolation and desperation, I realized that the only thing keeping me shackled to sorrow and sickness was my own mind.

If I was going to binge, I needed to binge on opportunities to make meaningful memories with friends and family instead of binging on anything and everything I could find in the kitchen.

If I was going to insist on purging, I needed to purge through tears, laughter, and signs of affection instead of purging up the remains of my last meal.

If I was going to be free, I needed to be authentically me.

The journey toward our center takes us through the wilderness of the unknown, and my own journey has been no exception. The most terrifying part of the wilderness we travel through is coming face to face with the unknown in and of itself.

Most addictions are imbued with a familiarity of numbness, which is developed as a “survival skill” in order to avoid the potential pain of feeling. However, feelings themselves became my compass out of the wilderness and back to the homeland.

I had to learn that opening my mind to noticing how I was feeling, whether it was upset, depressed, or lethargic, also opened my mind to realizing the thoughts behind the feelings—the thoughts that said, “You’re not worthy of success,” “You’re unfit for that group,” or “You’ll never amount to much.”

The more I allowed myself to feel, the freer I became, and I was soon able to start countering my reflexive thoughts with positive affirmations, words that honored me and showered me with self-love and self-respect.

As I began to make the transition toward my own inner truth, I stopped seeing myself as the world told me I should be, and instead saw myself in the light of who I was made to be. I began to feel whole.

We are all made to be unique, and that’s what makes us beautiful. If I can leave you with one word to help you unlock your own individual journey, it’s intentionality.

Your intention to connect with yourself must come from within your own heart and it must be grounded in your own desire to find yourself in the fog. Intention rooted in outside influence is nearly always an unstable, temporary bandage that will peel away when faced with a strong tug of opposition.

Since every person is unique, the game plan can remain open for interpretation, but as soon as you set your intention, you unlock the doorway that allows the game plan to begin to play out.

Intention. That is the key. Be open to tweaking the plays and the passes along the way, and be flexible with the free space in between. Above all, always remember to take time to be still and listen to your heart.

To find the truth of your heart is to fall in love with yourself. To find and connect with the song of your soul is to sing a melody of contentment and peace.

Jordan Sibila is a 200-Hour Registered Yoga Teacher and she shares her love of connecting with others by connecting with her students. She also journals daily to help her develop more recognition of self and is working on (one day) publishing a memoir about her story.

How to Create Your Ideal Day in Work and Play