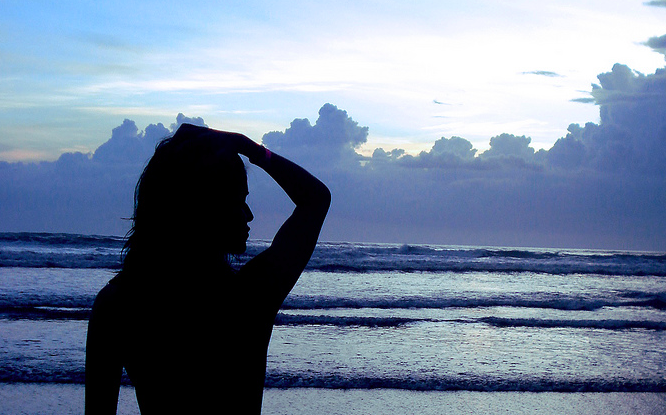 “Speak when you are angry and you will make the best speech you will ever regret.” ~Ambrose Bierce

I once had a much-cherished friend who meant the world to me. The problem was that we were both short-tempered individuals and the word patience was fictional to both of us.

There is a thin line separates right from wrong and when one is blinded by anger; it can be near impossible to see this line.

Invariably, my friend and I kept crossing it and ended up destroying what was one of the most beautiful bonds anybody could ever have.

One day in a fit of anger we said some mean things to each other in front of a lot of people, and that was the end of our relationship. From days of completing each other’s sentences, crying on each other’s shoulders, and growing together as best friends, we are strangers who walk this planet today.

Much has been said about anger, an emotion that most of us experience often. We read about anger, we learn anger management tips, and we know that it is an emotion with the power to destroy, and yet when it comes to our own lives, it’s an altogether different story.

When I replay the way I “reacted” to the whole incident instead of “responding” to it, I think of a hundred different things that I could have done right. I still wonder why I said those things, and in front of so many people.

When we were little kids we used to write with pencils. It was a sign that told us that our mistakes could be corrected. As we grew older we received permanent markers to paint with on the canvas called life. This is because we were expected to take the responsibility of not making irreversible mistakes.

How we manage our anger will decide if there are ugly marks on this canvas.

Anger may be an emotion that we cannot evade, but the truth is that life is much more beautiful when we learn not to succumb to it.

I have always been a short-tempered person. I’ve tried various things to control this, in vain. After having ruined many relationships because of this, I decided it was time to do something about my anger.

I’ve been asking myself “Is it possible to be someone who never gets angry?”

There was once a saint who felt like having a bottle of beer. He asked his disciples to get him one. When the shocked disciples did as they were told, the saint simply folded his hands and stared at the bottle.

Later, he asked his disciples to take it away. When one of them asked him, “What was it that you did?” the saint told him something that we all need to understand. He said, “I cannot control the feelings, the emotions, or the temptations but I can definitely control my actions.”

As long as I keep my hands folded, there is no way I can grab this bottle of beer, and even though I cannot control my temptations I can control my actions.

While anger is something we cannot control, what we do when we are angry is something that we definitely can control.

Imagine you are working on a beautiful painting and suddenly there is a power outage and it’s pitch dark. Would you continue to make strokes on the painting, hoping that it miraculously became a masterpiece?

In the same way, when you are angry the best thing to do would be nothing at all. Anger is like a power outage for the thinking part of your brain.

These days, when I get really upset I choose not to say anything. I retire to my room for a couple of minutes, listen to some music, or distract myself. I let myself feel the emotion, but I don’t let myself react.

Like the saint, I hold my hands and control my tongue, because if I cannot control anger, I will control myself at least.

The Buddha said, “Holding on to anger is like grasping a hot coal with the intent of throwing it at someone else; you are the one who gets burned.”

When I look back at the incident with my friend, I feel like a lot could have been different had I not succumbed to my emotions. In the process I have hurt myself more than I have hurt my friend.

So I ask you, the next time you get angry, don’t try to control the anger; instead try to control yourself. With a little practice, it becomes a part of your life and you become a person who never lets anger ruin a valued relationship.

Nandhitha Hariharan is a student and a passionate writer. She enjoys writing and has a couple of published articles to her credit. Apart from writing, her other interests includes debating and cooking.

How to Use Your Anger to Help Yourself