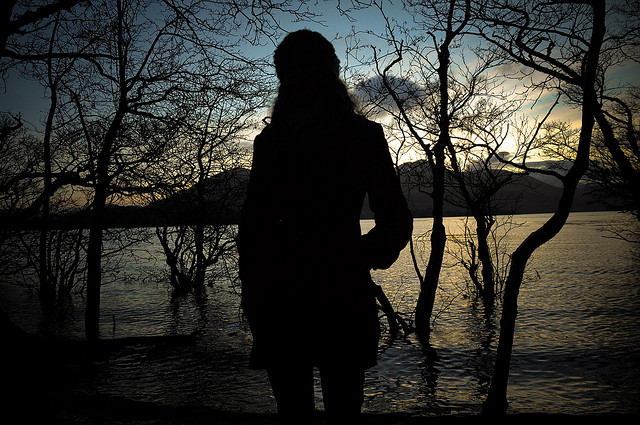 Like so many others, I am a recent college graduate who is still living at my parents’ house and working my minimum wage high school job as I scour the web for opportunities and get one rejection email after another.

However, I don’t know how many others I can speak for when I say that I didn’t see this coming.

I graduated with a nursing degree and heard from more than a few people in the field that there was a shortage and jobs were plentiful. I had no back-up plan because I was so sure my Plan A would work out.

I was essentially blind-sided each and every time I got a rejection email because it meant I still had no direction.

The most terrifying part of all of this, though, isn’t the uncertainty about the future and complete lack of any idea where I’ll be six months or a year from now. Although it is pretty scary at times, there’s also an excitement to not having committed to a career yet and being able to have these kinds of options.

But of course I haven’t acted on them because the primary, overwhelming fear du jour is that of making the “wrong” choice.

One of the most freeing moments of my post-grad life was when I realized that no one can say what is the “right” or “wrong” decision for me.

What’s right for so many people (getting a job, getting engaged, putting down roots in one place) is certainly not right for me, at least not right now. So what’s to say what I want to do is any crazier?

Just because it’s not what someone else would do, that doesn’t mean it’s wrong.

For months, in the midst of tearful breakdowns, I would beg and plead for someone to tell me what to do; but any time someone gave me advice, I turned it down for one reason or another.

I think deep down inside, I know that I should follow my heart—that I’ve been turned down for so many jobs, jobs which I thought I was well-qualified for and sure to get, because I wasn’t supposed to get them.

I’ve had too many experiences with fate to not believe in it, and it has a funny way of directing you to where you’re supposed to be.

It seems to me that it’s better to make a decision and try something than it is to do nothing while waiting for an obvious sign—which, by the way, will never come in the form of a billboard or an instruction manual.

I wouldn’t say that I regret these past five months, but here I am with little to show for it when at least if I had, say, gone to Europe for a couple of months, I would be equally as unemployed and equally as far from a job as I am now, but I would have a life experience to show for it.

Who knows, maybe my travels would lead to a job more quickly than applying for another 50+ jobs online would?

I’m not saying that I have the biggest metaphorical cojones, but I have found that times when I have taken a chance and strayed from the norm (for example, doing a semester abroad in college when my advisor said, “Nursing majors don’t really study abroad.”) have led to some of the best, most rewarding experiences of my life.

It seems to me that the happiest people are those who don’t let practicality dictate their every move.

Think about it: it behooves the economy and the workforce for people to be held down by thoughts of paying mortgages and taxes, and working their forty hours a week; after all, if we all followed our dreams, would there be anywhere near as many people sitting behind desks, filing paperwork day after day?

Anyone has the chance to realize their dreams and truly do what they want. It just requires a lot of courage and decisiveness. What’s “practical” is almost completely in the eye of the beholder.

I doubt I’m going to wish I had entered the workforce sooner. So, starting today, I’m going to make a list of the things I had dreamed of and just pick one.

Because as long as I’m the one choosing, as long as it’s something that I really want to do, and as long as it makes me happy, I know it won’t be the “wrong” choice.

A week after I wrote this, after continuing to weigh options and be indecisive, I decided in one day what my next step would be. Ironically enough, in the same day, I talked to a nurse recruiter at a local hospital and got a response from one of the WWOOF hosts I had contacted. (WWOOF stands for Worldwide Opportunities on Organic Farms.)

The nurse recruiter said she could get me in for an interview on a medical/surgical floor. “Med/surg” (general medical conditions and patients who are recovering from surgery) is not my first choice of floor to work on, but it would provide a new nurse with a wide set of skills that would be applicable if and when I did move to my first-choice floor (ER).

However, it would mean compromising on both the area of the hospital I want to work in as well as my plan to leave my hometown.

I almost let the practicality of it win, thinking that a year wouldn’t be that long and at least it would be a paycheck, but the whole thing just felt so wrong. I can’t imagine there will ever be enough practicality in the world to make me choose something when just the thought of brings me to tears.

Then I got the WWOOF email. Almost immediately I decided that this was what I was going to do even though it’s probably the least practical of the options I had considered. I’ll be spending a month volunteering at a hostel in California in exchange for a place to stay.

My tentative plan is to network and maybe spend some time volunteering at a local hospital to see if that leads to a nursing job in the area, but honestly, if nothing comes of this experience career-wise, I’m okay with it.

The experience will be (more than) enough for me, and in a month’s time, I’ll just decide what to do next.

I fully stand by what I’ve said I would do, and I have no doubt in my mind that it will be worth it. Sure enough, my parents, my friends, and my coworkers all think I’m crazy.

But in my experience, when people think you’re making the “crazy,” unorthodox choice, it usually means you’re taking a chance that will likely pay off.

Stephanie Eller is a recent college graduate from South Carolina. As she continues to look for a job as a Registered Nurse, she is taking some time to travel and is currently WWOOFing in San Luis Obispo, California.

Hate Your Job? Change May Be Hard But It’s Worth It

Trauma Can Make Us Sick: How I Found a Key to Healing