Finding the Strength to Leave: Run Toward, Not Away
By Soozi Baggs 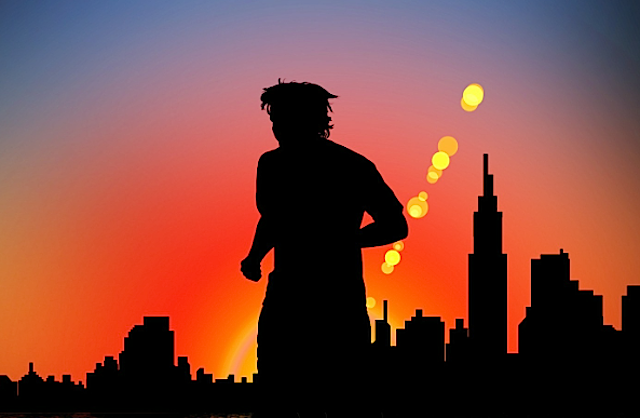 “You don’t need strength to let go of something. What you really need is understanding.” ~Guy Finley

It was 11pm on a Monday night and yet again I was chatting online with my friend about the woes of my failing marriage. “I just need a knight in shining armor to take me away from all of this,” I said.

“Not real life,” she said, “but you’re bright and strong, and you’ll be fine.”

I didn’t feel strong. All I could see was a mountain of practical reasons why I had to stay in this relationship: our two-year-old twins, the expensive rented house with ten months remaining on the lease, marital obligation, family expectation…

The fact that I was no longer in love with him, very unhappy, and at times even scared of him didn’t seem to register as important in the face of money worries and how I would cope as a single parent. My weakness was finding ways of keeping me stuck. I was hiding from the inevitable.

I wanted the knight to bring me money and emotional support so that I didn’t have to be strong. I could bypass my own lack of strength if I could rely on someone else’s.

Every day I felt the acute pain of ignoring my inner voice and carrying on with a marriage, and a life, that was sucking the energy and what little strength I had left out of me.

I looked for reasons to stay. For reasons I could hold up as fact and persuade myself that staying was the best thing to do. Anything but face up to the huge upheaval that leaving would cause.

No matter how bad his behavior got, and how many times I considered I’d hit rock bottom, I convinced myself that happiness wasn’t for everyone. And I stayed.

My inner voice continued to scream at me that this was all wrong. I went round and round in circles. I found problems and obstacles to leaving him everywhere I looked. And I stayed.

I found reasons to leave too, good reasons. But I couldn’t summon up the strength to act on them.

Then I started writing. Every day. Pages and pages about how I felt and what I wanted out of life and in a partner.

Some days I wrote fiction—short stories featuring protagonists remarkably similar to me. Other days I wrote non-fiction, describing my hopes and dreams in detail. Like a diary entry from a life I didn’t really have.

Fiction or fact, the themes were the same. Ideas recurred. My real desires became clearer to me.

I wanted a happy family. A husband who was present more than he was absent. Someone who preferred spending time with our children and me to his friends and work colleagues.

Yet I had no intention of doing anything about it. They were just words—dreams, wishes, unattainable nonsense. That took the pressure off finding the strength to make any of it happen.

But now I understood what I was looking for out of life and in a partner. I longed for a man who loved and respected me, and the realization that wasn’t what I currently had started gnawing away at me.

All the bad things that had happened, and which were still happening, were not enough to make me leave him. But seeing a glimpse of how my life could be if I left him was starting to give me the strength I had been missing up until then.

I couldn’t run away, but I could run toward.

It took time. But my inner voice became less desperate and more encouraging. I found myself using my writing to run through real practical options about where I would live and what work I could realistically do instead of focusing purely on the unlikely and improbable.

At some point I found the strength to talk to him. I told him I wanted to leave. He took it well; he seemed to understand what I was saying. He too was unhappy with the way things were.

But he still tried to talk me out of it. All my steps forward and I had to take some back now. It knocked me for a while, but I kept focusing on what I could have.

I kept writing about it every day.

It actually didn’t matter that some of what I wanted might never happen. Meeting someone else—particularly someone resembling a knight in shining armor—could happen, but probably wouldn’t.

But that didn’t matter. All I needed was the possibility. The vision of what my life could be. A dream to hold onto.

For the first time in years I could see what I wanted and was able to make a rational decision to go in search of it. It didn’t really boil down to strength after all—more an unshakeable conviction that there was something better out there, and an unwillingness to ignore that knowledge.

All that took months. The ten months remaining of our joint lease ran out and with it so did I, taking our children with me.

No knight has since turned up with money or emotional support. One day he might, and he’d find that I didn’t really need him after all. In the end I managed just fine on my own.

I found the strength to leave my marriage by writing every day until I understood what I wanted in a partner. In the end it turned out to be quite simply someone who will love and respect me, and be a caring father to my children. I haven’t found him yet, but I’m happier now that I’ve left the person who definitely wasn’t him.

You might find your strength to leave another situation—your job, a toxic friendship—by writing as well. It’s about finding clarity on what you want instead. Giving you something to go toward rather than run away from.

And I hope when you find your clarity, you’ll find your strength, like I did.

Soozi is a writer, entrepreneur, and single mum to 3-year-old twin boys. At her website www.maternityleavers.com she inspires, motivates, and supports professional women on maternity leave to create a life and career that suits them and their new family.