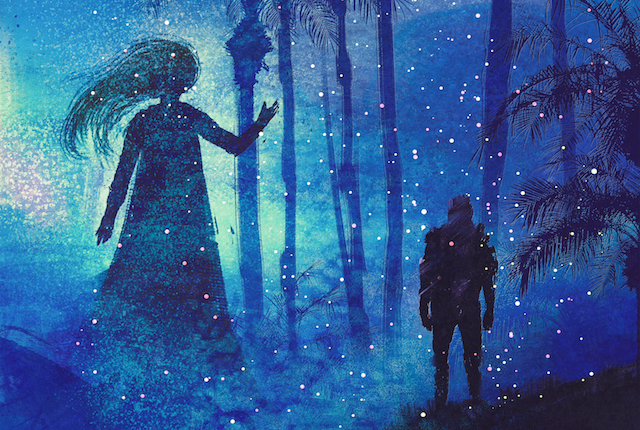 “The weak can never forgive. Forgiveness is an attribute of the strong.” ~Gandhi

For many years forgiveness was not in my mind, let alone my vocabulary. I was taught to believe that forgiveness was a sign of weakness, and I certainly did not forgive anyone who hurt me.

In the past, I have engaged in acts of revenge, which I thought was the right thing to do at those times. I was wrong.

One event that springs to my mind was when I was the target of a cruel prank. A group of guys had taunted a young man I knew, telling him that he was “whipped” by his girlfriend, who lived with him. To prove this wasn’t true and that he could “get anyone he wanted,” he pretended to like me and proceeded to call, text, and show an interest in me.

I didn’t know that he had a girlfriend, and I liked him, so I went along with this, unaware of the game. I soon found out what was going on. So, what did I do? I released all hell and vengeance.

I was hurt and embarrassed on so many levels to be the butt of a cruel joke. I felt like everyone was laughing at me behind my back. In retaliation, I contacted his girlfriend, went to their house, and showed her all the messages. We even got him to message me back while I was with her. We then waited for him to come home as we both sat there.

She had thrown all his stuff outside and torn his clothes. She cut his guitar strings in front of him and kicked him out. Did I feel satisfied? I thought I did, but a few days later I felt so guilty. This guy was now homeless, the girl heartbroken, and I looked like a home wrecker. I know I did the right thing in being honest; I just went about it the wrong way.

I have since learned the power of forgiving—both others and myself.

The most important situation where I have forgiven myself was something that happened when I was only thirteen years old. This situation haunted me for many years.

I told my dad I wanted him to die. I know that this happens between children and their parents; however, the difference here is that my dad killed himself that night.

A lot led me to telling my dad to die, that I hated him, and that he would never see my brother or me again. Nonetheless, I said something I regret and I know that he listened to that message.

How can you move forward from such an act? An act that was done in defending my mum and wanting to protect my loved ones.

I have had to learn to forgive myself.

My dad had already made up his mind up before I said what I said. He was mentally unwell and no longer wanted to live. Maybe my words tipped him over the edge. But for me to live and not die with my dad, I had to forgive myself.

Forgiveness is one the best things you can learn to do for yourself. It can free you, eradicate anger over time, and leave you open to receiving wonderful things in your life.

In my life, I have been hurt, I have hurt others, and I have lost people along the way. I have done stupid things and had awful things done to me. However, I eventually realized that focusing on the past and holding onto anger was not serving me. The answer is and was forgiveness.

Forgiveness is an art form that takes practice. It’s not something you ever fully master, as life moves on and each passing moment brings new experiences and new ways we can be upset or hurt. Each situation is a chance to grow and become more awake to a better life.

I used to be so angry at the world, my family, and mostly, myself. I regret some of the things I’ve done in the past, but I know the best apology you can ever give is changed behavior, and that is exactly what I have done. I have changed how I treat others and how I respond when they hurt me.

With commitment to change and increased meditation, I am working on forgiveness constantly. Each time a memory comes up or I see something that upsets me from my past, I send it love. The way to a better life is through love. Through love, we can forgive.

I release my anger toward others, as it doesn’t assist me. Each time I feel a pang of jealousy, anger, or annoyance, I forgive myself and let it go. Forgiveness is an act of self-love.

When working on forgiveness and opening your heart, painful feelings and memories may come up. But the rewards of choosing to stay open and forgive far outweigh the negatives.

When we work on becoming open and eradicating all that blocks us, this opens us to love and possibility. When we hold in anger, we carry that situation or person with us and keep hurting ourselves. Why would you want to keep hurting yourself?

When we choose not to forgive and hold in feelings of anger, jealously, and resentment, we remain in a negative state of being and living, and in turn attract more of the same situations into our lives.

But there is another way.

I’m learning to forgive the man who cuts me off when driving or beeps his horn at me. I don’t let the fact that someone lies to me or tries to cut me in a queue upset my inner balance.

It’s hard to do and I struggle sometimes, but I keep practicing, because keeping it in and holding onto it simply doesn’t serve me.

When I slip up, I forgive myself and realize where I can do better next time. I don’t want negative emotions and memories inside me, so each time they come up I work on releasing and surrendering.

If we want to experience happiness, relief, and true well-being, we must practice forgiving.

When you feel anger or someone upsets you, be assertive but approach the situation from a higher place of love.

When I am reminded of a past hurt or see something that upsets me, I will face it, imagine it surrounded in white light, and breathe in and out, with the out breath releasing the negative feeling.

That does’t mean I forgive instantly; for some things, it comes in time. I give myself that time and work on it because I know forgiveness is an antidote for poisons that can corrupt the body, cause illness and disease, damage the soul, and pain the mind.

Holding onto anger holds you back and weighs you down. Learn to forgive and feel as light as air. You’ll then be open to receiving all the goodness that’s available to you in life.

Tanya Viala is the owner of www.tanyaviala.com and Mermaid Tales. Born and raised in Stoke on Trent, UK, she now resides in Kelowna, Canada.  She is a light worker here to help spread love and positivity, and also an aspiring author, blogger, and tattooist. She is constantly changing and with each change she shares her insights in the hope that she can elevate others on their journey.