Forgive So That You Can Let Go
By Jamie Hoang 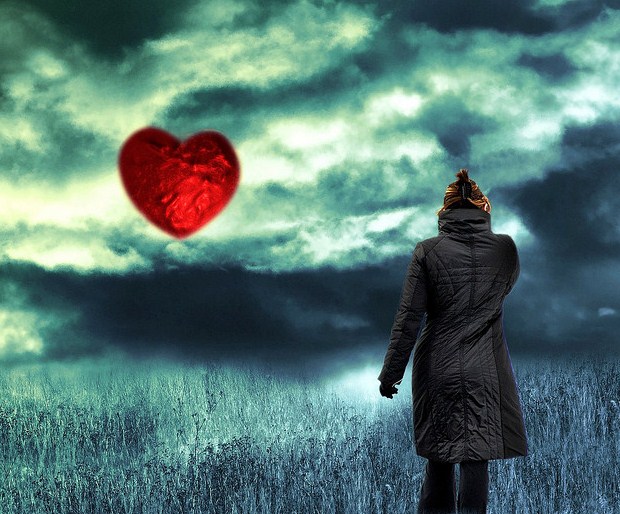 “Forgiveness does not change the past, but it does enlarge the future.” ~Paul Boese

I have been heart-broken far longer than I think anyone should ever be.  When my relationship ended, like a rock star, I blazed through the “mourning period” and bypassed the “become a new person” phase, then promptly got completely lost.

I kept busy; went out with friends, watched movies, learned to cook, and invested in retail therapy. But I never actually let go. I felt it was impossible to move on. It’s been three years.

At my worst, I’d remember moments with vivid intensity. Real moments like the way my arm felt draped across his chest at night and imaginary ones of an alternate reality where we were still together. Truly believing that my happiness was intertwined in that relationship, I was certain that he would come back.

To pass the time I dated casually, but no one measured up; and I chased away the ones who did by placing them in the shadow of someone who could do no wrong.

I looked for fulfillment in other areas of my life. My love of the outdoors led me to a 42km (25 mile) hike along the Inca Trail, where I touched a piece of history at Machu Picchu.

And the traveling didn’t stop there. I ran around the world to: China, Cambodia, Thailand, Vietnam, England, France, Bonaire, and Jamaica; trading my savings account for experiences that I hoped would fill a void (the size of which I had severely underestimated).

My friends were jealous, because on Facebook I looked like I had conquered the world, or at the very least seen most of it. (I’ve actually only seen 5%, but who’s counting?)

I had created a facade of the perfect life.

I ate delicious food, met wonderfully interesting people, and roamed around soaking in the beauty of the world.

But I was alone. Sure, there was a part of me that embraced the Eat, Pray, Love adventure, and I knew that had I not been heart-broken I would still be at my boring 9-5 job (of course I’d also be generating income). But it was hard to experience the new and have no one to marvel at it with.

I happened to be in China during the Lotus festival, and one night while sitting on my hotel rooftop, the sky lit up with thousands of floating lanterns—a perfect unexpected moment.

The couple next to me hugged each other a little tighter, and for moment I felt a pang of jealousy knowing that one day she would say “Remember when we were sitting by the pool in China and the sky lit up with lanterns?” And he would.

I spent a lot of time flip-flopping between vengeful thoughts of, “If he hadn’t left me he would’ve witnessed the magic I just did,” to wishing that he and I were the very couple sitting beside me.

There is a scene in Eat, Pray, Love the movie, where James Franco’s character is on the phone with Julia Roberts and she asks him what took so long. He says, “If I didn’t call, then we were still having a conversation and I was still in it.”

For three years time stood still. I had failed to see that the pure and simple love, which we once had, had dissipated long ago; my mind was tricky that way, only remembering the love.

All I have ever wanted was to be happy, and yet for three years I stood in my own way by not letting go.

I had to forgive him for hurting me, but I also had to give myself a break and realize I am only human. I make mistakes, but I still deserve love. Only in coming to those conclusions was I able to let my guard down, let go of the past, and truly enjoy the company of someone new.

I have yet to fall in love again, but for first time in years it’s not out of my realm of possibility. Happiness is always standing by, ready to embrace us. We just have to be open and willing to receive it.

Finding Joy in the Ruins of a Crushed Dream

3 Lessons from Traveling That Lead to Everyday Happiness