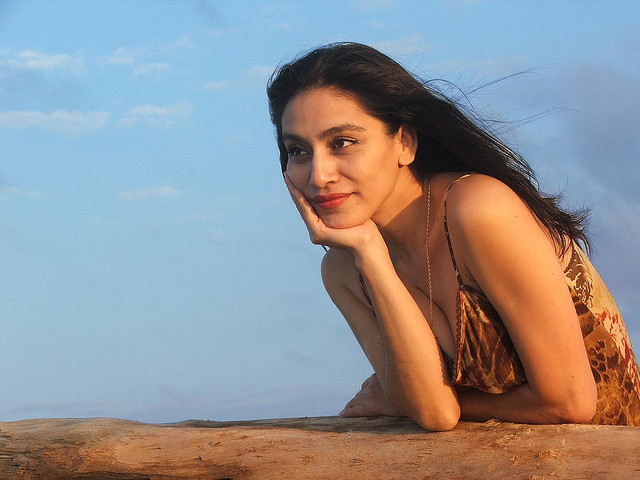 “The secret of joy is the mastery of pain” ~Anais Nin

I come from a family of runners. They run from pain, emotions, and uncomfortable feelings.

My mom was 17 when she moved to Texas to get away from her overbearing mother. She couldn’t deal with the pain of never being enough for her parents or herself. She left her parents, extended family, and friends behind in Mississippi without a second glance.

A recovering anorexic, she was looking for something, anything that would ease the pain and prove she was okay.

My father arrived in Texas in his 40s, after leaving his home country of Chile to sail the world. He was looking for something better, something bigger, something to make him feel complete.

When my parents met, my mom was 17 and my dad was 42. It was far from a match made in heaven, but somehow they ended up with their first child within a year—my brother. A year later I was born to an already overstressed mother with no family support system.

From as far back as I can remember, I knew something wasn’t right. I have always been a sensitive person, and I could feel the stress and anger my mom held within even as a toddler.

I didn’t understand these emotions, even though I knew they were there. I assumed, as most children do, that these emotions were directed at me. I decided I had to make things right, because I had obviously done something wrong.

My mom was prone to spontaneous outbursts of anger, so I made it my mission to make her happy. I did everything and anything I could for her and my dad. I knew when I showed emotions it would upset my parents, so I learned to hold my own feelings in.

I taught myself that I was unworthy and flawed, and that I should be happy that my parents took care of me.

Eventually, the pressure I put on myself became too much. Every time my parents fought, I blamed myself for not pleasing them, for not doing enough to make them happy.

When my dad left for a year, I thought I had done something wrong. Every time my mom yelled at me, it felt like a knife piercing my heart and it only proved I had messed up again.

Anxiety and low self-esteem began to kick in full force around seven years old. I remember hearing my mom complain about how fast I was growing, and I felt ashamed for not being able to stop it.

When we went to the store for clothes or shoes, the anxiety would kick in. I knew I didn’t deserve new clothes, because I grew too fast. So I would hurry up and choose the cheapest item, hoping it wouldn’t cost too much money.

When my mom put my brother and me on a diet at age eight, I felt the deepest shame imaginable. I wasn’t overweight by any means, but my brother was, and I think she was afraid I would get there too.

I remember opening my lunchbox to find boiled eggs, and worrying that the smell would make others stare.

As I grew older and my mom became angrier, I tried harder. I was a straight-A student, played sports, cleaned and cooked, and did anything I could for my family. I never asked for anything because I honestly didn’t think I deserved it.

Eventually, the pain and feelings of inferiority became too much. They were overwhelming me to the point I couldn’t breathe. I began avoiding situations that brought out these emotions.

I stopped eating in the school cafeteria and instead spent lunch in the bathroom or in a teacher’s room. I avoided most social situations because they brought out those old feelings of low self-esteem. Even going to the store proved to be anxiety producing. I felt I didn’t deserve anything, so I only went when necessary.

My avoidance of emotions spilled over into other parts of my life. Although I was smart and motivated, I would purposely sabotage myself because the fear of failure was too great.

I ruined every relationship I touched, romantic and platonic, because I was afraid they’d leave.

I maneuvered my way through life by finding safe situations and avoiding anything that brought back my painful emotions.

And then, the pain came. First, my knee became tight and misaligned. Next, I broke my foot. I was diagnosed with pre-cancerous cells on my cervix. Then, the worst part, I began having symptoms of interstitial cystitis, which is an “incurable” bladder disease. The symptoms continued with back pain, shoulder pain, and stomach pain; you name it, I had it.

I was falling apart. Up until this point I was the healthiest person I knew. I didn’t understand what was happening to me, and I would hide the symptoms from everyone around me.

I tried many therapies; some worked temporarily, and others were a joke. I spent thousands of dollars on supplements and books, but none were successful.

One night, as I stayed awake in pain and discomfort I ran across a website. It mentioned how almost all addictions and illnesses were related to repressed emotions. At first, I was skeptical, but I eventually I decided maybe my emotions needed some attention.

I went on a healing journey. I decided to face my feelings instead of running from them—and it was hard. Thirty years of repressed emotions is a lot. But if there is one thing I am, it is persistent.

My first healing came by going to the store.

I knew the store caused me anxiety, which I usually pushed down while I ran through it quickly. This time, I walked into the store and let the anxiety do its thing.

It came on strong, but I did not run. It pushed and pulled at every fiber of my being. After a few minutes, the tears started. Under all the anxiety was a sad little girl who wanted someone to say they loved her, to tell her she was worthy.

I let the tears come as I walked to my car. I continued this process several times. Sometimes the tears would come, and other times I was just calm.

I started paying more attention to everything I did. Anytime I had symptoms or felt like I was avoiding a situation, I would make myself feel, without running or numbing myself with food or exercise.

I didn’t question why I had the emotions and I didn’t rehash past memories. I simply let myself feel.

There were a lot of tears behind those layers of resistance. Over time, the tears slowed, and the symptoms left. It took several months of consciously attending to my own emotions.

I realized all the drama I had created in my life was my way of avoiding pain. The funny thing is, the more I avoided the pain, the more pain it caused.

I have finally learned that pain has its place. It teaches us and it helps us evolve. There is no reason to avoid it. A rainbow can only come out after the rain—and joy can only come after we work through the pain.

Melinda Gonzalez is a radiographer living in Houston, Texas.  After being diagnosed with an “incurable” illness she decided her life needed some attention. She went on an emotional healing journey that continues to teach and inspire her every day. She currently writes a blog about her life and budgeting at www.budgetingcake.com, and is planning to start a blog about her journey back to wholeness and health.

Trauma Can Make Us Sick: How I Found a Key to Healing