4 Positive Lessons from the Betrayal of Infedelity
By Kayla Albert 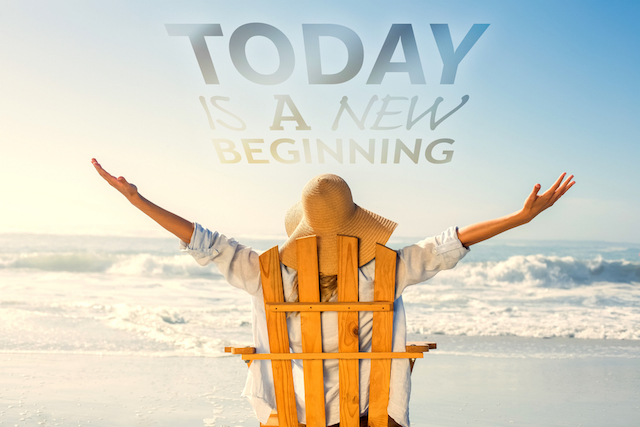 “Getting over a painful experience is much like crossing monkey bars. You have to let go at some point in order to move forward.” ~C.S. Lewis

My eyes leapt open sometime after 2am and, after feeling the empty space next to me, I knew.

The cell phone I laid on the pillow beside my head was silent, my previous text messages left unanswered. Panic swelled in my throat as I frantically dialed his number, calls separated by no more than thirty seconds.

Checking phone logs and driving past houses at night had never been something I pictured myself doing. So, when I reached for my keys, believing I needed to confirm he was where he told me he would be, I knew the relationship was coming to a heartbreaking close.

Some three years after this particular relationship ended, I look back on that girl—someone I am disconnected from now—and feel a deep and profound sense of sadness. The desperation and overwhelming devastation I experienced at this time was so intense, it’s hard to think of myself capable of such a heavy fall into darkness.

Thankfully, I never asked for the full and honest truth about the cheating. The relationship was over for so many more reasons than these incidences, and I loved and honored myself too much to get lost in the minutia—especially when I was grappling with the loss of an eight-year love.

Now, when I run across kernels of truth from that time, I recognize the profound lessons that come from experiencing this type of betrayal in a relationship. In a very strange way, it was one of the best things that could have ever happened to me.

It prompted the end of a toxic relationship I would have never left on my own.

Sometimes we’re convinced that if we just hold on a little tighter, relationships that we should be releasing will suddenly become right and whole again. But if two people are supposed to part ways, no amount of pushing will change their course.

Because I was so attached to what I had always known and terrified at the thought of starting over, I would not have willingly left this relationship on my own. Suffering seemed far better than facing the unknown. Luckily, this turn of events meant the decision was made for me.

The life I managed to create afterward was far more beautiful than the muck I convinced myself I was okay residing in.

It taught me the art of directing anger and upset at the person that really deserves it.

A million different people could have taken on the role of the “other woman.” As far as I’m concerned, who she was is really inconsequential. I did not share a life nor have an agreement of faithfulness with her—only him.

Their relationship stemmed from a whole host of incompatibilities and glaring issues that were festering under the surface of what we created together. It was a symptom of a larger issue, and if he hadn’t of been with her, he would have been with someone else.

She could not be the sole cause of our relationship ending when the heart of the relationship belonged to him and I.

For some reason, unbeknownst to me, their paths were meant to cross at that time, in that way. Directing anger at her as a facilitator in the demise of a relationship that needed to end is, and will always be, fruitless.

It taught me to disconnect my self-worth from the actions of others.

I am and always have been enough, and the actions of someone I love are not a physical representation of my failings.

This realization was not something I came to immediately after the end of my relationship but in the period that followed—after spending time healing alone and, eventually, after rejoining the dating world.

All of us are on our own, very separate journey. Even if we come together with a partner for a window of time, we all have experiences and life lessons we must endure alone. While I needed to learn independence and forgiveness, there were things he needed to learn—things I won’t pretend to know.

In the past I have caused loved ones pain and I know that, each time, it was never a result of their shortcomings. My actions were directly connected to how I was feeling or thinking at the time. In turn, I know this incident wasn’t a culmination of my failings or a representation of something I was lacking.

If anything, it was a series of events that were meant to transpire for reasons I am still uncovering today.

It convinced me the greatest beauty is born from letting go.

I have always been incredibly apprehensive at the mere mention of letting something go. The fear stems from the idea that after letting go, I may never be able to find anything quite like that again.

Often times, this is true.

I never did find another relationship like that again—I found something far more loving, supportive, honest, and true. Something I would have never been able to imagine for myself because my frame of reference was so tied to this relationship I had known for so long.

If I hadn’t been forced to create space and endure the periods of loneliness that followed, I wouldn’t have been prepared to accept this new relationship into my life.

We usually can’t see a clear picture of what will transpire if we agree to release something from our lives, but that’s often because we must endure a period of growth in between—something that makes us ready and willing to bring it into our experience.

Through this heartbreaking experience I learned that letting go is the spark that allows so many great things to transpire.

Kayla Albert is a freelance writer and content strategist who left her corporate job to build a life without creative restraint. You can find her at www.kaylaalbert.com or follow her on Twitter: @KaylaAlbert33.