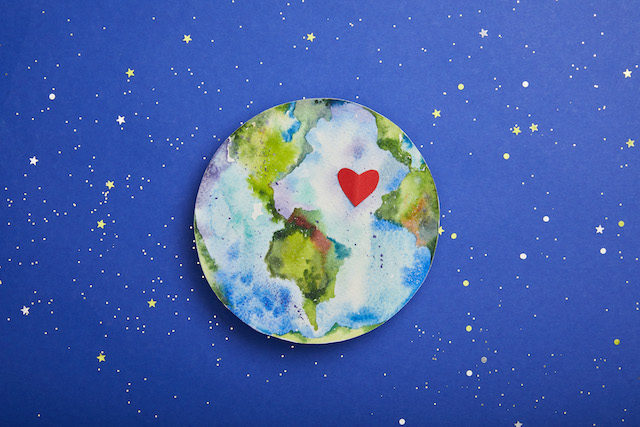 For years I dreamed of leaving the winters of Northern Ontario, Canada and basking in the warm golden sun somewhere in Central America from October to May. I would joke with my co-workers every winter “This is my last winter here, I swear!”

I did that for years until finally, one year, it was my last winter there. But it wasn’t because it was the most brutal winter we had experienced so far. Oh no. It was much more than that.

I had just walked out of my eight-year abusive relationship. I was beaten down, ripped apart, and left as a shell of a woman. I had nothing to my name materialistically or emotionally. Very few belongings and no self-respect, self-worth, self-love, or self-confidence.

I left empty and numb. But at that time, it didn’t matter to me what I had or didn’t have. All I knew was that in order to preserve what little sanity I had left, I had to leave.

Rebuilding my life took a lot of time. I had just declared bankruptcy and didn’t have two cents to rub together. With the amazing help of family and friends, I was able to get a job, find an apartment, furnish it, albeit very simply, and start my life over again.

I was fifty-one years old. And scared out of my tree. I have never lived alone, ever, and wasn’t sure I could support myself or how I was going to live.

My Journey out of Despair

After I left my relationship I delved into the world of personal development. I needed to get my hands on things that were going to help me improve my life. I read eBooks and self-help blogs and watched YouTube videos by some of the greatest people on earth (Les Brown, Tony Robbins, Lisa Nichols, etc.)

I had hundreds of Post-it notes with motivational quotes and sayings taped all over my tiny apartment. I read them aloud every chance I could. I had a lot of healing to do and was willing to do whatever I had to do in order to heal.

I was broken, empty, and numb and I knew I had a purpose here on earth—and it wasn’t to be miserable for the rest of my life. I was not interested in subscribing to that life anymore.

And then something wonderful happened….

I Found Home in a Homeless Shelter

One day I was having a conversation with someone I had just met, and they told me they volunteered at the homeless shelter and how amazing it was.

I was all ears then. I wanted to know who, what, where, when, and why. All of it.

The next day I found myself there applying to become a volunteer. And suddenly I had something to look forward to that took me out of my misery, helped me to forget my troubles, and opened my eyes to a whole new world.

The volunteering gig, I soon discovered, was a huge part of my healing journey. I had no idea how my whole world was about to change simply by feeding homeless people dinner twice a month.

I fell in love with these people. Each and every one of these broken, lost souls filled my heart with immense joy. It was here that all my troubles disappeared and my heart opened up.

The more I helped, the happier I became, and I suddenly realized what my purpose was in life. It was right here with the poor, the broken, the helpless, and the hungry.

Every day I became stronger and happier. I started falling in love with Iva. I found a new Iva. One who had something to look forward to. A woman who, once broken and beaten, was coming alive and had a zest for life.

One year after I started volunteering at the homeless shelter, I became team captain and was there almost daily.

But part of me still wanted more. I wanted to help more on a personal level and somewhere poverty, homelessness, and malnutrition was prevalent. I drifted back to my dream of going to Central America and suddenly had a major a-ha moment.

If I could just find a way to support myself down there, I could go. Once again, I delved into the personal development world but this time with a different goal in mind. I was going to learn how to become a freelance writer so I could make this dream possible.

But it was two dreams now: escape Canadian winters and help the hungry.

Suddenly the Dream Became a Reality

After much research, and submitting numerous amounts of guest blogs for free, I finally found a job as a freelance writer. It took me eight months of cutting hair for nine hours a day and writing for free for three to four hours a day, but I finally did it.

In July of 2015 I resigned from my hairstyling job and had become a full-time freelance writer. The next step was to downsize, find a country in Central America, and move.

It was all happening so fast. It seemed like just yesterday I was leaving my abusive relationship, and here I was looking at third world countries to move to.

I was scared, excited, terrified, and finally happy. I had a new lease on life, and this lease didn’t just include me anymore. It was bigger than that.

But I Realized Something Very Big and Important

In October of 2015 I landed in Guatemala with two suitcases on a one-way ticket. I was terrified but knew I had to be here.

I found organizations that needed help and found families on my own that I helped independently. I helped people on the streets, bought lunch for the young shoeshine boys, and sent kids to school.

I loved life in the third world. It was simple, people were beautiful, and I was finally happy and at peace with my past and the traumatic life I had lived.

That’s when I realized one very important thing: When we help others, we help ourselves. Through helping others we create deep connections, which helps prevent depression; we find a renewed sense of purpose; and, research shows, we reduce our stress level and boost our happiness.

I realized that volunteering was the best thing I could have ever done for myself during my healing journey.

When we take ourselves out of our own heads and lives and put ourselves in a place that not only rocks our comfort zone but gives us a chance to serve others, that’s when true healing occurs.

That doesn’t have to mean moving to a third-world country or making any major changes. It can be as simple as volunteering for an hour once a week, or even once a month—or even just helping friends and neighbors in need.

We heal by helping others. By bringing joy to others. And by sharing our stories of change, courage, and bravery.

It’s four years later and I’m still in Guatemala, still helping and still growing personally. I don’t think I could ever move back to Canada. Living here has brought ridiculous joy to my life and so much love to my heart.

It’s changed me in ways I never dreamed possible. And I couldn’t be happier.

Iva is a retired hairstylist turned freelance writer from Northern Ontario Canada living a life of freedom, peace, and joy in sunny Guatemala. Her two main goals in life are to inspire people around the world with her blogs and to feed hungry little bellies in the poor town she now calls home. She has a mini-series of self-help eBooks you can check out here or you can head over to her website for more inspiration and sign up to her weekly motivational and inspirational newsletters.