How Redundancy Can Be a Blessing in Disguise
By Herbie Yon 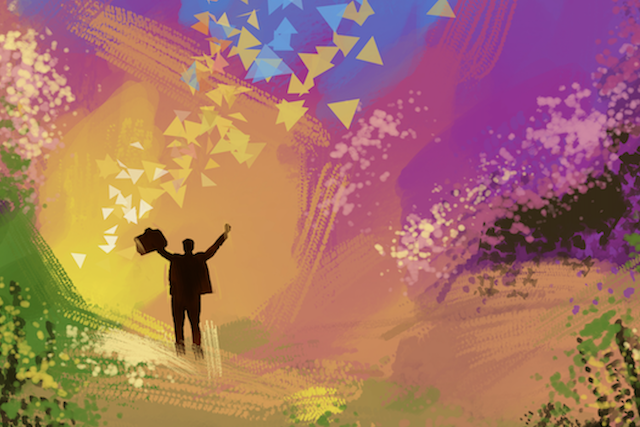 To most people, redundancy is a dreaded word.

It conjures up thoughts of hardship, of scarcity, and of struggling to make ends meet.

I have twice been made redundant, and at both times, it was difficult to accept.

Throughout the redundancy process, and for some time afterward, my emotions were all over the place, making it difficult for me to think straight.

But I’ve discovered that when we’re able to look back, we can sometimes see that redundancy might not have been the worst thing that could have happened to us.

Redundancy: Was it A Blessing in Disguise?

The first time I was made redundant occurred when my employer failed to hang on to our most profitable contract. Losing it resulted in my team and me transferring to the contractor that had outbid us.

Regrettably, my new employer didn’t need another senior manager. So after just a week, they terminated my employment.

I felt angry and upset.

But the truth is, at that point, I needed a break from work.

My wife of thirty-five years was terminally ill.

Redundancy meant that for her last few weeks, I could take care of her, 24/7.

After her passing, I continued to fight the employer until we settled.

However, I soon realized that grief would have made it impossible for me to perform to my usual high standards.

My wife often said that everything happens for a reason.

And I came to see that, in some circumstances, even redundancy can be a blessing. A blessing in disguise but a blessing, nonetheless.

My second redundancy was due to organizational restructuring.

I was leading a multidisciplinary team in a national organization, but restructuring meant there were now fewer teams than managers, so my job was at risk.

I had several new projects underway, and it seemed to me that a change of leadership at that point was untimely and potentially damaging.

But that didn’t seem to count for much.

Despite my indisputable performance, I was made redundant.

Compared with voluntarily walking out on a job without another one to go to (as I have done several times), being made redundant feels very personal, which it seldom is. And, in my case, feelings of helplessness, and loss of control, made me want to fight back.

I’ve seen staff display similar emotions when, as their manager, I’ve led them through redundancy consultations. I always tried to soften the blow by pointing out that it’s the post, not the post-holder, that is being made redundant.

But when we’re on the receiving end of bad news, we’re unable to comprehend the difference; our minds churn with negative and frightening thoughts.

By now you’re probably thinking, this guy has anger management issues. I assure you, I don’t. I am usually an easy-going person, but for some reason, the thought of redundancy brought out the worst in me.

I guess it’s the fight-or-flight response.

But this time I didn’t fight.

Even though I dreaded being jobless, I wanted to get on with my life.

I was beyond state retirement age, but I felt too young to retire.

In time, I came to recognize this redundancy as a blessing too: the organization’s values were drifting further apart from mine. If I hadn’t left at that point, it wouldn’t have been long before I left by choice. At least, with redundancy, they paid me to go.

Bereft of my job, I immediately started applying for new positions.

I applied for two jobs and received an interview for both.

Here was proof that employers were looking for someone like me, with high-level qualifications, skills, and experience. All I had to do was play the numbers game, keep submitting job applications, and sooner or later the right job would be mine.

The interviews went well—or so I thought.

I didn’t get either job.

But instead of being disappointed, I felt such a deep sense of relief that I just knew I needed to think seriously about why I felt that way.

That was a turning point.

Gone was the panic of not having a job; I was thinking clearly.

I decided that if I worked at all, it would be for myself, on my terms.

So, I stopped searching through job ads and binned my CV.

Now I could spend time with my pre-schooler grandchildren: another blessing.

Redundancy: Impact on Self-esteem and Self-belief

If your job is at risk, you might think me naive to suggest that redundancy can be a blessing.

That’s a fair point: I am not commenting on redundancy in general, only on personal experience, and even then, with the benefit of hindsight.

Your experience is unlikely to mirror mine, and your circumstances will be substantially different. Nevertheless, I’ve tried to be open and honest about my feelings to show you that:

When we’re in a state of shock, our self-esteem suffers, and self-belief goes through the floor. Which probably explains why I immediately started looking for another job. Maybe subconsciously I was trying to prove to myself, and the world, that I still have what it takes to be successful.

However, once my mind quietened, I could think more rationally.

I decided to deliberately explore opportunities for which I had little or no knowledge or experience, options that would push me well beyond my comfort zone.  And for that, I needed to learn new skills, which I have done, and continue to do.

Redundancy: A Chance to Chase Our Dreams

I acknowledge that not everyone is in a position where they can choose not to seek paid employment, and I’m certainly not advocating it.

But, regardless of our differing circumstances, redundancy provides time for reflection, time that we might not otherwise have, and which we could put to good use.

Some of us are so busy that we never stop to wonder if what we’re doing is what we truly want.

Others might knowingly be sacrificing their dreams rather than risk not having a steady income.

In either case, it’s good to stop occasionally to think about what types of work would give us the most satisfaction and fulfillment.

I don’t have many regrets, but I wish I’d pursued some of the things I’m doing now, much earlier. Because I’m discovering that careers like writing and coaching would have been possible even when holding down a demanding job.

There’s so much about redundancy that I still don’t like.

But I did like being given the time in which to think.

And I saw that I had a choice.

I could see redundancy either as a disaster or a blessing: I chose the latter.

Herbie Yon is a certified coach, writer, spiritual leader, and former senior manager. He is on a mission to help people live to their highest potential, both personal and professional. Love personal development? Why not get paid to grow yourself while helping others and start a new career as a high-end coach. Click here for more.

Taking Big Chances and Knowing If It’s Worth the Risk

Walk Toward Your Dreams: If Not Now, When?