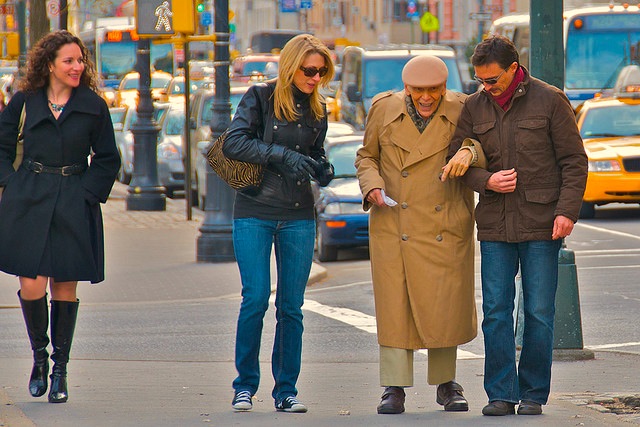 “If you propose to speak, always ask yourself, is it true, is it necessary, is it kind.” ~Buddha

I once attended a lecture given by a world-renowned expert on post-traumatic stress disorder. The lecture made two points that I have never forgotten. I call them “brain tricks.”

1. Given a choice, our primitive brain will naturally select for the negative. It’s a survival thing.

2. When in crisis, the part of our brain that conceptualizes time and space goes off line. In other words, our brain increases the urgency of the problem by making us think the crisis will never end.

Fortunately, these tricks, while at times necessary to protect us, are the activity of our primitive mind and we do not have to be at the mercy of them.

Through awareness and a desire not be reactive, we can shift to our more evolved brain and get an accurate perspective, enabling us to respond in a more equitable manner.

I’m concerned that we may be unknowingly generating those “brain tricks.” There seems to be a strong movement toward trolling for what’s “wrong” on just about every level. It appears that popular culture’s collective brain is a giant reflection of a society in crisis.

We live in a reactive world that would choose to focus on what is wrong rather than what is right, even when there is so much that is right.

The term “snarky” has become an attribute to be admired. Being witty at someone else’s expense can leave us with a feeling of authority and control. Egos get a boost and identities get clarified when what we disagree with gets isolated.

However, problems arise when this penchant for sarcasm, cynicism, and criticism takes a leap into our relationships.

I believe this sanctioned attack on others is one of the primary reasons generalized anxiety is on the rise and long-term relationships are on the decline.

There is a better way to strengthen egos and that is by embodying the art of common courtesy. Wouldn’t it be sweet if being kind and thoughtful was the “new” witty—the new identity booster and clarifier?

Common courtesy begins with positive regard for all humanity. Though we may have differences, we have more similarities.

Because our brains naturally select for the negative, we have to train our minds to proactively look for the positive and for what we have in common.

Respecting others is an offshoot of positive regard. It’s not flattery, nor is it following orders.

It is honoring people’s right to be themselves, along with their beliefs, and the way they want to live their lives. It requires empathy, not necessarily agreement.

Treating a person as less valuable or worthy in any way shows disrespect and leads to conflict, both inward and outward. It is false pride to feel good when treating someone with disdain.

Common courtesy shows you can look beyond yourself. It demonstrates caring, generosity, good will, and the valuing of others.

I learned my lesson not long ago while out to dinner in a nice restaurant with my family. We were having a delightful evening, enjoying our food, and discussing plans for a possible European vacation.

My two sons expressed an interest in going, but were having trouble seeing how their university schedules could accommodate a three-week vacation. One son was particularly snarky in his communication.

I immediately got on the defensive, and returned his snarkiness with my own.

“You know,” I said, “you can be really difficult to get along with.” As soon as the words left my mouth, heaviness spread throughout the room. The night was ruined.

I felt both shame and anger. In my mind I determined we would not be spending any money on a European vacation, at least not one that included ungrateful sons. I went home and to bed, but not before my husband told me I had been too harsh.

The next morning I woke up with a guilt hangover. I thought deeply about the night before. The light went off in my head when I asked myself how I would’ve felt if someone had told me I was hard to get along with.

Ouch! That would’ve cut deep, and I said those words to someone I love very much. In fact, I love him so much I was planning an expensive vacation so that his mind could be expanded. Ironic, huh?

The truth is, I could’ve conveyed my frustration in a more courteous manner. For example, I could have said:

“I can see this is going to be complicated. Why don’t you give it some thought and we can talk more about it next week when we have more information.”

Immediately, I texted him, “Please forgive me for the harsh words I said to you last night at dinner. I realize they were hurtful and it hurts my heart to know I caused you pain.” I heard back from him in seconds: ”No worries Mom. I love you.”

Here’s what I’ve learned about building a kinder world through common courtesy:

When you make eye contact with anyone, say hello, smile, or wave. Everybody wants to be recognized, included, and acknowledged.

Say please and thank you.

Being polite sends a safety message. It shows positive regard and respect.

Be courteous in conversation.

Ask people questions about themselves to show a genuine interest in what’s important to them. Then fully listen. Show people you value and respect what they say, even if you disagree with them.

Admit when you are wrong and apologize.

Build people up instead of tearing them down.

Let people know what you admire about them. Give genuine compliments freely. Tell them you believe in them and share their good qualities with others.

Show people you care by going out of your way to perform acts of kindness.

The bottom line is: Follow The Golden Rule. It is no surprise that some form of it is found in every culture; it is a universal law. Treat others as you would like to be treated. It’s that simple.

If we don’t like to be criticized, we shouldn’t criticize others.

If we don’t appreciate someone rolling their eyes at us, we shouldn’t roll our eyes at others.

If we don’t want people mocking us to others, we shouldn’t mock other people or gossip.

If we don’t want to be the target of someone’s snarkiness, we need to stop being snarky ourselves.

In the immortal words of Mahatma Gandhi, “Be the change you want to see in the world.”

Barbara Scoville is a licensed clinical social worker practicing psychotherapy in Salt Lake City, Utah. She is passionate about cultivating resilience and combines both Eastern and Western Philosophy into her practice. Check out her blog at www.barbarascovillelcsw.com for an eclectic boost of wisdom and encouragement.

Be Good to Yourself: It’s Not You, It’s Your Brain