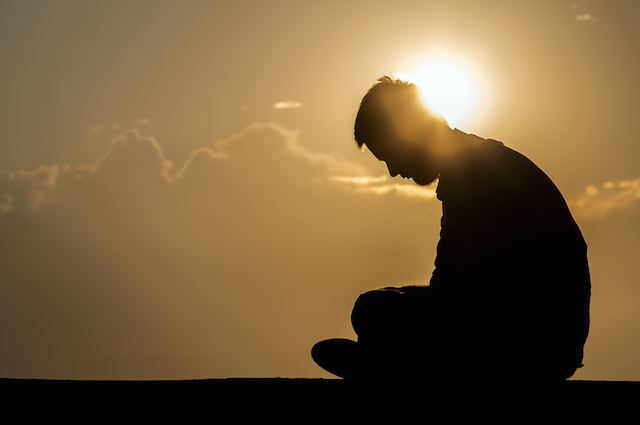 “You alone are enough. You have nothing to prove to anyone.” ~Maya Angelou

Have you ever been the recipient of put-downs, snide remarks, or hostile language?

If you have, your confidence may have suffered a significant nosedive.

I once attended a summer music camp for young musicians. I was studying the piano and enjoyed playing classical music, but I always had a deep fear of performing in front of others, especially other highly skilled musicians.

Desiring to overcome this crippling fear, I decided to audition for an upcoming recital. To my surprise, the audition went smoothly, and I qualified to play in the recital.

Though my performance was far from flawless due to my overwhelming anxiety, I was proud of how I’d faced my fears and completed my performance despite some significant slips.

Some days later, a faculty member asked me to be a page-turner for him for the next recital. I agreed to do so. After that recital, a fellow student approached me afterward and said:

“You page-turn way better than you play.”

After the initial shock had worn off, I tried to brush off the comment. But the voice in my head was swirling with all kinds of thoughts like, “Serves me right for trying to play in the big leagues,” and, “She’s probably right because she is a much better pianist than I am.”

Her biting words festered in me for weeks and months after the camp was over. I’d lost whatever little confidence I had in my ability to play in public. I’d lost confidence in myself, period. I felt helpless and eventually wanted to quit playing.

However, with time and perspective, my confidence slowly returned. And after some reflection, I realized that we can take effective steps to mitigate the damage in the face of significant put-downs:

After the incident, I experienced a series of emotions. My initial surprise turned to anger, which then turned to shame. As I tried to deny the emotions I was feeling, they grew stronger and began to manifest in unexpected and destructive ways.

My first step back on the path to confidence was to acknowledge the emotions I was feeling. Doing so allowed me to observe them rather than be swept away by them.

If you’re struggling with difficult emotions after a put-down, acknowledge the feelings. Allow them to pass through you without resisting or attaching yourself to them, always remembering this simple truth: you are not your emotions.

When we’re put-down, our confidence suffers because we over-generalize and make faulty conclusions about ourselves using the internalized negativity of others.

Regaining my own confidence meant replacing my initial conclusion of “I am a bad pianist” with “I performed that day to the best of my ability.”

If you’re put down or criticized, confine your feelings about the criticism to the action being criticized rather than making it about you. Do this even when the criticism feels like a personal attack.

In fact, the more personal the put-down, the greater the likelihood that the incident is more about the other person’s insecurities than it is about you.

3. Focus on the positive.

Put-downs can make us feel small.

Sometimes, they can feel like a powerful vortex sucking you down or like a powerful ocean current that sweeps you under water. It’s tempting to feel like you have no control over how you feel when you’re caught in a hostile situation.

But you do have power. You can choose to focus on the positive.

In my situation, this meant choosing not to focus on how small the comment “made” me feel. Instead, I chose to focus on how I was willing to put myself out there and fail in order to grow.

When you decide to choose your attitude, you’ll create an emotional shield that can withstand any insult. Why? Because you’ll understand the powerful truth that it’s not the put-down that makes or breaks your confidence; it’s how you choose to think and feel about it.

4. Realize that your worth is intrinsic.

We all struggle with the tendency to tie our worth to our abilities and the opinions of others. We let our sense of worthiness depend on performance—on the job, at home, and even when we’re just hanging out with friends.

We exhaust ourselves by constantly trying to measure up to implicit or explicit standards and expectations. But the sense of self-worth we so desperately seek outside of ourselves already resides within us.

Because I couldn’t play the piano like the person who was judging me, I felt unworthy and useless—despite how well I played. But I’ve learned that my worthiness does not come from my ability as a pianist. My worth is intrinsic to who I am as a human being.

It cannot be bought or earned, but simply uncovered.

When someone hurts you deeply with their words, the last thing on your mind at that moment is forgiveness. But your willingness to forgive and let go will lift your spirit and restore your confidence in yourself and others.

My path back to self-confidence meant forgiving the person who made the careless and hurtful remark to me. This doesn’t mean that I tried to become her friend, or pretended the incident never happened, or demanded she apologize.

It just meant that I chose to stop holding on to my negative feelings toward her and let them pass through me.

It meant forgiving myself for allowing the experience to control my life for a time. It meant giving up the comfort and safety of self-loathing that gave me permission to avoid the pain, but also the payoff, of personal growth.

What past insults are you clinging to right now? Trust that you won’t fall into the abyss if you let them go.

You Alone Are Enough

Are you willing to give up years, even decades, of joyful and confident living over mean-spirited remarks?

Are you willing to believe the lies others tell you so that they can feel better about themselves?

Are you willing to play small rather than rise to every occasion?

I didn’t think so.

Refuse to believe the voices that say you are not intelligent enough, beautiful enough, or worthy enough.

Because you alone are enough. And only you have the power to bring that realization to life.