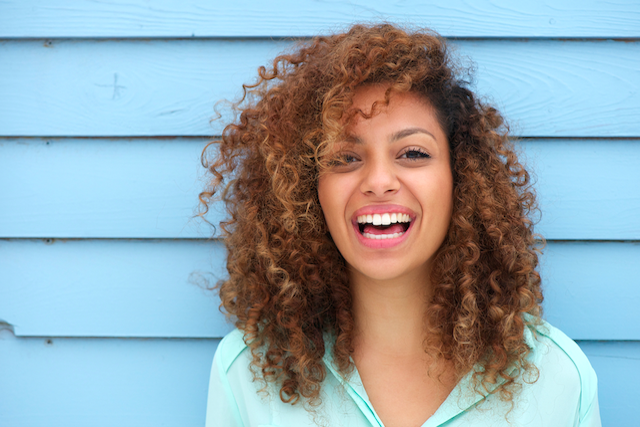 “Shame is the most powerful, master emotion. It’s the fear that we’re not good enough.” ~Brene Brown

I’ve always had a temper for as long as I can remember. It would show up at the most innocuous times—when playing a board game with my family, at the dinner table, or sometimes right in the middle of a shopping mall.

At the time I had no idea why I would get so frustrated, so red-in-the-face with pure rage and an intense feeling of absolute helplessness. Even more puzzling was the triggers to these episodes.

Usually it involved losing at something as trivial as Trivial Pursuit. Sometimes it was because I was struggling to get my point across and felt dismissed. Other times it could be out of pure jealousy of something or somebody.

The victims of my ire would be widespread and varied, from my dear sweet elderly grandmother, to my passive cool dude of an elder brother, and many family members, teachers, and friends in between.

It wasn’t until years later that I began to realize that all these events and triggers had something in common: I didn’t feel good enough.

Let me give you a shining example that I hope you can relate to.

I was fourteen years old and in my art class, fooling around as usual. (I later came to realize that was another modus operandi to get attention and distract people from my perceived flaws and real feelings. In later life I even made a successful career as a professional stand-up comedian out of it!)

We were making the classic piece of art every kid in every school at some time make—sticking macaroni to paper using glue. Yes, it wasn’t exactly Jackson Pollock or Andy Warhol, but I was told it was art all the same.

The teacher was like a lot of teachers I had, complimentary of the kids she liked, dismissive and frustrated with the ones that challenged her. Guess which category I fell into?

I empathized with my teacher, as it was easy to get frustrated with me. I could be belligerent, defensive, grumpy, and sometimes downright offensive. However, I never knew why.

On this particular afternoon, I decided it would be fun to place the macaroni on the paper, but not actually use any glue. When it was my turn to stand up and show my work, the result would be a macaroni tsunami of epic proportions!

Yes, the kids laughed and I was the clown, the jester, the hero—for a while. Then I became the laughing stock as the teacher berated me for not following instructions. Now I felt angry! From the comedian swept away in adulation to the scolded victim seething with bitterness in less than five seconds!

I vowed to fail every art class I attended, to make every class difficult for the teacher, to show her she was wrong to dare challenge me.

It took many years of work, struggle, upset, despair, and hope to get to where I am today. Here’s what I learned to be true: to understand why I was behaving this way, I had to look at when I first experienced trauma.

Nobody gets out of childhood unscathed. There is no such thing as a “normal upbringing.” We can suffer large scale events that are memorably traumatic, or smaller, more frequent events that are less memorable but no less damaging. I fell into the latter category.

What I learned is that my mother never really listened to me. She was just too busy. Too busy working nights as a nurse, too busy trying to pay bills, too busy cooking, clothing, and feeding us.

It really must have been hard for her. At the time I never realized this—of course, which kid does! Now I know that she did her best. She is innocent. I believe every parent is, despite the damage they cause.

In fact, I realized we are all innocent, and no human being ever sets out to hurt anyone. Our circumstances and experiences make us this way.

By not being listened to I was denied love, attention, and care. It was a form of subtle neglect. I also learned that when we experience such feelings (that let’s face it, aren’t very nice!) we find ways to cut them off and stop them happening again.

We do this by deflection. Shutting down, running away, or getting angry are all great deflection techniques that work—for a while. Getting angry was a convenient way of hiding my real feelings. Hiding what pain I was experiencing inside. Hiding the trauma I’d suffered.

I also learned that humor is another defense mechanism that works well for hiding from the truth. However, like anger, it only serves us for so long. Eventually you can’t operate like that anymore. It simply takes too much energy, costs too many relationships, and feels too painful.

Now I follow these simple (but not always easy!) rules to help me overcome my struggles:

When we are triggered, our limbic brain (emotional brain) gets first bite at the trigger. I now know that if I can get past this part of the process, I’ll be fine.

One technique I’ve learned is to simply excuse myself from any given situation, take stock, and ask myself a few questions.

These are: What’s the trigger, and what is it triggering? What am I feeling here, and can I allow myself to feel it, understand it, and soothe it? Finally, what’s the truth? Often our emotional brain tells us lies!

What kind of things trigger you to feel not good enough? Minor rejections? Being around people who seem to have achieved more than you? Receiving unsolicited advice? Recognizing your triggers is the key to taking back your power.

Here’s where you can revisit the situation and calmly and rationally explain how you really feel. This is where you get to be vulnerable and communicate what’s going on for you. The aim here is to be met with empathy.

The first step is to practice by yourself in the mirror beforehand. So, in a highly charged or triggered situation, immediately take yourself out of harm’s way (for example, make an excuse to visit the bathroom).

Next, take a few slow, deep breaths, calmly and rationally explaining how you really feel about the situation to yourself in front of a mirror. You can do this out loud (privacy and confidence permitting) or in your head.

The great thing about this step is the empowerment you’ll feel. By looking inward at yourself and talking to yourself, you learn so much about what’s going on for you.

If you are still feeling charged, simply repeat the process above again, but a little slower this time and with more feeling.

When you are ready, take yourself back to the person who triggered you and repeat the process above in front of them. Again, the aim here is to be met with empathy. And because you’ve just practiced this speech and now are more confident and calm, your chances of success will increase dramatically!

3. Be thankful to your trigger.

When I’ve gotten the empathy I need, when I’ve been listened to, I’ll thank the person who triggered me. After all, they are never the problem, the trigger is. I’ll acknowledge them and, circumstances permitting, give them an embrace—or at least a smile—with lots of eye contact.

Here’s where you get to spread your love for yourself onto others. By working on your part of the relationship, you can acknowledge another human being for being understanding, patient, and present for you.

It’s difficult for people to be vulnerable and show empathy. We’re usually conditioned not to do this through our experiences. So make this step an important one and recognize other people’s bravery. They’ll not forget that in a hurry!

Finally, forgive yourself and congratulate yourself for having flaws, for not being perfect, for being simply human. It’s your way of making shame ashamed of itself for ever showing up.

You see, shame makes us feel not good enough. But the truth is that our greatest fear isn’t being not good enough, it’s actually that we might just be powerful, wonderful, and capable of anything we put our minds to.

Today, believe what is true. You are an amazing, wonderful, and powerful human being who the planet is lucky to have walking on it.

Matt Turner is a Relationship Coach based in Vancouver, BC. He is also Co-Director of Vida Relationships, a dedicated team of Relationship Therapists and Marriage Counsellors working with individuals, couples and families. Contact Matt today thorough the Vida website for in-person, telephone and email counselling. Also visit the Vida Twitter and Facebook page for up-to-date relationship education.