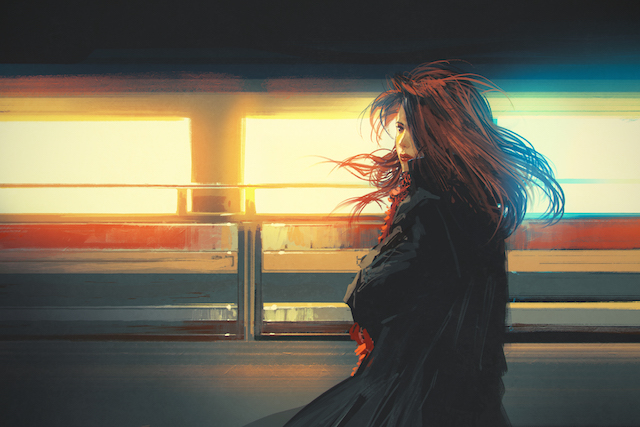 This June marked twelve years since I got divorced and moved 1,000 miles away from my hometown. It’s an anniversary that I usually remember, but not one that I tend to dwell on… until this year.

This year, the memories of the demise of my first marriage were hovering at the forefront of my mind.

Whatever the reason, it caused me to reflect on what I’ve learned in the last decade or so.

My ex-husband and I met in high school, when we were seventeen, and had been dating for seven years when we got engaged.

I think on some level we knew, even then, that we shouldn’t get married, that things weren’t that great, but people were starting to ask, and everyone (including us) assumed that we would get married. So we did what we were “supposed” to do.

Things were okay for a little while, and outwardly we seemed happy. Inside, however, things were crumbling. We kept trying to put the pieces back together, but every time we tried to hold tighter, things dissolved into another argument, each cutting more deeply than the last.

By the end we barely spoke, each retreating to separate rooms for the evening. Eventually, I got up the nerve to call it quits. He agreed, and for the most part, the split was amicable.

Honestly, I think my decision to move away was harder for him to accept than the divorce. Maybe because it made things seem more final.

So here I am, twelve years later, older and hopefully wiser, looking back at that time in my life and thinking…

It was horribly hard to leave what I had known for the previous ten years: a spouse, a home, a friendship. How do you walk away from the one who was your closest connection for that long?

Was creating a new life scary?

I moved 1,000 miles from almost everyone and everything I had ever known. Starting over is hard, really hard—especially when you feel like you failed at holding together something as important as a marriage.

Would I do it again?

Staying in that relationship was killing us both, because we were growing and changing, but not in the same way—not on the same path. My life now is so vastly different from what I thought it was supposed to be back then. I could never in a million years have planned for my life to be the way it is today.

So what have I learned?

I need room to grow.

In that relationship, I didn’t have space and freedom to explore myself—my thoughts, feelings, and beliefs—and it was stifling. When I had a new idea, I usually received harsh criticism and derision.

Understanding ourselves and what we stand for is vitally important to our happiness, and we need room to figure those things out.

Relationships need to be elastic. When we stretch past the boundaries of what we know in the relationship, those boundaries either expand to hold the new ideas or they crack and fall apart.

I was stretching, and the relationship was trying to restrict me. Eventually it couldn’t take the strain.

Letting go of that relationship meant letting go of people’s expectations about what my life should be (including my own). It was so hard, and it felt like everything I knew was falling apart, like the world was crumbling around me.

But there is so much possibility without those expectations. Starting over gave me an opportunity to craft a new life for myself in ways I had never imagined.

Yes, it was hard. Yes, it was scary. I hope I never have to start from scratch again, but now I know that I have a choice.

We all have choices. We can choose our direction, every single day.

We talked about remaining friends (and I know some of my friends have made that work), but honestly, we couldn’t remain friends and still move on. I left it all behind and started fresh.

When you rebuild a house that has been damaged by a fire or other disaster, you don’t just start building on top of what is there. If you do, it will quickly fall apart again. First, you have to remove the debris and get back down to the most solid foundation.

The solid foundation in my life is me. Always. I had to let go so that I could find myself.

These lessons are relevant for any relationship.

Whether it’s a romance, a friendship, or even family relationship, sometimes you have to take a hard look and make a hard choice. Even if the choice is to stick it out and not let go.

When you take the time to really know yourself—know your values, your beliefs, and what is important to you—you can make the right choice, even when it’s hard.

Tina Robbins is a Core Spirit Coach, helping women rediscover who they are after years of letting other people drive their lives. You can find her at www.openroadscoaching.com, on Facebook https://www.facebook.com/OpenRoadsCoaching, or on twitter @openroadscoach.

Letting Go of Attachment: From A to Zen