Made a Big Mistake? What to Do Instead of Beating Yourself Up
By Bryn Bamber 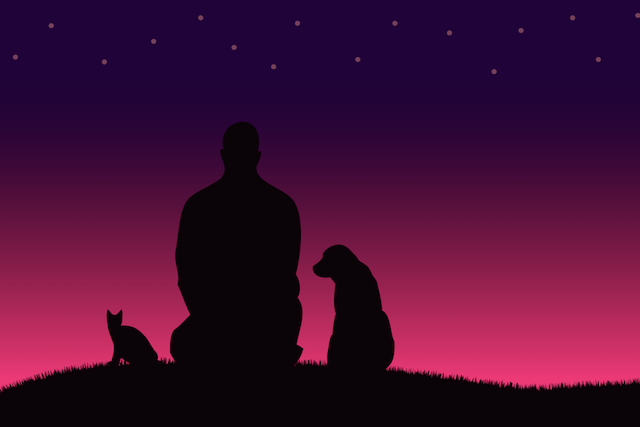 “Note to self: Beating yourself up for your flaws and mistakes won’t make you perfect, and you don’t have to be. Learn, forgive yourself, and remember: We all struggle; it’s just part of being human.” ~Lori Deschene

When I was in twelfth grade I took a World Issues class and learned about colonization, child soldiers, and how some children, by no fault of their own, had a much more challenging life than I’d had. After that, I wanted to help but wasn’t sure how.

Then, at age twenty-three, I was hired at a non-profit organization where I had the opportunity to work with teenage girls in prison. Finally, I had a real opportunity to help and I wanted to be perfect.

It was my dream job. I was excited. But then I made a big mistake.

I walked into the prison and filled out the visitor’s sign in sheet. I waited until Sharon, the classroom teacher, came to meet me.

She was rushing, as she often was, trying to accommodate me and keep teaching her class.

“A couple of girls tried to knock themselves off last night, including Kate,” she said quickly, “so they’re not in class today. But it’s fine to go ahead with the interview.”

“Yeah,” said Sharon, “They’re just trying to get attention. Don’t worry too much about it.”

I cringed. My breath got short and my stomach tightened. I couldn’t imagine that it was only about getting attention, and something felt off about going ahead with the interview.

Before I really had time to process what had happened Sharon opened a door with her key card and held it open. “Kate’s in here with one of the staff, go ahead. She’s fine,” she said. I stepped through. She let go of the door and walked off quickly to get back to her class.

I was interviewing Kate that day for a blog post. My organization wanted to profile her to show the breadth of work that we do. I had a list of questions I’d prepared and a recording device.

I’d been working with her class for a couple of months. I was running a workshop on advocacy, so I went in once a week. I’d brought in guest speakers to inspire the girls, and now they were working on their own advocacy project—telling their stories through a short film.

I liked Kate. She wasn’t afraid to share her opinion and was a bit of a class clown. She was seventeen and had had a difficult life but was tough and resilient. I could tell her sense of humor helped all the girls through the hard days.

She seemed fine. We joked around and then got into my prepared questions. I turned on the voice recorder and started asking her about her childhood and her life.

Half an hour passed quickly and then I packed up my voice recorder and said goodbye. A staff member took me through a series of magnetic lock doors and I left.

When I got back to my office there was a message from the manager of the prison on my voicemail. She’d heard I’d asked Kate how she ended up in prison. Kate hadn’t answered, but since youth in Canada have special privacy rights when they’re involved with the law, the manager was very upset.

She was also upset that that I’d interviewed Kate when she was in a vulnerable state and said that never should have happened.

I felt terrible. My face got hot and breath shallow. I’d wanted so desperately to help and now I felt like I was making things worse.

“What’s wrong with me?” I asked, “Why didn’t I follow my instincts and postpone the interview? Am I really making things better or am I just making things worse?”

These thoughts ran through my head for weeks following the event and I began to seriously question if I could do this job.

And I was scared of messing up again, so I became a perfectionist with everything I did. I would spend weeks editing a single email to make sure there wasn’t something inappropriate in it.

And eventually it got to be too much. It was my dream job but it was too hard. The girls’ stories were too sad. I couldn’t do as good of a job as I wanted to.

I could barely get up in the mornings. I was too tired, too depressed. I was burning out.

I knew I couldn’t look for another job; I’d just be looking for something similar. I’d landed my dream job but couldn’t do it. I needed to press the reset button on my life.

So I moved to a yoga and retreat center in the Canadian mountains and spent two years learning to meditate, learning what was within my control, how I could help, and what was not my responsibility.

And eventually, I learned how to forgive myself for the mistake I made with that young woman. I realized that my intentions were good, that I hadn’t meant to hurt her, and that I’d made a mistake but it wasn’t quite as big as I’d thought.

And after two years of studying yoga, I went back to the same job. Working with youth with similar stories, I learned to do it better. I still made mistakes but was better at forgiving myself. And I could see that the positive impact I was making outweighed these errors.

If you’ve made a big mistake (or even a small mistake!) you can forgive yourself too.

1. Tell someone you trust.

The best thing I did after making the mistake with Kate was call my boyfriend. He listened to the situation and then said, “Bryn, honestly, if I was in a rough place and had attempted suicide, you’re exactly who I would want to talk to the morning after. I’m sure your kindness helped.”

My boyfriend wasn’t the type to give compliments, so I believed him and it started the process of forgiving myself.

It might be hard to be vulnerable and share your mistake, especially if you’re feeling deeply ashamed and afraid of being judged. But odds are someone who loves you will view your mistake from a different perspective and help you see the positive intention behind the misguided action.

If you’re anything like me, your instinct after you make a big mistake will be to punish yourself for it. You’ll think, “I have to work harder to make up for it.” You might tell yourself, “I don’t deserve to take a bath or go for a walk in the woods.”

So try your very best to be radically kind to yourself. Take that bath. Go to bed early and get enough sleep. Get outside or take a yoga class.

We’re more prone to make mistakes when we’re tired or stressed. So if you take care of yourself, you’re less likely to make future mistakes.

3. Realize you were doing the best you could with the resources you had.

Maya Angelou said, “When you know better, you do better.”

You probably were doing the best you could when you made the mistake. Maybe you were overwhelmed or exhausted which both make errors more likely.

And now that you’ve made the mistake, you can learn from it and ensure you don’t make it again.

4. See that beating yourself up isn’t helping anyone.

Beating yourself up doesn’t take back the mistake and probably is just making you tired and maybe even depressed.

According to shame researcher Dr. Brene Brown, when you tell yourself, “I am a mistake” it sends you into a shame cycle that is correlated with depression, addiction, eating disorders.

The good news is when you tell yourself, “I made a mistake” you can learn from it and this is correlated negatively with depression, addiction, eating disorders.

I learned a lot from my mistake. I blamed myself for hurting Kate when she was already having a terrible day. And, yes, if I could go back I would do things differently. But I eventually realized my mistake wasn’t as big as it originally seemed and my intentions were good, so I could forgive myself.

I also realized it wasn’t just my mistake I felt bad about; it was also that Kate and the other girls had such difficult lives. I needed to learn that I can’t save people, and that’s okay. I can still make a positive impact, no matter how small, even if I’m not perfect.

If you’ve made a big mistake, I get it. It can be very difficult to overcome. But taking one step at a time, you can learn to forgive yourself and ultimately this will free up your energy to do more good in the world.

Bryn lived for years as a sensitive perfectionist with high anxiety and through Core Energetics she began to take steps to drastically reduce her suffering. She works with artists, healers and entrepreneurs through her podcast and program to help them achieve their sacred goals through healing childhood habits, patterns and trauma. Start today with the free Anxiety Training! And connect on Instagram, Facebook and TikTok!

Moving on from a Mistake: 5 Tips to Relieve Your Pain