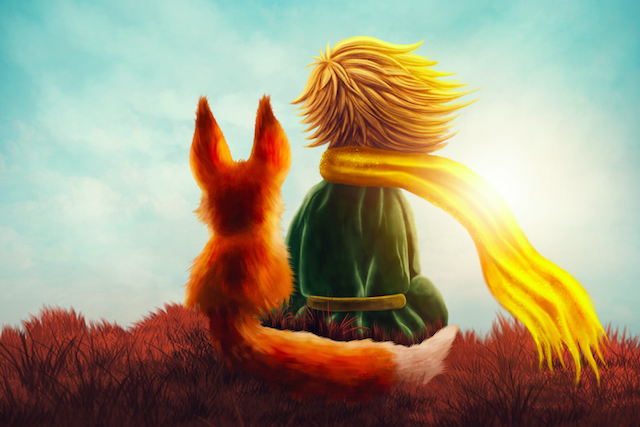 “Our thoughts create our beliefs, meaning if you think about yourself a certain way for a long enough period of time you will ultimately believe it.” ~Anonymous

Imagine thinking this way about yourself every day. No exaggeration. That was me.

I spoon-fed myself toxic thoughts like these on a daily basis for years. And what’s worse is I believed them.

But why? Where do these toxic thoughts and beliefs even come from? Well, for most of us they come from our childhoods, and they are largely based on experiences with our caregivers.

My belief system (which fuels those not-so-nice thoughts listed above) was formed by the tragic death of my mother when I was three-and-a-half years old and by my rageaholic cocaine-addict father. I internalized Mom’s death and Dad’s crazy behavior (trust me, it was bad) the only way I knew how to: I thought I was the problem.

Since he never apologized to me, my growing little mind took it personally and figured I must be the problem. I thought I deserved to be punished and as such, a negative thought pattern was born.

This consistent negative self-talk eventually turned into a core belief: I am wrong. I am wrong.

Imagine growing up believing that your very existence is wrong. That was me. I was hard-wired by my parents to believe this. It was like being sentenced for a crime that I didn’t commit.

As an adult I actively looked for validation in other people as a result of this belief. I became a people-pleaser, a yes man, a guy that would do anything for you to like me. Please like me, please tell me I’m okay.

If you liked me, I felt less broken, but one person liking me was never enough. If I was in a room with 100 people and all of them but one liked me I would worry and fret, wondering what I had done to upset that one person.

I also used each failed attempt for your validation as proof that I was broken. See!

I would go to bed at night saying I was done with that kind of behavior, yet I would wake up in the morning and start it all over again. It was like the movie Groundhog Day. I was living the same day over and over again, and I couldn’t stop.

I hit what I’ll call my rock bottom eight years ago when I was thirty-seven-years old. I hated myself and the life I had created and desperately wanted change.

But how? How do we let go of deeply rooted false beliefs that no longer serve us? The same way we formed them.

You begin by detaching from the individual thoughts that reinforce the negative belief, then you let go of the belief all together. I’ve heard them called illusions, false beliefs, and even lies. It took time for me to believe these lies and it took time for me to undo them.

In order to let go of false beliefs, we have to practice observing our thoughts and recognize when we are acting on old stories about our worth. By repeatedly choosing not to get caught up in the old stories, we can begin to experience the world in a new way.

You don’t go to the gym once and suddenly you’re in the best shape of your life. No, you go five to six times a week, eat healthy, and get plenty of rest. And you do this over and over again.

The same goes for our minds. The more we work toward mindfulness and self-kindness, the quicker we will default to it. When you catch yourself having a negative thought, recognize that you don’t have to get attached to it and choose to let it pass. If you’re having trouble letting it go, tell yourself a new, more empowering story.

And above all else, just remember, it had nothing to do with you. You did nothing wrong. You are not flawed.

I didn’t commit a crime. I just absorbed the information given to me the only way my eight-year-old mind knew how to.

So where do we start? It’s different for all of us, but if you’re reading this and relating to any of it then that in and of itself is a start. That’s the beginning of self-awareness.

For me it was all about becoming self-aware. That was my first step toward personal change.

I knew I couldn’t do things on my own (been there, tried that), so I started with a twelve-step program. Liberation would never be possible if I kept reaching for validation from other people, so I took a deep breath and courageously stepped into my first meeting and admitted that I had a problem.

It was there that I opened up and allowed myself to be seen for who I was: a wounded man who sometimes still felt like a scared little boy. Eventually, little by little, I shared my childhood secrets and I was loved for doing so. It was an eye opening experience, which immediately changed my thought process to: I did nothing wrong.

For the last eight years I’ve been letting go of false thoughts and beliefs, which in turn has created new possibilities for how I think and feel in relationships. I hope you can do the same.

Zachary is a writer, a coach, and a heart-centered entrepreneur who loves helping others. His writing focuses on his experiences around holistic health, inner child work, addiction, recovery, spirituality, and fatherhood. His coaching is devoted to helping people experience deep fulfillment in relationships, career, and life.  You can connect with him at zacharygoodson.com.