On Learning to Cope with Conflict
By Sam Russell 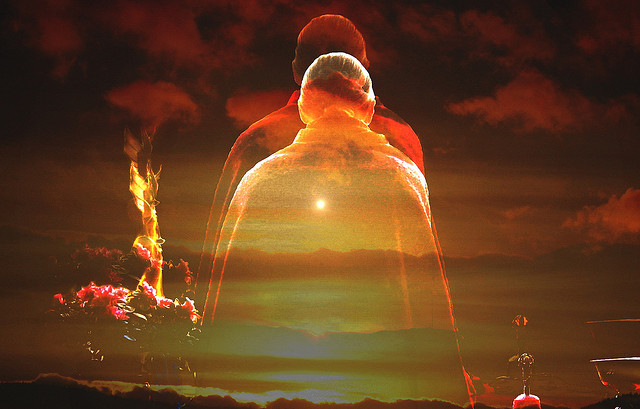 “Peace of mind is not the absence of conflict from life, but the ability to cope with it.” ~Unknown

I fell apart a couple of years ago, unable to cope with the strain I was under—a change in my lifestyle, loss of job security, a less-than-perfect relationship with a parent, bereavement, a painful physical injury, and slowly, through all of that, the blossoming of serious mental illness.

All the while, right up until this month in fact, I’ve been thinking and wishing: “I want all of this to go away, to have never been.”

I shut myself away—terrified of people’s reactions to my mental health, convinced that my life was over at the age of twenty-three.

I’d never be able to get a job again. People would be too frightened to talk to me if they knew the truth. I’d never make a friend again, and the ones I’d managed to keep hold of as I gradually came apart at the seams would end up leaving me.

My wish came true as I began to hide myself away.

I stopped doing the things I loved, like going out for walks along the riverside and meeting up with close friends. I became a hermit and was pretty relieved to have all of the conflict and the potential for conflict that I was so anxious about vanish from my sight.

I felt safe for the first time in months even though I had sacrificed many of the things I loved. I was happy enough, and that was good enough.

It didn’t last long though. The space created by the absence of all that conflict I was desperate to escape was soon filled with grief, disappointment, and loneliness.

I realized, too, that what I had been so eager to get rid of was circling the outskirts of my new found “peaceful” disposition—paperwork that I’d avoided, stories I’d not written because I didn’t think they were worth writing, and a constant state of paranoia. Who could I trust?

I think the worst thing that came from isolating myself was how I’d simultaneously isolated my remaining friends, the ones I was terrified of losing through misunderstanding and fear.

My mental health had changed drastically and I had pushed away the people that I really needed around me. I not only lost out on a wealth of support, but also denied them the chance to learn about and understand me better.

I’m now twenty-five. I’ve been working with an occupational therapist for a few months, trying to tackle the areas of my life and my thinking that stop me from coping and living the life I want.

I smile more. I’ve applied for a job I know I’d enjoy without being worrying about the odds of getting it. And I don’t feel that it’d be the end of the world if things didn’t turn out the way I planned or if I received criticism from someone. I feel more prepared.

I can’t push away my problems and hide from conflict, no matter how difficult or frightening it all can be. I can’t avoid it and pretend it’s not there. I’ve learned that in order to be confident and move forward in life, I have to face my problems and stand up to conflict.

I have to approach it not with fear, but with an open mind and a willingness to learn. I have to be ready to listen, understand, show compassion, and recognize my own flaws. The things that keep me terrified—I have to challenge them.

I still have bad days and I still sometimes hide when everything gets too much. I’m not perfect but then I don’t think that’s the point.

We all shy away at some stage and that means we can always try again. I’ve learned, and taken to heart, that the important thing to remember is this: once we’ve managed one conflict, coping with the next won’t be as bad. That’s a great weight to have off your mind.